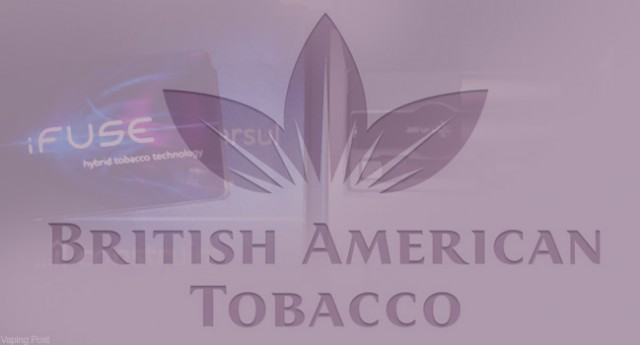 A vaporizer and a diffuser of aromas

Currently marketed in Romania, glo iFuse is an electronic cigarette that combines, according to the manufacturer, the advantages e-cigarette with the rendering of “natural” tobacco flavors.

The British tobacco company would have found a “lack of appreciation” from users regarding their e-liquids with tobacco flavor. The company would thus have decided to couple to a traditional electronic cigarette, using a resistor and e-liquid, a diffuser of aromas made of real tobacco extracts. The steam thus inherits a flavor close to that of tobacco smoke.

British American Tobacco, very active on the UK vaping market, said in a statement to be working on the release of a range of several hybrid systems to meet the “diverse needs” of consumers.

From scientific data to the business case

Sustaining its momentum, the company claims to have scientifically evaluated the toxicity of the substances produced by its new product.

For its glo iFuse, BAT would have made a comparison between this product, an electronic cigarette Vype ePen (also owned by BAT) and a conventional cigarette. The group claims its traditional vaporizer and its hybrid model would generate 98% less harmful components than conventional cigarette over thirty compounds analyzed.

Like any scientific subject, and even more when it comes to the data produced by large-scale industrial laboratories and the obvious economic issues – the tobacco industry invests considerable amounts in Research & Development – it is very difficult for the consumer to accurately picture the risks associated with the consumption of these products.

The electronic cigarette as new vector

Mix styles, confusion of names and other semantic codes associated with the development of the electronic cigarette could benefit an industry muzzled at all levels .

Smoked tobacco still forming, and for a long time, most of its revenue, the tobacco industry would want to slow down the inevitable decline of the production of tobacco with the appearance related products in “support” of the oldest.

It is not uncommon to see that with these new products, manufacturers use their proprietary combusted tobacco brands, as seen in this photo from a website in Romania. The same process happens at Philip Morris International with IQOS, a heated smoking system using refills from Marlboro’s.

Outside the public health debate raised by the presence of the tobacco industry in the course of the reduction of smoking risks, it is clear that the electronic cigarette is indeed upsetting this imposing industrial field.

In France, a part of the electronic cigarette industry proclaims, through its FIVAPE association, its independence from the tobacco industry. In the United States the share of unaffiliated trade in tobacco still represents an important part of the market .

So they can still put all kind of stuff in. No thank you

The more harm reduction choices that smokers have, the better. This has been a long time coming.

What a joke. If you want to smoke, grow your own tobacco and roll your own cigarettes with a decent paper. Our grandfathers used to smoke that way without getting all kinds of cancer related problems.