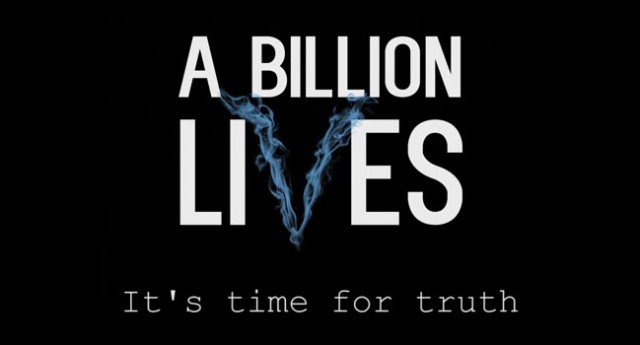 The documentary A Billion Lives, produced by the American Aaron Biebert will be released as a world premiere on May 11, 2016 at the Edge Doc Film Festival of Wellington, New Zealand. The film tells the revolution of the e-cigarette and the lobbying of the tobacco industry that causes millions of deaths, each year.

This Spring will be dense in premieres since Vape Wave directed by Jan Kounen should follow, as well as Beyond The Cloud directed by Ghyslain Armand, editor of PGVG Magazine, and Sébastien Duijndam.

Where can I find this video, for being released on May 11th; it being June 12th here I still am unable to find this documentary anywhere.. Aug 8th is coming soon..