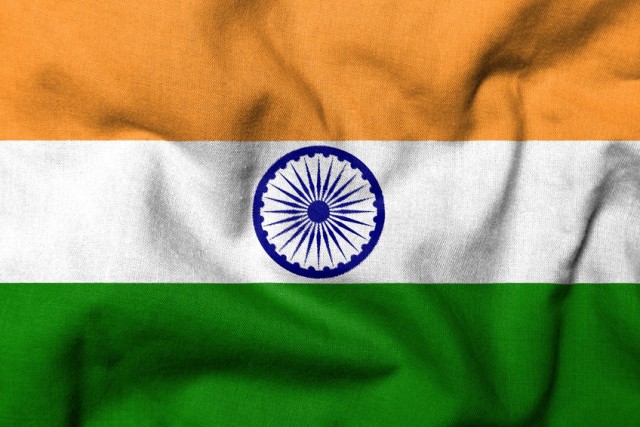 In spite of the absence of current regulation, sale of e-cigarettes is allowed everywhere except in two states, Maharashtra and Punjab. People can easily buy vaping products in shopping centers, online and even on-board national flights.

For the Ministry of health, it is in contradiction with the Cigarettes and other Tobacco Products Act and “it is also contrary to our policy of using public conveyance for health promotion messages”.

E-cigarette ban in Maharashtra and Punjab

Maharashtra (West India) already banned the sale of e-cigarettes (e-commerce and direct sale) after its Food and Drug Administration (FDA) issued show-cause the product was being sold without mandatory permission from Drug Controller General of India (DCGI) which is in direct contravention of Drugs and Cosmetics Act and makes the trade illegal. Punjab (North India), also banned its trade. Any shop selling the device in the two states will receive a prohibitory notice to immediately stop and undergo lawsuits.

The e-cigarette is not sensed a viable option by Indian researchers. Their position is rather strict on the subject, and leaves no opportunity for the e-cigarette to become legalized someday in the country.

A dark future for the e-cigarette

The Central Government, in 2014, appointed an Expert Committee consisting of doctors, scientists and activists to analyse the effects of e-cigarettes on the human body. The committee, in its report, vehemently opposed the use of e-cigarettes and proposed banning the device on the territory, putting forward a Gateway effect to smoking and addiction to nicotine.

“E-cigarettes help to maintain the habit, not quit it” -Pr P. Chaturvedi
According to Pr Pankaj Chaturvedi (Head and Neck cancer surgery, Tata Memorial Hospital in Parel), the e-cigarette are “much more sinister than smoking cigarettes”. His arguments address minimal lethal dose of nicotine, propylene glycol, regarded as an industrial poison.
“ENDS is a Trojan horse, capable of wreaking havoc as an addictive device” -Dr S. Reddy
For Dr Srinath Reddy, director of the Public Health Foundation of India (New Delhi), the e-cigarette will de-normalise many of the tobacco-control rules, the physician also notices the adverse effects of nicotine on foetal brain development and on the cardiovascular system.

Dr P.C. Gupta, director of HEALIS Sekhsaria Institute for Public Health (Mumbai) attacks flavoring agents that are “just another way of luring young potential clients”. He considers that e-cigarettes are  a “marketing tactic by the tobacco industry to introduce a new product while also maintaining the old tobacco products in the market”.

Finally, a nationwide ban of e-cigarettes is also pushed forward by medical associations, regarding the side effects of their unregulated sale. The Madhya Pradesh Medical Officers Association (MPMOA, Bhopal) has demanded a state government to prohibit them. The Dr Lalit Shrivastava, its patron, declared that the e-cigarette is “a violation of Cigarette and Other Tobacco Product Act (COPTA) Act 2003”.

What about smoking tobacco?

In India, the second largest consumer and the third largest producer of tobacco in the world, 275 million people use tobacco products and the total cigarette market would be ranging between $6 and $9 billion. According to the Hindustan Times, one million deaths per year in India may be related to tobacco use, approximately one-sixth of the world’s tobacco-related deaths.

In the domain of health protection, India has one of the world’s weakest tobacco warning regimes. The country is ranked 136 among 198 countries according to the international status report on Cigarette Package Health Warnings, 2014. Countries ranked after 143 do not display pictorial health warnings at all.

India was one of the eight countries to ratify the WHO framework convention on tobacco control (WHO FCTC) on February 5, 2004. Then, India has accepted to follow the guidelines for measures that would encourage smokers to quit and restrain nonsmokers from taking the habit.

Currently, images should occupying 65% of both sides of tobacco packages while 15% of the surface may be covered by text warnings. In October 2014, the share between graphic and the text were to be 60% and 25%, respectively, as notified by the Union Ministry of health and Family Welfare. The warnings are to be in English and/or in the language of the brand.

The Indian Health ministry’s September 24, 2015, notification for the implementation of the Cigarettes and Other Tobacco Products (Packaging and Labelling) Amendment Rules, 2014 prescribes larger pictorial warnings on tobacco products.

The 85% pictorial warning coverage came into force on April 1, 2016, to stick up with some other Asian countries like Thailand (90%); Sri Lanka (90%) or Nepal (75%). Such regulation aims at curbing the current tobacco use and to significantly reduce the number of smokers in the country.

“Today, as India stands on the threshold of hosting the seventh session of the Conference of the Parties (COP7) in November 2016, implementation of the 85 per cent pictorial health warnings on both sides of all tobacco packs and the development of a comprehensive tax policy for tobacco products will uphold India’s position as a global leader in health and save precious lives,” declared WHO representative, Dr Henk Bekedam.

There still remains legal confusion over the new rules. The reason comes from the recommendations of a Parliamentary Committee who fear lower sales will hurt tobacco farmers and pretend that no Indian studies shows that tobacco use caused cancer and other diseases in India. Their report suggested that the warnings may be limited to half the packs’ surface area, as a move to protect tobacco farmers’ interests, while promoting health.

“ITC has been compelled to shut its cigarette factories with effect from April 1 2016, until clarity emerges in the current uncertain state of the rules on health warning,” -ITC Ltd.
Leading players of the Indian tobacco market include ITC Ltd (Indian Tobacco Company Limited), VST Industries and Godfrey Phillips India Ltd, a partner of PMI decided to shut all their factories and stop production on Friday April 1, citing an “ambiguity” in the policy mandating larger pictorial warnings covering 85% of the packaging space.

“No ambiguity”, answers the Health Minister

The Union Health Ministry said there is “no ambiguity” in the policy in this regard and it has been made “crystal clear” that products packaged after April 1 will have to carry larger warnings.

Unchecked, tobacco-related deaths from cancers, heart disease, lung diseases and stroke, among others, is expected to increase to over 8 million annually by 2030, 1.5 million of them occurring in India, according to WHO’s projections. Well-conducted researches and studies showing the negative impacts of smoking tobacco on health and positive effects of electronic cigarettes are missing in the country where the lobby of the tobacco industry is still very powerful.