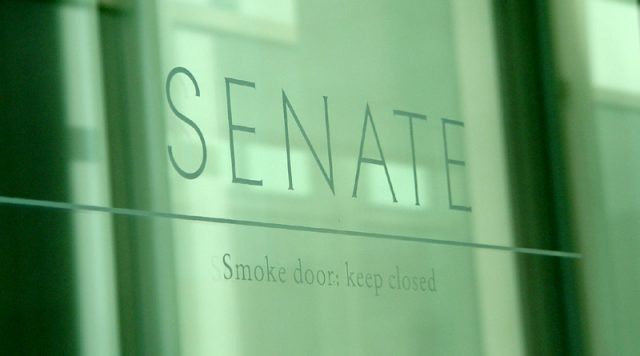 On 25 June 2015, the Australian Senate referred to the Senate Economics References Committee composed of 7 Senators an inquiry into economic and social impact of legislation, policies or Commonwealth guidelines on different topics like bicycle helmet, marijuana, alcohol, or tobacco. The reference terme (a) was focussed on tobacco and nicotine products and more specifically addressed the e-cigarette.

The committee advertised the inquiry on its website, wrote to relevant persons and organisations, inviting submissions to the inquiry and received 485 public plus two confidential submissions. Public hearings on tobacco, nicotine and e-cigarette were held in Sydney last March 9, 2016.

In its interim report, the recommendations of the committee to the Australian Government are to continue to monitor the emerging international evidence around the safety, long-term health effects and efficacy of ENDS in order to appropriately adjust Australia’s regulatory response in the future.

No in-principle concern with their availability but only on prescription

In its conclusions, the committee stated having “no in-principle concerns with ENDS products being made available in Australia for use as a smoking cessation aid, in the same way that other medical quitting aids are available” provided that “liquid nicotine and the ENDS devices themselves are available on a prescription-only“.

The purpose of the report was to broadly address issues related to the sale and use of tobacco, tobacco products, nicotine products, and e-cigarettes, including any impact on the health, enjoyment and finances of users and non-users, but the majority of submissions concerned the sale and use of electronic cigarettes that was mainly addressed by the manuscript.

The current debate on e-cigarettes in the medical community holds a major place in the report that discusses the safety of ENDSs and their suitability as a therapeutic aid to assist those seeking to quit smoking tobacco cigarettes.

Among the most famous submitters, Dr A. Danko of the New Nicotine Alliance Australia, Pr G. Stimson, Emeritus Professor at Imperial College London or Dr Alex Wodak, President of the Australian Drug Law Reform Foundation, Pr Riccardo Polosa, of the Institute for Internal and Emergency Medicine of the University of Catania in Italy.

The manuscript reports that submitters deplored not being allowed to access ENDS because of its illegal status in the country and smokers argue they cannot use “the devices in order to help them quit smoking tobacco cigarettes”.

Numerous users reported their personal experience with e-cigarettes, their success to quit smoking and how their health improved since then. They also reported obtaining liquid nicotine illegally in order to quit smoking, causing them to feel that they are being criminalised for giving up smoking “the wrong way”.

They also argued that current research on the devices suggests that they are significantly less harmful than tobacco cigarettes, resulting in less harm to users and providing an alternative method of quitting smoking cigarettes.

In Australia, nicotine is listed as a Schedule 7 Poison under the Standard for the Uniform Scheduling of Medicines and Poisons (SUSMP). Nicotine can be nevertheless be used for human consumption as a prescription-only medicine under schedule 4, in preparations for human therapeutic use or in tobacco prepared and packed for smoking.

The Therapeutic Goods Act currently does not list any form of ENDS as a therapeutic good.

The area of debate that is most contentious, according to the authors, is the lack of evidence regarding the long-term health impacts of ENDS, and whether this should be overlooked in order to allow tobacco cigarette smokers to use ENDS. Among the different submitted topics, the committee reviewed the Commonwealth, State and territory regulations, the international trends (among which the liberal approach of the UK) before switching to the arguments of pros and cons.

The report identifies two philosophies the “precautionary principle” or “tobacco control” principle, in which the policy response is focussed on tightening tobacco regulation as much as possible to reduce availability, and consequently reduce harm to users. In contrast, the “harm reduction” put forward that the public policy focus should be preventing further harm to people when it can be avoided.

The committee heard and reported several arguments in favor of relaxing restrictions on the use of ENDS:

It also received arguments in favor of the current prohibition on ENDS:

The committee excludes any doubts on the positive benefits to be gained from the broader availability of these devices, particularly in relation to their use as a smoking cessation aid and warrants a degree of caution because of the lack of data on the long-term health effects. Its members expressed concerns about other possible consequences arising from the normalisation but they admit that health risks associated with using ENDS devices are significantly lower than continuing to smoke tobacco cigarettes

No assessment of e-cigarettes by Australia’s Therapeutic Goods Administration (TGA) has been undertaken, unlike other nicotine replacement therapies. It is though the only way that e-cigarette could be legalized for use in the country. To date, reads the report, no company has been prepared to take the step towards TGA’s approval that requires to show evidence of the safety and efficacy of their product. Hence, no e-cigarette company is allowed to legally market their products.

In fact Nicovations Australia, a subsidiary of British American Tobacco, filed an application to TGA for their nicotine inhaler, Voke, to become available over the counter but TGA denied and replied that the inhaler could only be considered a prescription medicine.

A glance of hope arises with the recent release of the Royal College of Physicians’ report that emphasized the conclusion of the PHE that has been widely addressed in the report. A report that has obviously been finalized in late March, too early before the public release of the RCP report on April 28.

This could help dissipate the dark clouds over the benefits of e-cigarettes to public’s health during the writing process of the final report that is due on June 13, 2016.