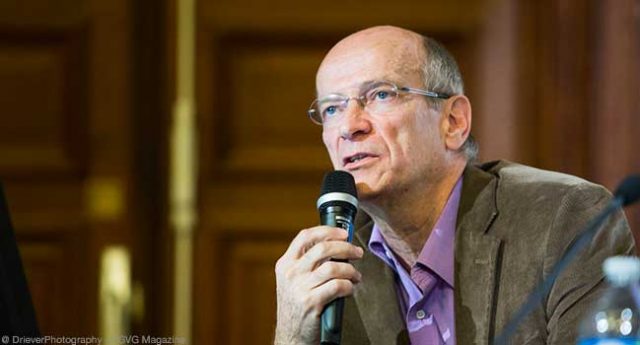 A product to cut out smoking: “Why not, but this remains to be proved”

In order to well define the CNCT, it is important to know that it is an organism that was founded in 1868 and was called Association française contre l’abus du tabac (French association against tobacco abuse). After several changes in denomination, it became Comité National Contre le Tabagisme (national committee against smoking) or CNCT in 1968 and has been recognized of public utility in 1977. CNCT played a major role in the ruling of the Veil and Evin laws in 1976 and 1991, respectively. The association is also a member of the Alliance contre le tabac (Alliance against tobacco).

Nowadays, CNCT is no more refractory to the idea that the e-cigarette could be considered a product to cut out with tobacco but it remains cautious and adds that it “remains to be demonstrated by scientific data”.

The progress can be measured by comparing the present-day’s position with that of its president, Pr Yves Martinet, who declared in December 2010 about the e-cigarette “It is a scam and a gimmick” before the French media. And for the president to add at that time: “This product is of no medical interest to stop smoking, some countries ban it by the way. For the moment, the product has not been scientifically evaluated” [1].

As of the end of 2010, many studies evaluated various aspects of the personal vaporizer, among them Public Health England report in August 2015 that concluded on a 95% safer profile for the e-cigarette compared to the classical tobacco ones. CNCT adopted this view and admitted that it is a “reasonable approximate compared to tobacco smoke toxicity“.

“Our enemy is tobacco”

Last Monday, Daniel Thomas was commissioned by CNCT to attend the first Vape Summit in Paris. Beside his functions at CNCT, he is also a Professor at the University of Paris VI and a cardiologist. He declared attending the meeting “objectively and open to discussion”. He added: “The associations fighting against smoking are generally regarded as anti-tobacco and anti-vaping. This is totally wrong! Our enemy is tobacco et it has been the first words of the morning“.

As a physician, Daniel Thomas is cartesian and asserts CNCT’s position, overcautious for some people, “the issue is to make use of scientific data and to stick to those data as much as possible. Believing that it is a miracle cure might misguide concerns towards non-robust scientific facts. Without such facts, physicians or politicians cannot be asked to take decisions“.

“No benefit in case of dual use”

Daniel Thomas and CNCT indentify two potential brakes for e-cigarettes to be considered in harm reduction. He considers that in case of dual use “there is no benefit to be expected in terms of harm reduction, mostly with regard to cardiovascular diseases”. He dreads sympathomimetic and catecholergic effects for vapers with heart disease, principally with last generation e-cigarettes that better diffuse nicotine.

Jacques Le Houezec, co-organizer of the summit and tobacco expert disagrees with these positions “Daniel Thomas is mistaken about absorption velocity with last generations of personal vaporizers and on the high level of tolerability to the effects of nicotine among smokers. If those effects are theoretically possible, they are clinically poorly significant.”

CNCT supports the ban on vaping in public places. The association is in favor of a prohibition of the e-cigarette where smoking is also forbidden. According to its spokesman, passive vaping exists and there is a transfer of nicotine to the blood of non-smoker-non-vaper subjects, even if science asserts no passive vaping. Finally, from a preventive standpoint, CNCT considers that “the objective of smoking ban in public places is to de-normalize tobacco consumption. The come-back into grace of a proudly displayed nicotine dependance and consumption in public places by vapers will reinstate a glamorous look to this dependance.”

… nevertheless “a product of an indubitable interest”

From a legal point of view of the e-cigarette, Daniel Thomas welcomes the TPD. “In the Royal College of Physicians’ report, it is stated that one of the tricks is to not stifle the development of this product that is of an indubitable interest. And at the same time not to let it spread without any regulation on quality“, he justifies. “The TPD will valorize this product since it will increase its reliability, in my opinion. Whether it is restrictive or favorizing Big Tobacco, maybe, but it is up to us to make sure that it does not happen because it is a thread“.