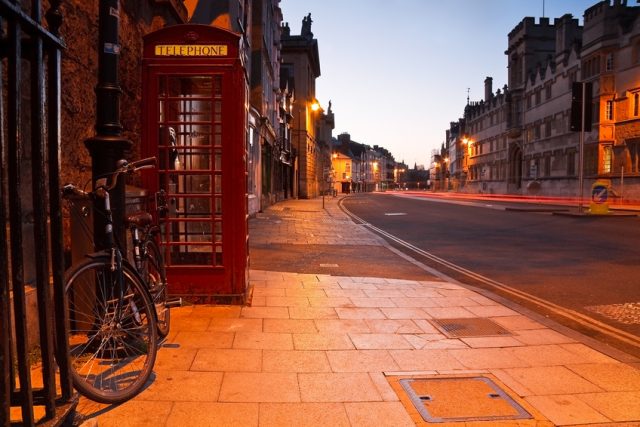 The number of vapers continues to increase in Great Britain. From 2.6 million last year, it is now estimated to 2.8 million, a 4-fold increase over the 4 last years, according to the ASH factsheet.

A remarkable point that is highlighted by the executive summary is the quasi 1:1 share between smokers and ex-smokers using a personal vaporizer and a steady increase of ex-smokers to the detriment of smokers, which confirms that e-cigarettes are playing a role in smoking cessation.

In a Press release, Dr Leonie Brose, Lecturer in Addictions at King’s College London said: “This survey provides further confirmation that regular use of electronic cigarettes is almost without exception confined to smokers and ex-smokers.”

More than 60% of British adult smokers have tried the e-cigarette and almost one third have adopted it to become current users. This fraction is even higher among ex-smokers, for which half of the triers is now a regular user.

The frequency of use, this year is estimated to 88% among ex-smokers, a 10% increase from last year (81%). For dual-users (current smokers), the number remains unchanged compared to last year.

This year’s trend on use of advanced device is confirmed with more than seven out of ten users.

Never-smoker are not attracted by e-cigarettes

The experimentation of the e-cigarette by adult never-smokers is low and the proportion of never-smoker who became current user is in steady state, compared to the previous years of the survey.

One third of the ex-smokers who vape has been doing so for less than one year, the remainder, a large majority of them, being considered as long-term vapers with more than one year of regular use.

Most vapers turned to e-cigarette to wean themselves off smoking

When asked about their motivations to use the e-cigarette, 2/3 of the ex-smokers have answered that they used it as an help to quit smoking, as expected, but the second reason is that it helped them save money (for 47%).

In contrast, for current smokers, the motivation is either to reduce tobacco consumption (42%) without stoping completely, to stop (35%) and to attempt quitting (30%). The financial reason seems to be secondary compared to the will to cut with the habit of smoking.

The fact that many smokers still smoke deliberately while using the e-cigarette, sometimes for leisure or because it is more convenient at work than smoking, indicates that they are probably still not convinced by the “95% safer” message conveyed by Public Health Authorities.

A wrong message is perceived by the public

Less than half of British adults see in the e-cigarette, a safer alternative to smoking. But only half of them are conscient that it is much safer than smoking. There remains a majority of people who have no idea or a negative idea in regard of e-cigarette safety. This is a point where the promotion of the product to the wide public could have been more successful, especially during those last years where the perception of safety has decreased in detriment of its harmfulness.

People having experienced smoking are aware, because more involved, than the rest of the population of the potential health gain that offer e-cigarettes.

Another interesting point is raised by the survey that addresses the motivations of smokers not to use the e-cigarette any longer. One out of four indicated they were disappointed because they expected a closer feeling to smoking. One out of five answered that it was of no help with craving for smoking. Less than one out of six just wanted to give it a try.

It is clear from these numbers that the poor performance of the the most basic e-cigarette that was used by those people is likely the cause of their negative vaping experience. It may also be due to a bad counselling or no counselling at all. This is often observed among those who purchase disposable or cheap refillable devices in public stores because they are heard about it but were not convinced e-cigarette may fit to them.

It is easy to be disappointed by a product of bad quality or when choosing a nicotine strength too low. The survey also shows the use of disposable electronic cigarettes is low among current users but privileged by dual users. Third generation devices are most often used by ex-smoker who are also long-term and experienced vapers.

The role of counselling for an effective switch

Advises from experts point out the need to sometimes combine regular NRTs with vaping, and to choose the highest nicotine strength since the experimenter is able to unconsciously down regulate nicotine uptake through vaping.

To end with motivation and as a confirmation of hardware limitation, it comes from the survey that some non-users would be more keen to try again if it felt more like cigarettes or if they gave cessation another try. Almost one over five were so disappointed by the product that they do not want to give it another try.

Substitution of an addiction to another

The assurance of safety is one of the concerns of those who gave up using it and the main concern of those who are still reluctant to use it. Among the latter, the substitution of an addiction to another is a problem, as well as a lack of confidence in the product. So many arguments that reveal a misunderstanding on the subject and that point to effort in counselling or, at least, discussion with users.

The last aspect of the survey that adresses nicotine consumption will probably reassure those who still believe that vapers are high consumers of nicotine because their device is also called ENDS.

“You smoke for nicotine but you die from tar”

Misperceptions about the relative risk of vaping and smoking are growing, not declining, as a confirmation of last year’s trend. The perception of the harm of smoking is still often associated to nicotine among the wide public but smokers are, here again, aware of what are the most deadly consituents of their smoke.

British vapers within the “norms” established by Europe

Almost 80% vapers are consuming e-liquids that comply with the TPD (<20 mg/ml or 2%). It is also interesting to notice that 95% vapers know the nicotine strength of their e-cigarette, which is probably not the case of smokers. The authorized higher range of nicotine remains the most successful product while Zero Nicotine is surprisingly used by a non-negligible proportion of (10%) vapers.

The volume of e-liquid consumed per day is, for most vapers (72%), less than 4ml. With a TPD requirement of a maximum tank size of 2 ml, this would imply that most vapers would have to refill less than two times per day.

Non-tobacco flavors contribute to the popularity of e-cigarettes

Fruit, mint and tobacco are the flavors most vapers (∼80%) prefer. Exotic flavors that remind cocktails or other drinks (including energetic drinks, coffee or chocolate) are of marginal use. With 35% vapers pruchasing tobacco flavored e-liquids, the survey also indicates that most vapers are appealed by the wide variety of flavors offered by e-cigarettes, and probably by the fact they can switch from one to another, even during the day.

In conclusion, chief executive of ASH, Deborah Arnott’s message is “Smokers need to understand that if they can’t quit altogether, by switching to vaping they can improve both their quality and length of life”. A discourse that reminds that of the Royal College of Physicians and of the French Federation of Cardiology.