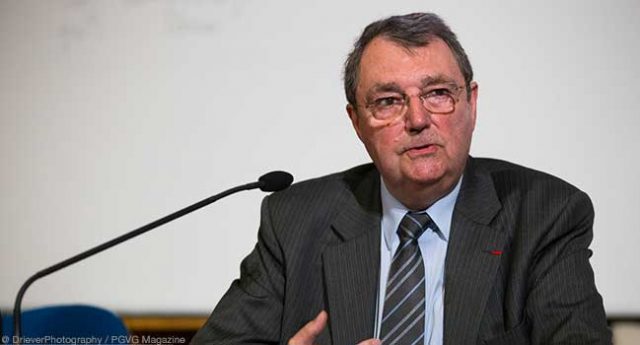 The ANM has been recognizing the value of the e-cigarette for many years but has nevertheless commended additional studies. In October 2013, it declared that the personal vaporizer was an alternative choice to the classical cigarette because it contains not tar nor solid particles, what was acted in the report published in March 2015.

“The Academy of Medicine voted a report that is very clear. The electronic cigarette is much more valuable than the tobacco cigarette that kills half of its consumers, one can hardly find a worse candidate for a regular consumer product. The e-cigarette contains no tar and doesn’t burn so it does not produce carbon dioxide” repeated Gérard Dubois during the 1st Vape Summit.

The Academy was making a reservation in respect of “youth initiation to nicotine”, fearing of a potential gateway to smoking. The study published by Paris Sans Tabac, discussed during the meeting, lifted the ANM’s last doubts regarding the role e-cigarette can play in tobacco harm reduction. “We were fearing that e-cigarette could play a role in initiation to tobacco among young people. Clearly, the studies carried out in France and in England show the opposite. A study on Parisian pupils demonstrates that it is the opposite. One can interpret the situation as if the e-cigarette turned tobacco uncool” said Gérard Dubois.

And to the question of promoting e-cigarette as a tobacco harm reduction help, the professor of medicine states that “It is an interesting product for smokers looking for solutions to stop. E-cigarette demonstrated its potential in smoking cessation. And, as a last advice, it is worth quitting smoking altogether to benefit from health gains.”

Advertisement limited to the points-of-sale

The ANM’s position on advertisement is rather objective. “It must be available on the points-of-sale, it seems sufficient” says Gérard Dubois. “We are not in favor of large scale advertisement in the media, what is happening now and sounds inacceptable to us”, he adds, aimed at products advertised by Big Tobacco companies.

With regards to forums and reviewers, Gérard Dubois is more nuanced: “I have no clear answer on this subject. For me, a advertisement is an information misguided for money. In contrast, exchanges between consumers do not seem to be a problem”.

Vaping in public places: “A wrong signal to smokers”

The ban on vaping in public places is one of the clearest messages carried by the ANM. “We believe that allowing vaping in public places is a wrong signal sent to smokers because many vaping products look like tobacco products, principally those developed by the tobacco industry. The smoker, at least in France, is awaiting for any positive sign to start smoking again where it is forbidden. We see no reason why to come back on this decision even if some argue that it is ‘sending back vapers alongside smokers‘“. It is, by the way, one of the three points on which stakeholders did not find a consensus.

It is good to hear that someone is speaking sensibly about vaping but no one has explained how western governments are going to pay for their armies of anti-smokers now that most smokers have started vaping and quit paying tobacco taxes. Without an alternate source of revenue millions of anti-smoker bigots will be thrown out of work. Vaping is causing a crisis for these bigots and their bigoted families.

I would like to first say, that I am proud to see the world stand up, and take a stand to prove that Vapor products are a safer alternative. However, something concerns me about the language of this specific statement. ‘The e-cigarette contains no tar and doesn’t burn so it does not produce carbon dioxide” repeated Gérard Dubois during the 1st Vape Summit.’ I’m curious if the original statement actually said “Carbon Dioxide”, or if this is a misquote. Carbon dioxide happens when we breathe out. However, because vapor products do not use combustion, Carbon Monoxide would not be present. There is a BIG difference in Dioxide and Monoxide. While the words are similar, they are inherently different. Please confirm the actual quote, and clarify this point.