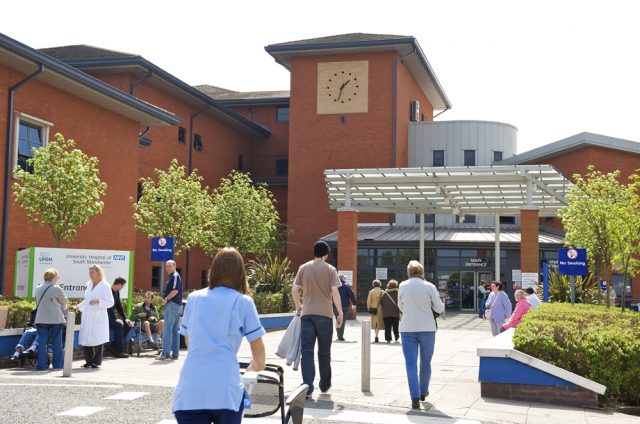 The researchers found that increased white blood cell activity in response to e-vapor exposure was similar to that observed in smokers of traditional cigarettes and share similarities with the debilitating lung condition Chronic Obstructive Pulmonary Disease (COPD) [1].

The cells tested by the researchers are neutrophils, the most abundant type of white blood cells that are part of the innate immune system. These are mobile cells, able to aggregate and digest pathogens. They are also synthesizing anti-microbial substances to be released extracellularly and produce fibers to embed exogenic substances.

The British media, when citing this article, point to a “serious lung damage” or “dangerous levels of lung inflammation“. The headlines are unequivocal on the potential harm that is expected from e-cigarettes, even quoting the lead author, Andrew Higham: “Our research shows quite clearly that there are risks associated with long-term use of these devices in terms of pulmonary inflammation. There has been a lot of public discussion on e-cigarettes, but we think that the public needs to be aware of the potential harm these devices may cause, which will empower users to make informed decisions”.

Nobody pretends that e-cigarettes are 100% safe

Nobody pretends that e-cigarettes are 100% safe. In fact, PHE report estimates that they are 95% safer than tobacco cigarettes, which leaves 5% of uncertainty with regard to their safety. In a recent Vapepost, Michael Mosley experienced e-cigarette and a medical examination revealed transient lung inflammation. Last week also, cultured cells exposed to flavors evoked analogies with cystic fibrosis, another debilitating lung disease.

Scientists nevertheless agreed that cigarette smoke is far more toxic than e-cigarette aerosol. Although some compounds in e-liquids deserve particular attention to improve their safety, this should not push away smokers to try less harmful alternatives such as vaporizers if they can’t or don’t want to quit tobacco. Tobacco kills for instance, more than 100,000 people in England and 4 to 5 times more in the United States. This shouldn’t be forgotten when studying e-cigarettes.

Is the fear generated by the media legitimate?

The authors wrote “These findings challenge the perception that e-cigs are safe“. However, based on our understanding, its rather points to the fact that e-cigarette use requires basic knowledge that have been omitted, here, since acrolein that is present in combusted tobacco is only present in e-cigarette when it is misused.

It appears from the article that three different brands of e-cigarettes, 3rd generation (a mod with exchangeable atomizers), were tested along with a combusted tobacco stick in order to produce e-vapor extracts in a culture medium to incubate living neutrophils.

Form a methodological point of view, the protocol allowed chemicals to concentrate in the liquid. The fine qualitative analysis of this medium saturated with e-vapor revealed a significant difference with the original e-liquid that suggests transformations during vaporization.

The qualitative analysis of the emission extract reveals the presence of small organic molecules (also referred as to volatile organic compounds or VOCs), nicotine derivatives, organoleptic compounds and other fatty molecules, in agreement to some other studies in this type of emissions. Nevertheless, other types of molecules were identified by the authors, among which acrolein that is suspected by the authors to be “one potential cause of the pro-inflammatory effects of e-cig vapour“.

Acrolein is present at high levels in tobacco smoke and may appear in e-vapor under particular conditions. High levels of acrolein are indicative of “dry puffs”. Dry puffs (or burnt hit) occur when the coil is heated in the absence of enough e-liquid. It results in over-heating the wick and is characterized by a pronounced bitterness that is easily identifiable and elicits a horrible grimace that speaks volumes about the user’s bad experience.

The “dry puffs” theory, in this case, is made even more probable by the presence of benzofuran, a combustion product of coal tar, an ingredient of the heating element.

How can a “dry puff” occur in such lab conditions? A combination of situations is susceptible to occur, leading to a “dry puff”.

Firstly, “dry puffs” also occur during chain vaping, when the heating period is prolongated and the wick gets dry. It may also appear when the silica wool is not well adjusted in the chamber.

Secondly, recent hardware embark different types of controls among which a control via temperature that ensure vaping in safety by a fine tuning of heating element(s). However, our testers generally confesse that user manuals often fail to explain the “calibration procedure” that is a necessary step when mounting a new coil. This may lead to over-heating the coil while believing that it is still under electronic control, simply because the new coil does not have the same resistance as the one it replaced.

In the protocol, the authors report air flow rates of 15 ml/min during 10-second puffs followed by a 30-second interval, over 13 minutes, which makes up to 50 ml of e-vapor. In comparison, K. Farsalinos and his team, when working on dry puffs, generated vapor from 4-second puffs followed by a 30-second interval to be closer from reality. A back-of-the-envelop calculation gives for a human puffing on an e-cigarette, about 20 cycles in 13 minutes and an average air volume of 20-30 litres, at least 500 times higher than reported by this study (∼50 ml in total).

This would tend to confirm the first point without excluding the second.

Such protocol certainly helps concentrating the evaporates in the liquid but is also likely to lead to over-heating the coil. In a previous study Konstantisnos Farsalinos concluded that 3rd generation e-cigarettes can indeed produce high levels of aldehydes (among which acrolein) [2], but this is generally not the case when e-cigarettes are in hands of experimented vapers and in normal conditions of use.

So it makes the conclusions questionable and the fear expressed by the authors unsubstantiated, especially when they base lots of arguments in favor of COPD on the presence of acrolein whose present is more than suspect. It would have been interesting, at least in the supplementary material, to have a comparison between e-vapor and tobacco cigarette smoke extracts, for example.

Conclusions to be taken with caution

Should this publication be reviewed by an expert, he would say about it “to be taken with caution“, and this is probably what the media should have done with their headlines. Nevertheless, it is hard to avoid linking e-cigarette to COPD when the acronym is mentioned about twenty times in the text because it is the main research topic of most of the co-authors and a major concern in tobacco control.

Well done for stressing so eloquently a very important issue.