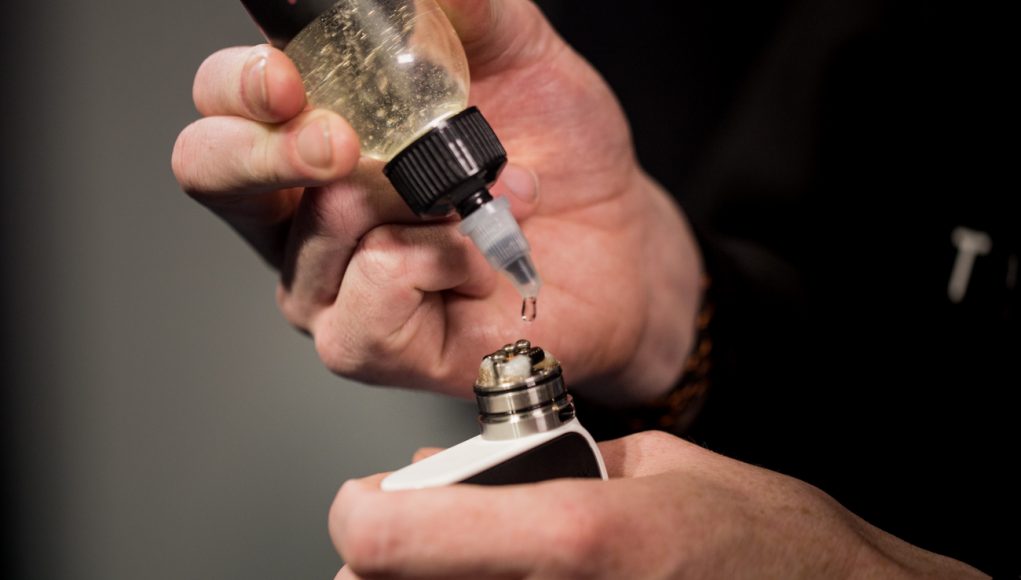 In a world where Organic Natural, GMO-free labels are put forward by all types of brands, from the food industry to cosmetics, is a return to synthetic or laboratory-made substances a step forward?

Nicotine is a molecule, alkaloid, naturally produced by some Solanaceae, a family that not only comprises tobacco but also chili peppers, tomatoes, potatoes, eggplants or petunia. Among those plants, tobacco (Nicotiana tabacum) is the one of the richest in nicotine with 8 to 14%, and it is the reason why it has been used, dried, and combusted in cigarettes. Nicotine and tobacco have gone hand in hand for more than a hundred of years. When smoked nicotine causes psychological stimulus for smokers which makes it addictive. In combusted cigarettes, tobacco leaves have primarily been used without any other treatment than drying. Bright tobacco leaf are ready for harvest when they turn yellow-green, their sugar content is at its maximum and they will cure to a deep golden color with mild taste. Tobacco companies have worked on this taste with additives, whose controversial use is regarded as an enhancer of cigarettes’ addictiveness.

Nicotine has also been used as an insecticide after WWII but its use has declined since other cheaper molecules became available from the chemical engineering industry.

In e-liquids, one no longer uses infused leaves of tobacco but rather a solution of liquid nicotine, a product that is generally obtained from tobacco leaves.

Nicotine,  3-[1-Methylpyrrolidin-2-yl]pyridine, contains what chemists call a chiral carbon. Such molecules usually have two non-superposable structures, called enantiomers. They have the same chemical formula but the position of their atoms can differ and make the two molecules non superposable, like the right and left hands; mirror images of each other or enantiomers. In chemistry, the two enantiomers are the S- and R-nicotine.

S- and R- nicotine can be distinguished optically because S-nicotine rotates plane-polarized light to the left (levorotatory) and R- to the right (dextrorotatory). Last basic notion of stereochemistry, a mixture where the two enantiomers co-exist in a 1:1 ratio is termed racemic (the deviation of plane-polarized light is zero). In the case of nicotine, the racemic mixture would be termed RS-nicotine.

Alkaloids extraction is achieved from crushed crops with organic solvents and distillation. Nicotine and the alkaloids are soluble in solvents such as alcohol, chloroform, ether, petroleum ether, kerosene, and water. Micro-wave heating and mixtures of solvents can be used to increase nicotine extract yield and reduce extraction time and its purity is guaranteed to reach pharmaceutic grade, 99.9%.

Another method utilizes salt processing and turn the liquid into a sulfate salt. Such method requires a bleaching agent to get rid of the impurities. The sulfate salt is then turned back into a useable form with a reagent. Bleached liquids appear to be clearer and are wrongly thought of higher purity.

What is tobacco-free nicotine?

The reason why tobacco leaves, and not eggplants or potatoes, are used to obtain nicotine is because of their high content in nicotine and more precisely in S-nicotine, the active enantiomer.

Tobacco-free nicotine could be defined as the S-nicotine extracted from other species than N. tabacum. Nicotine extract yield and extraction time depend on the plant that is chosen. The main issue with racemic mixtures is that the presence of 50% of non-psychoactive R-nicotine and of 50% of psychoactive S-nicotine divides the potential activity of the juice by two compared to that crafted with natural tobacco extracts.

Since labels only show nicotine content, a racemic mixture of synthetic nicotine with strength of 10 mg/ml would in fact correspond to a juice of 5 mg/ml.

The liquid, when freshly synthesized is colourless, so is the nicotine extracted from tobacco leaves, after purification. The brownish coloration of liquid nicotine is a natural process that is produced upon exposure to light, heat and oxygen; sometimes it also occurs in the dark with time, even in sealed bottles. Nicotine coloration is purely “cosmetic” and clearer liquids do not imply a purer or higher quality.

Who is doing chemical synthesis?

Next Generation Labs, LLC (San Diego, CA, US) is one of the very few companies that manufacture tobacco-free nicotine (TFN™) for the vaping market. Leaded by Ron Tully, the company now goes to synthetic nicotine “for the large scale manufacturing of pure (R,S)-nicotine, and its use in vapor for treatment of tobacco smoking cessation and/or recreational use.”

Next Generation Labs has also trademarked its synthetic nicotine as Pharmanic and pharmaceutical companies are interested in the main product, nicotine, but also in its analogues (for the treatment of brain disorders like Parkinson, Alzheimer, attention-deficit hyperactivity disorder (ADHD) or epilepsy.

Interviewed by Vape radio, Ron Tully explains what is TFN (synthetically derived nicotine) and how it can be seen as a great alternative to conventional nicotine products. Its price was redhibitory, initially $125,000 for a kilo, but in net decrease and reaching now $5,000 a liter, competitive with  natural S-nicotine (about $4,000 a liter, Sigma-Aldrich). According to the tobacco industry veteran, it presents the advantages over natural extract of being odorless, tasteless and is very pure.

Purity as a new selling point Only few Vaping and e-liquids brands like Coastline, CRFT Labs, and KVASS (14 in total) use tobacco-free nicotine, most of the market is using tobacco-derived nicotine. According to the founder, tobacco extracts still have a whiff of plant, which creates off-flavors that e-liquid manufacturers have to mask with sweeteners and aggressive flavors.

According to Next Generation Labs, the three major selling points are that TFN™ Nicotine:

The pending patent‘s state-of-the-art for synthetic nicotine claims that kerosene is usually used as the solvent for tobacco extracted nicotine but purification can not achieve complete cleaning of the extract. It reads “many of these contaminants are unhealthful for the human system, many have been shown to be carcinogenic, and enhance addictive qualities of the ‘nicotine’“. The synthetic manufacturing protocol is a multi-step synthetic method that involves ethyl nicotinate as a backbone to which various atoms are added by specific reactions that use different compounds with low or moderate toxicity.

It is still not clear whether FDA has jurisdiction on the tobacco-free or synthetic products. Michael Siegel meant to say that it would escape from FDA’s jurisdiction but FDA replied it would look at PMTA’s on a case by case basis.

Dr. @mbsiegel tells White Cloud that synthetic nicotine is not subject to the FDA regulations – find out why: https://t.co/7z46w6Pbgs #vape

“We believe Calumet Advisers, with its strengths in policy issues, market analysis and evaluation of emerging technologies, will provide Calumet’s clients with a solid platform from which they can make informed decisions about the U.S. vape market.” -R. Tully
Ron Tully was a SFATA board member, and is now working with VTA. He is also a partner of consulting company dedicated to the vapor segment that was formed on June 19 in the name of Calumet Advisors. The strategic consulting company dedicated to the fast-growing e-cigarette and vapor segment combines the expertise of:

Calumet’s consulting services disclaims to focus on critical issues facing the industry today. They provide business support and development activities with data and analysis that is critical for making informed decisions on entering new markets and planning strategically over a product lifecycle.

This is funny. I wonder if it would be possible for manufacturers to still get around FDA legislation by having synthetic tobacco flavored synthetic nicotine?

Since the FDA will find a way to smash down on these loopholes because they don’t like it when there are people who are smoking or pretending to smoke, I’m afraid that the fun is probably short-lived. Good luck though.

I don’t accept the long-purveyed premise that nicotine is “addictive” but that habits of all sorts can be habit forming. Smoking, as a fun and relaxing habit, makes little sense to give up unless one is having effects which make it less fun and relaxing in the long run. Surprisingly, some people do not merely cave into shaming tactics and give it up. That doesn’t prove that it is “addictive” any more than repetitive shaming of anyone doing anything that one finds offensive to “People Smarter Than Us” is shaming…

Tobacco leaves are still used in parts of the world to keep mites out of hen’s nests. Burnt tobacco leaves work the best. Cigarette butts are used by wild and feral birds to keep their own nests free of mites. It might not just be nicotine itself which provides this benefit.

The mites working for the FDA don’t like anything which threatens their existence however, for they are People Smarter Than Us.