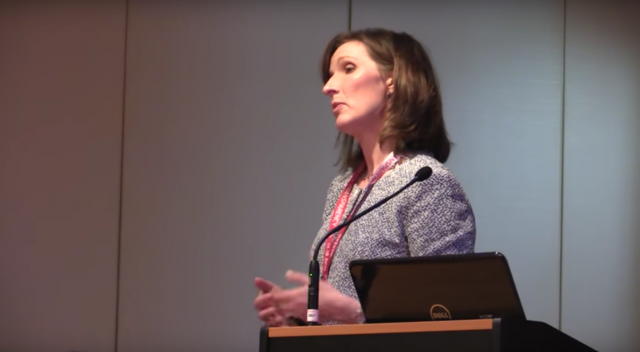 Cardiovascular diseases are the highest cause of deaths attributable to smoking and Dr Gilchrist points out that “the main issue is combustion of tobacco, not nicotine“.

Therefore, Philip Morris International sought for solutions that avoid combustion for smokers who are not able to quit with other methods. PMI believes that one single type of product like personal vaporizers is not sufficient to the billion of smokers, worldwide. Those solutions they call reduced-risk tobacco products have been studied in their laboratories and scientifically tested. PMI’s product, the Tobacco Heating System 2.2 (THS2.2), commercialized as IQOS in some countries, heats a tobacco stick to about 250°C without combustion, which minimizes the formation of harmful and potentially harmful products and “preserves taste, sensory experience and ritual characteristics“.

The tobacco stick is composed of specially processed tobacco, different from conventional cigarettes, and is continuously heated by the device that is also equipped with a temperature sensor and a processor to maintain the temperature in a reasonable range.

The main target of PMI’s study of THS 2.2 is to determine how much it reduces the production of harmful molecules, compared to traditional cigarettes. The first step in to determine the amount of harmful chemicals produced by the device alone. In a second step, the researchers were interested in what is absorbed by the user. Then come clinical studies with a program of 8 studies carries out on this product.

The main interrogation is the impact on disease’s mechanism of switching from traditional cigarettes to such reduced-risk tobacco product.

Does it reduce the formation of harmful chemicals? Based on the results presented by the researcher, “the aerosol produced by THS 2.2 contains 90 to 95% lower levels of potentially harmful chemicals than a reference cigarette*, and especially for carcinogens that are considerably reduced”.

What is the impact on adult smokers? “Levels of exposure to harmful and potentially harmful chemicals when smokers switch (blue line) to THS 2.2 approach the levels observed in those who quit smoking (green) during the study”. A study carried out in US, in Japan and in Europe.

What is the disease mechanism? “THS 2.2 is over 10 times less active than reference cigarette smoke in key mechanisms leading to atherosclerotic plaque formation and endothelial cell dysfunction, which are important in cardiovascular disease development”.

What is the information provided by animal (mice) models? What do the clinical studies on users tell? Measurements of these markers in smokers who switched to THS 2.2 show that the majority of beneficial effects that were seen in the smoking cessation harm were preserved”.

What is the acceptability level of the tobacco heating system? “In 3-month clinical studies in the USA and in Japan, THS 2.2 provided similar levels of smoking satisfaction as the participant’s own cigarette.

The results are extracted from the answers of participants to questionnaires on their satisfaction with the product.

What position do vaping scientists have with regard to tobacco industry’s research?

The presence of tobacco companies, who came in force to promote new tobacco products with a large amount of poster publications (mostly BAT and PMI), was not welcome by some of the scientists present in Warsaw. Pr Bertrand Dautzenberg, for example, remains very critical on the methodological approaches of their studies.

In contrast, Jean-François Etter wants to initiate a re-thinking of scientific collaborations with the tobacco industry. Conflicts of interest generally arose because of the commercial interest, the history of misconduct of the companies and the profits generated.

In a public debate, the Swiss researcher develops his point of view and addresses concerns with regard to the traditional review process that includes peer review and self disclosure. He suggests more oversight on any research related to tobacco or vaping products based on three principles: