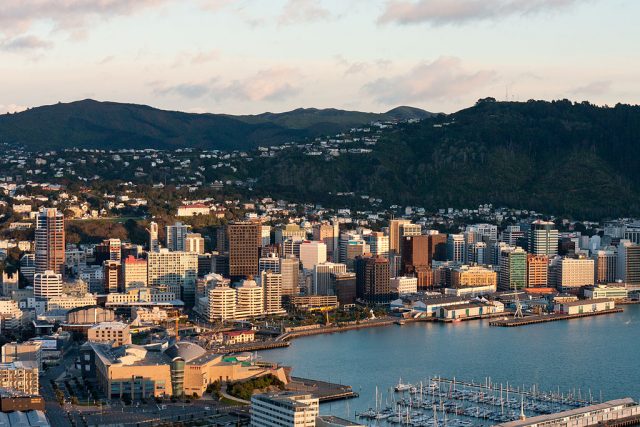 It is in fact a worldwide revolution according to tobacco experts who have never recorded so much success in quitting tobacco since the device has been has been on the market.

The law says “it is illegal to sell an e-cigarette in New Zealand (with or without nicotine) while making a therapeutic claim“. As long as the use of e-cigarettes is recreational, they can be sold freely but not accompanied by a nicotine e-liquid.

People are however allowed to import nicotine e-liquids for their own use only. This is generally considered to be up to a 3 months’ supply and the law specifies that “these imported products cannot be supplied, sold or be given away to anyone else.”

No nicotine vaping product has been put forward for approval under the Medicines Act and there are currently no e-cigarettes (nor e-liquid) approved for therapeutic purposes and smoking cessation support.

The law also says that nicotine vaping products are considered tobacco products if they are manufactured from tobacco, and then regulated by the SFEA for the sale, supply and advertising. The SFEA also provides that products looking like tobacco products (toy tobacco products) and that can be used to simulate smoking, must not be sold to persons under the age of 18.

So, buying a Mod to a local retailer and purchasing nicotine e-juices abroad is the way some people choose to wean themselves off tobacco, while keeping off the legal constraints of medicine prescription.

“I gave up cold turkey 10 years ago and it was hell – for about a year. The hardest thing to give up about smoking is the puff and the kick. These [customers] say it’s easy, and they’ve been trying for years and years.” declares the retailer, who believes that the e-cigarette does successively substitutes to tobacco. Nevertheless, this is a discours the law prevents him to have in his store.

A customer in the shop declared, at the age of 38, having been a hard smoker and having tried many times to quit without success.

“I was heavily smoking until four months ago and now I don’t at all, not even when I drink alcohol, I’ve transitioned to e-cigarettes.”, she said. She described her first contact with the e-cigarette, saying that she puffed a lot at the beginning and progressively reduced to puff on it occasionally. A pattern that has also been observed by the retailer and that is described and explained by tobacco experts. “I’m studying at the moment, and, out of reflex, I put it to my mouth in class and my tutor wasn’t too impressed,” ironises the customer who also tried puffing in pubs and stores, “more just to see if I got a reaction.”

But her decision to quit tobacco was also driven by the substantial saving compared to smoking:

“It was about $65 initially, and a thing of oil (e-liquid) is about $10, which lasts a couple of weeks. That’s compared to probably a 30g (of RYO tobacco) in five days, which is $55 and heaps to take out of your benefit.”

The Health Department, aims at achieving the goal of a Smokefree New Zealand by 2025 and to promote a smokefree (auahi kore) lifestyle as the norm by:

E-cigarette is regulated as a consumer product

With regard to the e-cigarette, the Health Authorities recognize that it may help smokers but they are not convinced by current scientific evidence so as to recommend it as a cessation tool and is therefore waiting for stronger evidence. The government is following WHO’s advice on using e-cigarettes, and bases its recommendations on the October 2014 Moscow’s WHO Framework Convention on Tobacco Control that emphasized caution, pointing out a number of issues and risks associated with e-cigarettes.

The forthcoming Conference Of Parties (COP7), scheduled for November 2016 in New Dehli, should have updated and more compelling scientific evidences of the benefits of vaping in tobacco harm reduction like with the PHE and RCP reports. Several users associations, like ECIV or the consumers’ association that was born after the last GFN, will also make vapers points of view heard by the authorities.

From a health professional’s perspective, research suggested e-cigarettes were about 90 per cent safer than smoking tobacco says Jeanette Wedding, Northland District Health Board General Manager Child, Youth, Maternal, Public and Oral Health Services. Northland DHB, the department Jeanette is working in, is involved in tobacco cessation programs and offers counselling on cessation in hospitals but is apparently not ready to let the e-cigarette blur the traditional discourse on unpredictable long-term effects. She nevetheless recognizes that the popularity of e-cigarettes is growing, principally in response to the increased taxes on tobacco products.

Several deadlocks remain to be broken for the Health Ministry to change its opinion on vaping. If the WHO adopted a more positive attitude on vaping, it would certainly help, especially on smoking renormalization, the lack of control o e-liquids and the appeal of certain flavors to the youth. Health professionals seem to be ready to accept the e-cigarette as a smoking cessation aid but the current political framework prevents it to reach this status. The situation seems to be locked for the first generation devices that are too close in design to traditional cigarettes. Second or third generation mods, however, remain consumer products in this framework, and the tobacco-free nicotine market should offer substantial advantages to vapers in order to escape from tobacco regulations.

Having nicotine e-liquids more easily accessible to the population would contribute to amplify the ongoing process and subsequently reduce smoking, a direction that is foreseen with the Smokefree 2025 goal.