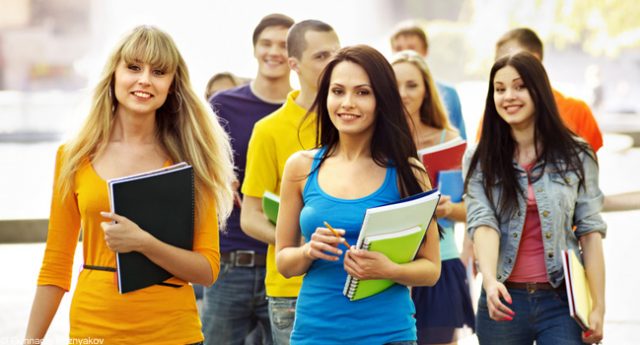 Two weeks ago, an article [1] was published by the journal Pediatrics that exploited the data of a large longitudinal sample of Southern California youth who have been followed for many years, on the link between e-cigarette and cigarette use. The paper concluded that “adolescents who reported e-cigarette use had more than six times the odds of initiating cigarette use as never e-cigarette users. These findings suggest e-cigarette use may increase the risk of smoking during the transition to adulthood” but failed to convince tobacco experts and animated a heated debate around potential gateway effect to smoking.

The same authors have reiterated with a second article [2], this week, using the same dataset that indicates “e-cigarette use is occurring in adolescents who would not otherwise have used tobacco products”. Taken together, these two papers depicts e-cigarettes as a funnel for teenagers, whose only exit is smoking combustible tobacco.

How realistic is the “funnel” hypothesis?

“E-cigarette doubters” like Prof S. Glantz welcome this large increase in e-cigarette use that not simply reflects kids taking up e-cigarettes instead of cigarettes but a gateway effect to tobacco. For Prof Glantz, those publications “add to the case that e-cigarettes are extending and expanding the tobacco epidemic“.

“E-cigarette advocates” (“enthusiasts” according to Prof Glantz), in contrast address other concerns.

Michael Siegel, in his Blog, notes that these studies still regard “current vapers” as those who have used an e-cigarette at least on one occasion during the last 30 days. This scientific artefact propagates in the US literature and has still not been addressed. If corrected to the true current use of e-cigarettes, it would significantly lower the estimate.

Is e-cigarette use a proxy for nicotine uptake?

According to M. Siegel, this study did NOT ask youth whether or not they were actually using e-cigarettes with nicotine. Evidences in support of the absence of nicotine in the e-cigarettes used by the youth is provided in The Monitoring the Future study (60% of youth vapers use e-cigarettes that only contain flavorings). “Therefore, it is still possible that overall nicotine use among these California youth did not go up (since the majority of the youth e-cigarette users may not have been using nicotine-containing e-cigarettes)”, M. Siegel writes about the study.

Is this panel representative of USA’s youth? Apparently not. “The data from California is not comparable to the overall U.S. because the youth smoking trends in California are vastly different than in the rest of the nation” explains Siegel. Comparing smoking prevalence number and temporal change as reported by Barrington-Trimis in California and the same data from Monitoring the Future indicates that what happened in California is “atypical”.

An English study found that 21% of the youth was smoking or using e-cigarettes, which is in the same range as the US national 25% and much higher than in California.

In France, for example, a study of younger teens revealed that almost one out of two teenagers was an experimenter for one or both of e-cigarette or conventional tobacco. However, when considered the daily use of e-cigarette around adulthood and experimentation, the percentage generally drops by at least one order of magnitude, what should also be expected here, considering that the typical 30-day rule.

Nevertheless, when addressed the question of a potential gateway, the authors of the French study were limpid in describing a Smoking-Vaping rather than a Vaping-Smoking gateway effect.

“It is important not to draw generalized conclusions from this study for the national situation“, prescribes Michael Siegel when reviewing Californian studies.