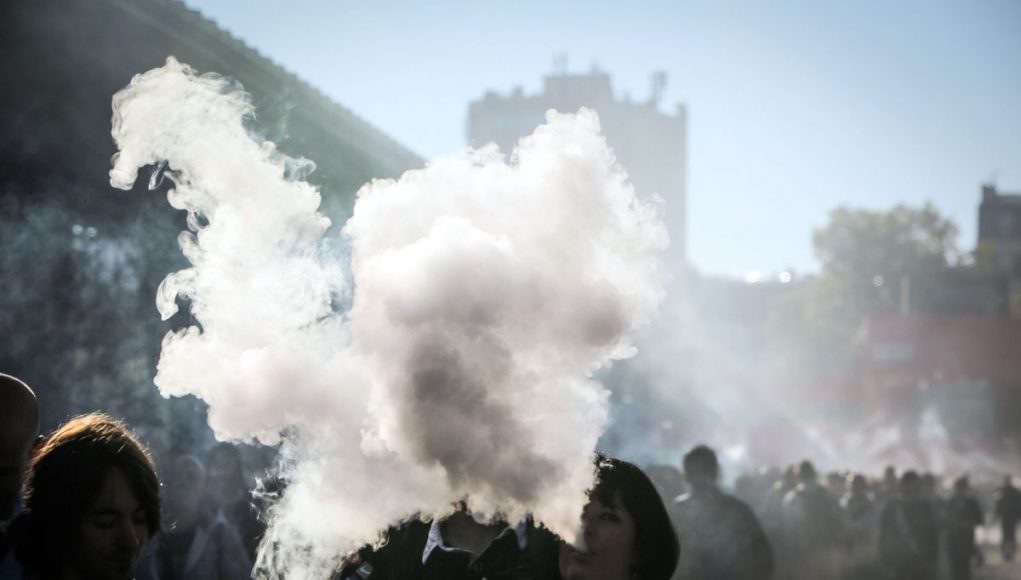 The British press descended into anti-vaping hysteria again on Tuesday, following some comments at a cardiology conference in Rome. The most egregious example was The Sun, which led with the headline “Vaping as bad as fags”, but similar stories were posted by The Mirror, The Daily Mail, The Daily Telegraph and even The Times. A follow-up in The Times on Wednesday offered some counters to the initial article, but by that point the damage was done – all of the UK’s major papers had handed their readers scaremongering articles under extremely misleading headlines.

On the face of it this claim is accurate, but as Clive Bates and others have already pointed out this isn’t a new discovery; it’s well known that nicotine causes temporary stiffness of arteries. Other things that cause temporary stiffness include caffeine, physical exercise, watching a film, listening to music or moving your head. By comparison with drinking coffee the stiffness caused by vaping is actually quite mild.

Prof Vlachopoulos is aware of this (his previous work includes an analysis of the effect of caffeine on arterial stiffness) but he didn’t mention it in Rome. He also didn’t mention that the effects of half an hour of vaping fades within minutes, while that caused by smoking persists for an hour or more – and, in the long term, causes lasting damage to the arteries. Unfortunately the media, in their rush for a headline, didn’t do any research into the story.

Also on Tuesday, a public health official in one of the USA’s most permissive states launched a furious public attack on e-cigarette companies. Maria Azzarelli, coordinator of tobacco control for southern Nevada, told the Las Vegas Sun that the vapour product industry is spreading “misinformation”. In a confused statement Azzarelli seemed to contradict herself frequently, saying that e-cigarettes can be bought in convenience stores then immediately claiming they have to be searched for online. She also claimed that “what comes off an electronic cigarette is an aerosol that we know causes cancer.”

Azzarelli has a track record of such wildly inaccurate statements; in 2013 she told the same newspaper that studies were needed to find out if vapour contained fewer “chemicals and carcinogens” than cigarette smoke – information that was already widely known at the time. It appears from her latest comments that she’s fallen further behind the science than ever.

Meanwhile a new study on the effects of e-cigarette vapour on lung cells has been released. Previous studies on this topic have been fairly crude, testing cell cultures – which are notoriously fragile and prone to dying – with e-liquid or concentrated vapour extracts. The latest research uses a much more sophisticated technique, including simulated lung tissue grown from human cells, to get a better picture of the toxic effects of vapour. It found that, essentially, there aren’t any.

Despite six hours of intense exposure to vapour from two different brands of e-cigarette, the simulated lung showed no damage – similar to the control sample, exposed to fresh air. Meanwhile an identical sample tested with cigarette smoke suffered serious damage and cell death.

The new study was carried out by BAT and MatTek Corporation, which will probably lead to accusations of bias, but the researchers have released their experimental method. Anyone who doubts the results is free to replicate the tests themselves.

Finally, a Belfast man who claimed his positive breath test was caused by the alcohol in his e-cigarette has been convicted of drink driving. Aaron Galbraith, 35, was breathalysed by police last November after losing control of his car. Gabraith, who officers said was unsteady and slurring his words, failed the test at the scene and a later one in the police station. However, he denied having drunk any alcohol despite being almost twice the legal limit.

Galbraith’s defence rested on scientific testimony that many e-liquids contain small amounts of alcohol as part of the flavouring, and that a pocket of this could have been caught in his airway for up to 15 minutes before causing an inaccurate breath test result. When questioned, the expert witness – scientific consultant Michael Walker – admitted that it was unlikely this could have pushed the reading so high.

Galbraith, who has a previous conviction for drink driving, was banned for three years and fined £300.