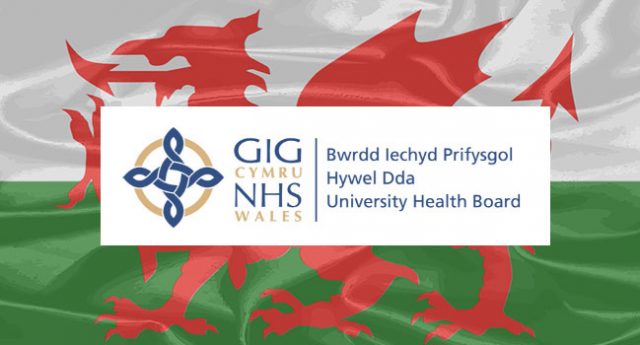 The Hywel Dda University Health Board sites have been smoke-free for four years since the Welsh Government required its staff to promote public health. Nevertheless, some people regularly infringe the law by lighting up on grounds and permises.

“The feedback we had for this project was extremely positive, so now we want to know how the public think we can build on this work” – T. Owen.
The administration recently placed audio systems that can be activated anonymously by the customers who are bothered by cigarette smoke. Loudspeakers, then, broadcast a warning message intended to infringers who are invited to extinguish their cigarette.

Director of Public Health for Hywel Dda University Health Board, Teresa Owen, launched a public inquiry and declared to The South Wales Guardian: “We have asked our staff about how they think we can encourage smokers not to smoke on our hospital sites, and now we’re asking for the public’s opinion.”

Hywel Dda University Health Board specifies that vaping is illegal on the different sites where smoking is also forbidden. Largest health board in Scotland, the NHS Greater Glasgow and Clyde, and the Nottingham University Hospitals NHS Trust, more recently, allowed the e-cigarette under certain restrictions in the framework of their revised smoker-free policy.

After an unexpected but acknowledged dismissal of the vaping ban in public places from the Welsh public health bill, last June, the Hywel Dda University Health Board would yet be able to consider lifting the vaping ban on its grounds and permises, like in other healthcare trusts in England and Scotland, where the measure has been voted, this year.

Maybe another battle and the promise of another success for the Welsh pro-vaping Party Vapers in Power?

The online 12 point survey, available until September 23, does however not consider the e-cigarette as an option to fight against wild smoking behaviors, on-site. Revisions of the Health Board’s Smoke Free policy should be engaged during the coming months and will be the occasion to put forward the recent recognition of the e-cigarette in tobacco harm reduction by the Royal College of Physicians.

Last July 6, Public Health England have put a framework on how vaping should be assessed in the work place. They issued a guidance for the creation of a vaping policy where smoking and vaping should be addressed distinctively and smoking cessation be supported with the objective to stay smoke free.

Vapers in Power are not just a Wales based but UK wide too! While ViP are pleased with the failure of the Public Health Bill which aimed to include vaping restrictions, I am certainly going to keep nagging them to change their mind on the current Smoke Free policy and any further additional crap Hywel Dda UHB plan to implement.