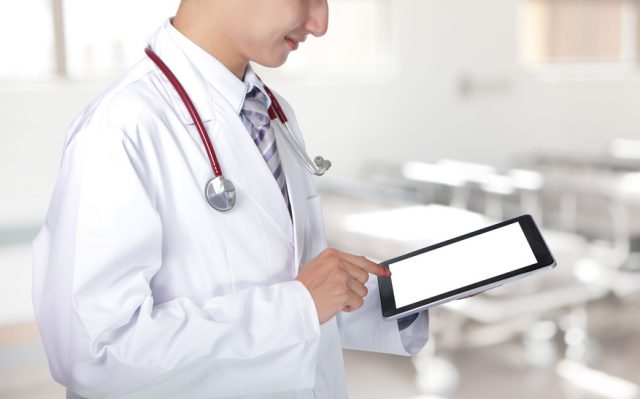 Consumer health experience with emerging alternative tobacco products revealed patient’s concerns about safety and harms. Patients were calling the centre, seeking responses about specific side effects and the general safety of e-cigarettes. During the conversation, patient satisfaction (Thanks) and provider endorsement (Agrees) were determined. HealthTap is a company funded by a former Stanford Business school alum. It is an interactive platform providing medical advices where clinicians answer directly to questions. The application is available to download on a smartphone. HealthTap’s chief medical informatics officer, Geoffrey W. Rutledge is also co-authoring the study.

Clinicians’ negative attitudes towards e-cigarettes, except for smoking cessation Providers and patients appeared interested in e-cigarettes as quit aids and in use of nicotine-free e-cigarettes. The researchers noticed a net increase of patient’s concerns with regard to the e-cigarette in the last five years but they recognize that other online surveys with clinicians reported generally “more positive attitudes toward e-cigarettes” with only 20% positive in tone against 46% negative in the Standford survey. Positive attitudes were more often recorded for e-cigarettes as quit aids for tobacco and reduced harm as an alternative to combusted tobacco.

Patients encouraged to quit smoking with e-cigarettes but not systematically

“Topics much more frequent in responses than questions concerned harm reduction relative to combusted tobacco (48% of responses vs 18% of questions); other chemicals/flavors (24% vs 7%); research needs (20% vs 0%); nicotine health risks (18% vs 5%); and addiction potential (14% vs 0.8%)”, declare the authors who specified that 98% providers (MDs) responded with encouragement to quit smoking:

The MDs’ responses reflected the current research in the domain. Since they pointed out the lack of data on long-term consequences of e-cigarette use, they also reported to patients the uncertainties regarding some of their constituents.

Confidence in one’s knowledge on e-cigarette is weakness demonstrated by another survey carried out among US physicians. In order to homogenize knowledge on a fast-evolving subject, Stanford Center for Continuing Medical Education announced their sponsoring of online courses for clinicians on e-cigarettes. Their courses should be available as soon as fall 2016.

Most US doctors discuss Ecigs, fewer advise them