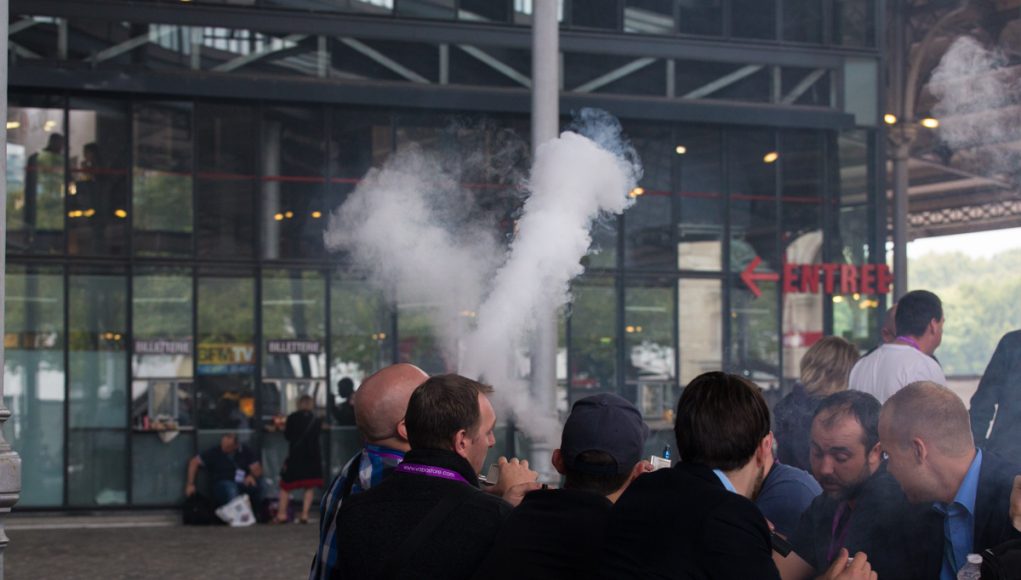 Fear of putting on weight deters many smokers from quitting, but a new paper from New Zealand suggests that electronic cigarettes could be the answer to that. Meanwhile, an anti-tobacco and alcohol group from the UK has harshly criticised the WHO’s approach to vaping, and a group of respected scientists plan to sue The Times for libel after it accused them of being tobacco shills. Even the EU has been under pressure this week, with a French MEP asking the Commission why tobacco-free e-cigs are included in a Tobacco Products Directive.

A new paper suggests that electronic cigarettes could overcome the weight gain that puts many smokers off quitting. It’s been known for decades that when people stop smoking, they’re vulnerable to piling on a few pounds. One reason is that they tend to snack to replace the cigarettes; the other is the effects of nicotine itself. Nicotine is a stimulant, so it speeds up the metabolism, and also an appetite suppressor. Smokers eat less, and burn through what they do eat faster. Overall the effects can be quite dramatic; the average ex-smoker gains eleven pounds, or 5kg, in their first year after quitting.

Now a team led by New Zealand professor Marewa Glover says e-cigarettes, already well known as an effective replacement for smoking, could also work to defeat that post-quit weight gain. As well as delivering nicotine they also have behavioural advantages that older, less effective quit methods lack. Nicotine patches, medication or quit counselling might tackle the physical effects of nicotine dependence, but they do nothing at all to replace the familiar actions of smoking. E-cigarettes do. As well as that, says team member Linda Bauld, the range of flavours might satisfy people’s desire for tasty snacks without adding any calories.

While the team warned that they don’t recommend vaping as a weight loss method for non-smokers, this is yet more good news for smokers who’re ready for a change. Worries about putting on weight tempt many people to quit smoking, but according to Professor Glover there’s now a solution for that.

The World Health Organisation’s Framework Convention on Tobacco Control, already under fire for publicly endorsing Filipino president Rodrigo Duterte in the middle of his murderous crackdown on drug users, sparked even more controversy recently with a hostile report on e-cigarettes. Released as a warm-up to next month’s COP 7 conference in India, the report suggests that WHO intends to push ahead with its much-maligned anti-vaping policies. Now a British anti-tobacco group has launched a hard-hitting attack on the WHO report.

The UK Centre for Tobacco and Alcohol Studies is a hard-line prohibitionist group that can hardly be accused of supporting the tobacco industry, but its leading researchers have put together an extensive list of complaints about the WHO report. These include: Failure to quantify risk, failure to compare vaping with smoking, policy proposals that aren’t supported by analysis, and – most seriously – misrepresenting the risks of secondhand vapour and the role of tobacco companies.

UKCTAS’s condemnation is a major blow to the WHO report’s scientific credibility, but health experts are concerned that FCTC’s lack of transparency will allow them to push ahead with their proposals away from public scrutiny. Many advocates are demanding proper oversight of COP 7, but so far the WHO seem intent on maintaining their blackout policy.

Pro-vaping scientists to sue The Times over alleged libel

Following an article in The Times alleging that a group of tobacco researchers were taking payments from the tobacco industry, the scientists are now planning to sue the newspaper for libel. The article, published on 12 October, claimed that several researchers who attended the Global Forum on Tobacco and Nicotine in Brussels were being funded by cigarette companies for research on vapour products.

Immediate protests led to The Times printing an apology and clarification to one of the named experts, former ASH head Clive Bates, but the accusations against others – including Professors Karl Fagerstrom, David Nutt, Riccardo Polosa and David Sweanor – have not been withdrawn.

The source for the accusations appears to be a controversial far-left academic, Professor Martin McKee. McKee, who Polosa described as an “ideologue”, has never published any research into electronic cigarettes – but has been a persistent critic of those who have. His colourful allegations have made him a favourite among journalists looking for a soundbite, but it seems they haven’t been checking the truthfulness of his claims before printing them. For The Times, taking McKee at his word could prove to be an expensive mistake.

While the UK now stands a chance of escaping from the EU’s assault on vaping, the notorious Article 20 of the Tobacco Products Directive still threatens future access to vapour products across the rest of Europe. Now a French MEP has asked the EU Commission to rethink. Joëlle Mélin, who belongs to Europe of Nations and Freedom Group at the European Parliament, pointed out that vapour products contain no tobacco. She also reminded the Commission that protecting public health is one of their self-proclaimed objectives, and that making it harder to access a safer alternative to smoking contradicts that goal.

So far the Commission has not responded to M. Mélin’s question.