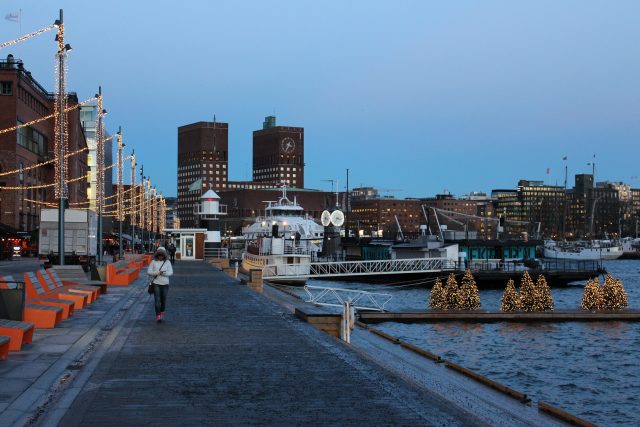 On December 9, 2016 Norwegian Parliament received the final version of the new Tobacco Act that comprises most of the requirements of the EU TPD. Compared to the European directive, additional provisions ensure that tobacco products, combustible and snus, do not become attractive to the youth. The Minister of Health and Human Services, Bent Høie, qualifies their provisions on plain packaging for cigarettes and snus “an important milestone in the work for a tobacco-free generation”. Provisions are expected to enter into force by spring 2017 without precision of any specific date.

Regarding e-cigarettes, the Health Minister lifts the ban on e-cigarette sales and recognizes that “e-cigarettes have less damage potential than tobacco smoke”. The Ministry however recalled the precautionary principle and their commitment to protect the youth. Therefore, consumption of vaping products will be followed carefully in different groups of the population. The Minister points out that e-cigarettes will come under the smoking ban which means it will be forbidden to use e-cigarettes in places where smoking is forbidden.

Banning e-cigarette use from places where smoking is also forbidden has been showed a counter-productive measure for harm-reduction. Many dual users pretend that they would be keen to vape instead of smoking if was allowed. The British Government that adopted a liberal position on e-cigarette issued Public Health England’s guidance for the employers and organizations to create their own policies on the use of e-cigarettes in public places.

Besides the positive message of a lifted ban on e-cigarette sales, the press release indicates that vaping science is in an early stage and that “a very limited knowledge” is available in this domain. The fact that vaping will be treated as smoking in most public places also indicates that the government does not really believe in their harm reduction potential.

The Vaping Giraffe highlights the important role the Norwegian Institute of Public Health (NIPH) played in the decisional process. It also shows that the NIPH issued a report to the scientific committee and the Parliament on e-cigarettes. In this report the role of secondhand nicotine emissions by e-cigarettes was misleading, a case that Dr Konstantinos Farsalinos defended.

Pro-vaping experts censored by their hierarchy

More recently, some of researchers at NIPH reveal that important data were retained by the institute and did not reach their targeted audience at the committee or the parliament before they decide the new tobacco control orientation. Two NIPH researchers, Erik Nord and Karl Erik Lund, declared to the Dagbladet, a Norwegian newspaper, that the institute censored their expertise work on e-cigarette before releasing the official institute’s report.

“NIPH handled this case in a way that Karl Erik Lund’s and my own views on e-cigarettes were never submitted to the Committee. (…) This was in my opinion contrary to the general desire for the best possible  information on the case, and disloyal to the parliamentary committee on health and care services”Prof Erik Nord, NIPH

Dr Erik Nord is a Senior Researcher at NIPH and part-time professor of health economics at the School of Pharmacy at University of Oslo. He is an advisor to the Norwegian Directorate for Health and the Norwegian Drug Administration in the development of guidelines for economic evaluation of health interventions and is occasionally solicited by NICE in the UK on their procedures for economic evaluation of health interventions. He is the author of a book on the process that lead to the ban on smoking in pubs and restaurants in Norway, Kruttrøyk og fredspipe (“Gunsmoke and Peace-pipes”).

Of course scientific knowledge on e-cigarette was limited five or six years ago. The history of the nicotine atomizer was at an early stage at that time and most researchers were reluctant to its use. With time, some countries like the UK took a clear position in favor of the e-cigarette, guided by reports that expose the most recent scientific conclusions in terms of harm reduction.

In France, the Aiduce gathered one thousand pages of scientific data on e-cigarettes about one year ago. More recently, the US E-Research foundation and the AEMSA compiled 900 citations on e-cigarettes and new ones are appearing every day. Some important scientific reviews synthesize and updated knowledge. The last Cochrane review revealed the potential of e-cigarettes in harm reduction and also pointed out that survey of vapers over two years do not show major outcomes of using e-cigarettes daily.

Karl Erik Lund and Erik Nord concluded in their report to the committee that a strict policy on e-cigarettes can lead to loss of lots of lives. Their view is that scientific data in this domain are much more advanced than what has been exposed to the Norwegian Parliament.