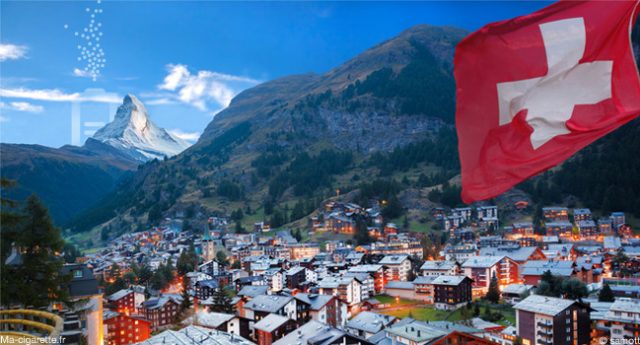 Helvetic Vape strongly reacted to the repression against vaping demonstrated by the Federal Commission for Tobacco Prevention (FCTP). The Association of vapers said “This advisory committee is moot and should be dissolved“. At a time when the federal government merge competences to solve questions related to dependency and non-transmissible diseases, the FCTP, “lone ranger”, has become a problem for vaping advocates.

“The everlasting anti-users, anti-harm-reduction recommendations and their anachronistic discourse centred on an anti-nicotine dogma do not fit in the new political programs“, explains the press release published by the Association.

This reaction by Helvetic Vape follows the new media coverage initiated by the FCTP against vaping, a re-heated version of their original publication, last September. At that time, the Association wrote an open letter to the FCTP that gave no answer.

In this advisory shaped like an indictment discarding the main scientific reports, the Commission recommends to tax vaping products at the same level as tobacco cigarettes and to prohibit any type of promotion, even for Health Services that wouldn’t be free to advise vaping to smokers.

“Many people try to promote the e-cigarette as a nicotine withdrawal tool and we are opposed to this“, insists the president of FCTP, Lucrezia Meier-Schatz, on Radio RTS on Thursday December 22, 2016.

The enemy is combustion, not vaping The thread of censorship of harm reduction approaches is not to everyone’s taste, especially those who are in first line to fight against tobacco. Professor Jean-François Etter, director of Stop-tabac.ch, regrets the position of the FCTP to suppress the free-choice of harm-reduction tools.

“It is a view ideologically opposed to nicotine consumption, eve if people consume it with not risk to their health“, declares Prof Etter on the same radio program. The Groupement Romand d’Etudes des Addictions (GREA), a scientific body in charge of working on addictiveness, backs Prof Etter’s stance. Because the e-cigarette is not burning tobacco, “vaping is considered a risk reduction approach of smoking tobacco”, reads GREA’s website.

Will Switzerland seize the opportunity?

On Social Media, incomprehension is general regarding the authoritarian and fundamentalist position of the Commission. With cigarettes freely available in stores, the attack against what has become the most popular smoking cessation tool since 2015 for Swiss smokers looks surrealistic. Didn’t the commission have other priorities than attacking vaping when smoking prevalence has been maintained at about 25% for 8 years?

Helvetic Vape denounces a “public health scandal about vaping” in a document and attributes part of the responsibility to the narrow governance of the federal authorities among which the FCTP. “Vaping is not a thread but an opportunity” recalls the association. By the end of this year 2016, the schism between the pragmatism of anti-smoking bodies and the dogmatism of lobbyists doesn’t seem to stop increasing.