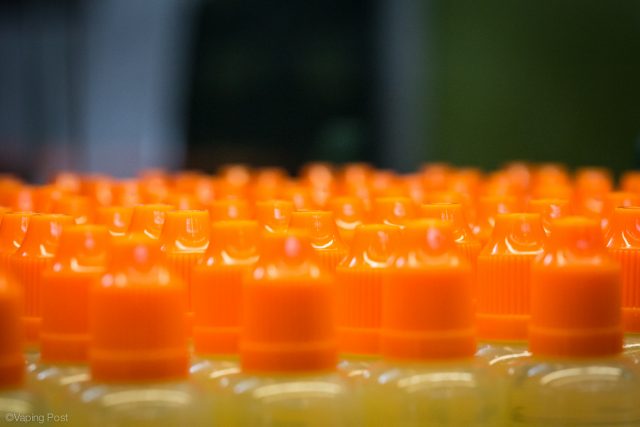 Upon ingestion, the toddler vomited and lost consciousness, she was pulseless and cardiopulmonary resuscitation (CPR) was performed for 40 minutes by the emergency team who responded to the call. The toddler died after 44 days of coma at the hospital, of an irreversible hypoxic brain damage. The kid ingested a dose of 5 ml of liquid nicotine with a strength of 10 mg/ml (50 mg of nicotine). When normalized by the weight the dose ingested corresponds to 4.2 mg/kg whereas the lethal dose for kids is 1 mg/kg, as reported by the authors.

Such figures demonstrate that even what can be considered a low nicotine strength e-liquid, half of the legal limit in Europe (20 mg/ml), for example, is susceptible to cause irreversible damage to toddlers.

Misunderstanding and misuse of the e-cigarette liquid were responsible for 31 cases above the 54 adverse events related to e-cigarettes, according to a Korean surveillance agency (Consumer Injury Surveillance System from January 2012 to April 2015). In this case again, the responsibility of an adult, the parent, is questioned; in a previous case, a parent also delivered a dose of nicotine to his daughter by mistaking e-liquid for ibuprofen because the e-liquid was stored in a recycled ibuprofen container.

A regulation that applies with high-nicotine strength e-juices

10 mg/ml is the highest strength of e-liquid allowed for free sale in Korea. Above this threshold, the Korean Toxic Chemicals Control Act classifies nicotine e-liquids as hazardous chemicals and toxic agents. There is an obligation for the manufacturer of e-liquids in this higher range to label the container with the name of the substance, pictorial symbols, signals, risks, safety phases, preventive measures, and provider information. The authors also recall that the Korean National Health Promotion Act prohibits using phrases, images, or photos indicative of food or flavor on nicotine products except for cigarettes.

However, for the e-liquids that don’t fall under this Korean Toxic Chemicals Control Act, the authors noticed that containers resemble those of eyedrops, don’t bear any information on the detail of their constituents and, sometimes, even display images with fruits or candies. The authors add “In most cases, warning signs were difficult to recognize due to fine prints, being written in a foreign language, or positioning on the container.”

To raise awareness of parents

The authors point out the weaknesses of the South Korean regulation of nicotine e-liquids and suggest efforts should be made to raise public awareness and prevent accidents. The occurrence of nicotine ingestion accidents is rare in Korea but involves most of the time children under 5 years old. Reporting these cases is believed to raise awareness of parents about the dangers of keeping e-liquids within easy reach or mislabelled, in unconventional places where they (or their kids) can mistaken the e-liquid bottle for other products (medicine, most of the time).

Something very wrong with this story: How on earth can a mistake like this be made, unless it was ‘home made liquid stored in a ‘medicine style bottle.’ More detail on the liquid container is needed.