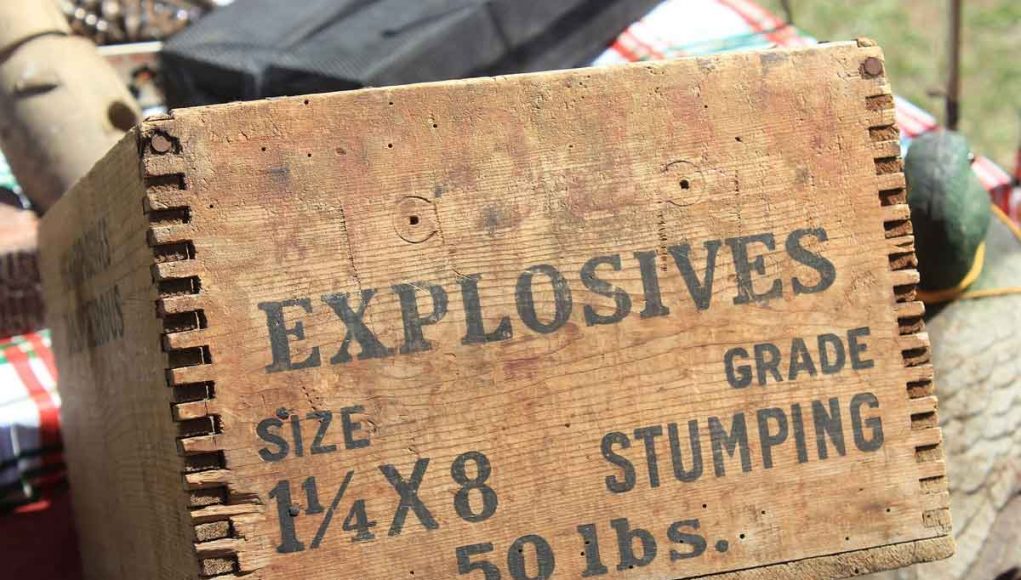 Andrew Hall, a 30-year-old vaper from Pocitello, Idaho, suffered serious facial injuries on Sunday when his electronic cigarette exploded in his face. Mr Hall had just fitted a fresh battery to his hybrid mech mod; when he pressed the fire button the battery vented, inflicting second-degree burns and knocking out or irreparably damaging seven of his teeth. The incident attracted widespread media coverage, which unfortunately failed to point out the difference between mech mods and more modern designs.

According to social media comments by Mr Hall he had been vaping for around a year and the hybrid was his first device. Apparently his local vape shop had been carrying out basic maintenance for him but were no longer able to do so because of the FDA’s Deeming Regulations, which forbid changing rebuildable coils. At this point Mr Hall built his own coil, which earlier comments say had a resistance of 0.06 ohm.

Exploding Ecigs: What you need to know

Andrew Cuomo, the Democratic Party governor of New York, lashed out at his state’s vapers on Tuesday when he proposed a heavy tax on e-liquids and a raft of new bans on where vapour products can legally be used. If approved, this new package will be a serious blow to vaping enthusiasts in the state.

The central proposal of Cuomo’s plan is a tax of 10 cents per millilitre of liquid, whether or not it contains nicotine. This would add $3 to a 30ml bottle, which typically sells for around $15 right now, so it’s a fairly significant price increase. From Cuomo’s point of view, however, it plugs part of the $100 million hole left in the state budget by the recent fall in smoking.

As well as the tax, Cuomo is proposing a ban on vaping anywhere that smoking is currently prohibited; that would extend to all workplaces and most indoor public places. The new laws have been added to the state budget, and if that’s passed they will come into effect 180 days later.

The governor’s sister, celebrity doctor Margaret Cuomo, provoked outrage last year when she falsely claimed that vaping has been linked to a range of cancers and is “at least” as harmful as smoking.

The Food and Drug Administration issued another “clarification” to their Deeming Regulations this week, but unlike their previous one it offered slight relief to the industry. The agency seems to have taken a small step back from their hard-line definition of “tobacco product manufacturer”, and in their latest draft guidance said they don’t plan to apply this definition to shops which carry out basic maintenance for their customers.

Now, it will be permitted for shops to refill a customer’s tank as long as no modifications are made to the liquid or device. Assembling the components of a kit or demonstrating how to use it will also be allowed, as will replacing a prebuilt coil with a similar one. However, changing the coil on a rebuildable atomiser will still be classed as manufacturing.

Any relaxation of the FDA’s harsh regulations is welcome, but the continued ban on recoiling rebuildable devices is raising concerns about safety. Some are saying that Andrew Hall’s injuries can be laid squarely at the FDA’s door – if shops were allowed to rebuild coils, they point out, it wouldn’t have happened. US vaping advocate and writer for Vaping360, Jim McDonald, told The Vaping Post “The deeming regs seem purposely designed to create maximum danger in vaping. They prevent vape shop employees from building coils, which will result in many more battery accidents. The deeming regulations actually do nothing to protect customers. They only create problems where none existed, and create opportunities for alarmists to call for yet more regulation.”

A new paper from the University of Victoria, entitled “Clearing the Air”, is aimed at dispelling fears around vapour products and their use. Their findings looked at toxicity and effects on smoking rates, and in contrast to most Canadian research their conclusions – based on an analysis of 170 studies – were uniformly positive.

According to the authors fears of a so-called gateway effect are completely unfounded; instead of encouraging smoking among young people, vaping is actually replacing it. They also confirmed that e-cigarettes are at least as effective as traditional nicotine replacement therapies at helping smokers who want to quit.

Finally, reviews of toxicology data demonstrated that vapers are exposed to far fewer toxic substances, at much more levels, than smokers are and that the vapour disperses far more quickly in the air; the team concluded that “the public has been misled about the risks of e-cigarettes”.