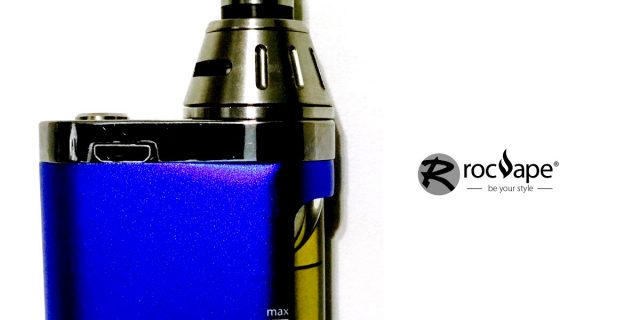 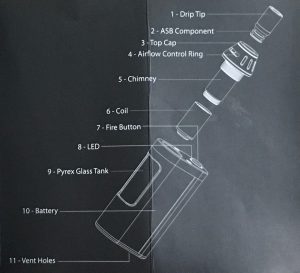 The ORIGO CVB by Rocvape is only one of this company’s four Vaping device options. At first glance, it appears to be a small internal battery device with only a fire button, but that is all apart of the unique “Constant Wattage Output” technical feature included.

CVB is an abbreviation for “Complete Vaping Box.“ This particular device is absolutely perfect for a smoker who is transitioning into vapor consumption. Since the ORIGO has the constant wattage mode, it can never go above or below 18 Watts. So, essentially you could add an eliquid with a higher nicotine dosage. 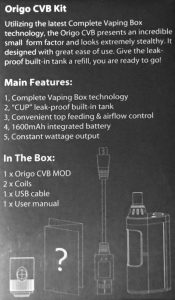 The ORIGO is referred to as a “Complete Vaping Box The device’s dimensions are 63mm x 40.5mm x21mm with a tank capacity of 1.9ml.What’s fantastic and extremely convenient is the rather long battery life. Even though it is small in size, the internal battery is 1600mAh. As stated previously, this internal battery is considered “Constant Wattage Output” as the user cannot adjust the wattage any higher or lower than 18 watts. Not to mention, there is also a “CUP “ leak-proof built-in tank with top feeding and airflow control.

When purchasing the ORIGO CVB Kit by rocvape, the customer receives some of the basic accessories one might expect to receive in any box. Of course, the consumer gets 1 ORIGO CVB MOD. In addition, it also comes with a USB charging cable, User Manual and 2 coils at 0.5 ohm – so, technically, this is considered a sub-ohm device. Another specialized feature that is not seen in many other devices I know of is the drip tip splash guard – there is a smooth pull when inhaling vapor.

Great Device to Use for Transitioning From Smoking 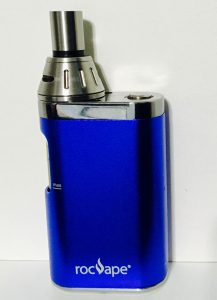 Due to the fact that, as vapers, we advocate for vaping not just for our own rights to be given the opportunity to choose whether or not we are able to quit smoking – we advocate to ensure that all the smokers wishing to quit can also have the right to pursue a harm reduction tool like a vapor device. Having been in the position as a former smoker, we know just how significant vaping is and just how much we believe it has earned it’s place among society.

As a smoker looking into alternatives to quit, vaping is by far the only proven method to do so. After all, every vaper I’ve met has once been a former smoker. Sure some vape who never smoked, but it is a tiny fraction compared to the amount of actual vapers who are ex-smokers. Some vape 0mg nicotine in order to maintain no weight gain – at least that is what I’ve been told, though I doubt it has been scientifically proven. At this point, with the constant suspicion and accusations about vapor products, the lack of the general public’s understanding between fact and fiction and any other form of apathy and distrust, what does it matter if something has been proven scientifically? We still never listen and never learn. 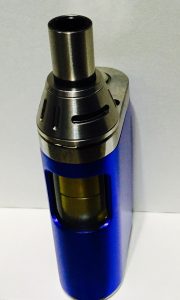 With the rocvape ORIGO CVB, a smoker would be guaranteed the chance to live a smoke-free lifestyle, courtesy of rocvape. When I was a smoker, my body required a lot of nicotine consumption throughout the day. Furthermore, starting out as a beginner, the ORIGO is the perfect device to use for the initial transition into the vapor realm. As a matter of fact, from my early days of carrying around 8 vape pens, I would had been extremely grateful for such a device to be on the market. Truth is, during my personal transition, there was not nearly as many options that there are now.

An all-in-one kit for beginners 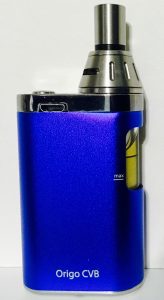 Henceforth, as an advocate for helping smokers quit, I’d certainly recommend the ORIGO CVB by rocvape . For the veteran Vaper or super sub-ohmer, this may not be for you. Then again, some veteran vapers do love a little taste of 12 mg every now and again. This could surely be the only option besides a few others on the market that is considered a .5 box mod with the option of vaping any eliquid 12-24 mg. Lower nicotine levels is what typically should be the more sensible suggestion, yet most smokers need more than 3mg which is certainly the norm for sub-ohm tank and RDA cloud chasers. When I began Vaping, I just used simple vape pens with 18 mg eliquid, now all I ever subohm with is 3 mg or less.

To many experienced vapers, the disadvantages would be the constant wattage mode, as countless vape enthusiasts need wattage adjustment buttons to toy with in order to reach and receive that perfect vape. Some of the “high-end” vapers only need 40 watts, while cloud chasers need wattage anywhere between 75-200w. Therefore, it would be considered a “con” on any device where there’s only a fire button. 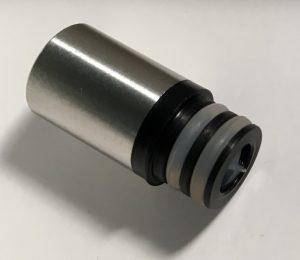 However, as noted, this could also be perceived as a heavy advantage, since a smoker in transition to vapor does not need more than 18 watts. The lower the wattage is, then the option for adding higher nicotine levels becomes available. Since vaping is an evolving process, it is crucial to mention,expand their horizon by moving up in wattage and eventually vapers will always simultaneously lower their nicotine intake. Hopefully, this no longer needs to be highlighted as I’m hoping any beginners reading this have absorbed the wisdom being conveyed.

Overall, the Vapor Production is surprisingly much more plentiful than any experienced vaper might assume with only pushing 18 watts, but at 0.5 ohms and 1600 mAh battery, you get a nice sized cloud with a crisp flavor burst on the exhale – quite frankly, it is unexpected, which makes this device even more innovatively special than one may assume as it is not necessarily conventional in appearance. Then again, that is a stand-out underlying feature of this all-in-one kit, it’s originality.

Visit rocvape.com to purchase this product 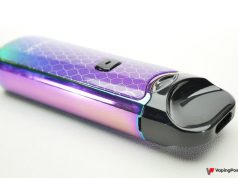 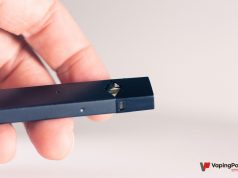 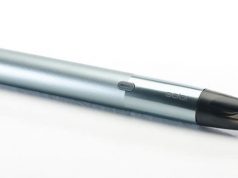