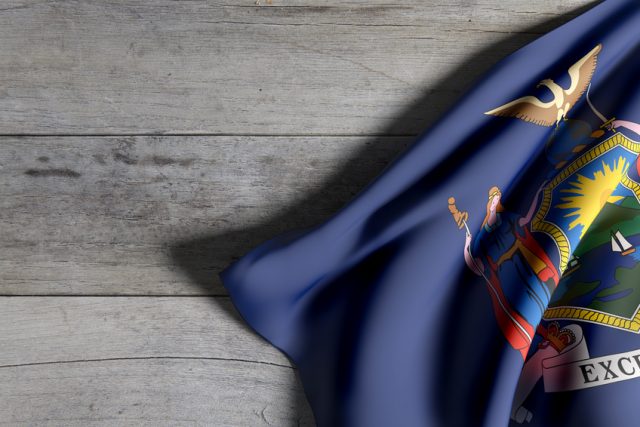 Of course, many already are well aware of the FDA American’s rights to promoting harm reduction products to ensure the safety of one another now includes policymakers and regulators to require outlandish mandatory impossibilities, unless vape advocates mobilize and assist one another in surviving these threats and attacks (i.e. PMTA).

The New York State has clearly reached “high priority” status of the anti-vapor establishment. Then again, the state that boasts the most populated city in America seems they have adopted a relentless pursuit to ensure that many of the children who live there will now become hooked on cancer-causing, emphysema-escalating tobacco-based traditional cigarettes.

Is that a bold claim to make? Yes, but it’s a warning to the good citizens of New York who may not know enough information about vapor products due to the constant misrepresentation of the effects and motivations of the vapor industry’s intention. The vapor industry’s intention , according to the Still Blowing Smoke campaign is so far-fetched and misguided that it has been characterized as a Big Tobacco scheme to reestablish America as a dominant marketplace for “nicotine addicts.”

Hopefully, that bold statement is a wake-up call to the NY Department of Health that they have been misinformed as well, or if they have other intentions, they must be reminded by the portion of the American public who understands harm reduction and knows all about the the potential vapor products will have on those who have become cigarette smokers. All that will happen is that they will quit smoking.

Regardless, they are still undoubtedly endangering the people who occupy the same communities in which they also live. More or less, perhaps what is being communicated to the New York State Health Department is that they should ask themselves, “What is it that you would like future generations to remember you for? How did you contribute to the progress of American life?” All honest questions. One suggestion might be to fully absorb all these words, internalize them, then search for another job as your conscience comes into play.

The bold statement made earlier is not a suggestion, not a claim, or an accusation, it’s the truth. It’s very condescending and entirely corrupt that these state governments think they can lie to their communities and even their neighbors. If you can’t trust the person next to you, who can you trust? Inciting more suspicion amongst Americans is not at all supporting the preservation of this nation.

A number of professional and reputable advocates in favor of the vapor industry, who work outside of the vape industry, have criticized the Still Blowing Smoke campaign in articles, much like one titled “California Dept. of Public Health Launches $75 Million as Campaign to Discourage Vaping” written by the President of Americans For Tax Reform.

ATR President Grover Norquist states:
“The orchestrators of this campaign at the California Department of Public Health should be ashamed of themselves. For years, public health bureaucrats claimed that efforts to discourage smoking were about increasing public health. This most recent $75 million taxpayer-funded effort has further exposed the fraud of those claims by demonstrating that anti-vaping government activists care about one thing and one thing alone: money. Campaigns like this are clearly aimed at preventing smokers from making the transition to a much healthier alternative so that the state can continue to fund big government initiatives with cigarette tax revenue.”

Vapor is NOT even a Close Comparison to Smoke

The name of the campaign in itself is clearly a lie. It’s vapor, NOT smoke! IT is very easy to tell the difference. One way to test this out is to go stand in front of a campfire and stand in an area where the smoke blows into your face, see how long it is until you become overwhelmed. Then, go to a concert and stand in front of those fancy fog-machines they shoot out into the audience while the performers entertain on stage, chances are you will not even be bothered. Certainly a metaphor, but a similar comparison nonetheless.

Vapor is NOT carcinogenic smoke! The only smoke in this equation is coming out of the mouths of elected officials and they’re blowing smoke right up the @$$ of each citizen. Pardon the typo, it was intentional and sarcastic. However, the exaggeration of a classic idiom is merely to represent the situation we find ourselves in as American citizens, only the sarcasm is comical, the lies however, are ruining lives and damaging minds.

The misinformation campaign attempt is relentless and it began in the same place Vaping first became popular – California! This used to be a progressive state leading the U.S. into the future. However, when you are ranked the 6th largest economy in the world, there’s not much anyone can do to stop the California State Department of Health launching a campaign known as “Stop Blowing Smoke” – specifically aimed at trying to convince all of the general public outside of the vaporsphere, that vaping was some master-plan constructed by Big Tobacco to relaunch addictive tobacco products hoping to addict a new generation of kids to nicotine.

The New York State Vapor Association (NYSVA) Vice President, Andrew Osborne said to Vaping Post, “NYS Dept. of Health is now using the CA Still Blowing Smoke ads. And paying to advertise with them in local markets. The NYS DOH is not calling this campaign Still Blowing Smoke, but they are already running the videos on local news channels as well as online videos. It’s terrifying.”

This is certainly not the case and unfortunately another example of state authorities within the U.S. actively endangering the public, their own residents and perhaps their own neighbors. So basically, from this and the article written by ATR’s Norquist – the CA Dept. of Health is actively misusing taxpayer money to fund a misinformation campaign that deliberately endangers public health. If anyone needs a reminder, this particular act of misusing funds is commonly known to be a form of misconduct. No accusations, just observation.

It’s almost predictable that the state of NY would be dealing with this nonsense sooner or later. As soon as we witness the Vaping Laws take precedence in CA & PA, it became obvious NY would be next on the list of states for anti-vape enthusiasts to strategically target. Is anyone else fed up with this type of governance in the U.S.? Enough is enough – but for America, it’s never enough.

Tony, great article and putting the FACTS down for the world to see. Sharing this far and wide!

Thanks Kevin, yes please feel free to share this, it seems pretty outrageous what’s happening in NY & it is absolutely disappointing, to say the least. Hopefully, we can help create more awareness throughout the community. 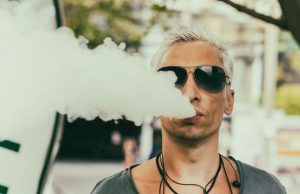 Diane Caruana - May 25, 2022 0
Minister Chaiwut Thanakamanusorn has said that the public should have access to unbiased information about safer alternatives.In Thailand, a ban on the import, export,...