#1 Dr. Lynn Kozlowski, Professor of the University of Buffalo School of Public Health “Those who try to exaggerate dangers of using vapor products should consider their role in keeping smokers smoking. Telling people that only no product is safe is an irresponsible message.”

#3 Dr. Lynn Kozlowski “Overall evidence for a causal gateway effect that could have a major effect on public health is unconvincing. Evidence arising from secular trends in cigarette and e-cigarette use does not support that there is a gateway effect.”
Dr. Lion Shahab Cancer Research UK-funded scientist University College London “The full benefit of using e-cigarettes is from completely stopping smoking,“Part of the reason why people use e-cigarettes is to stop smoking, and we have shown that they provide effective delivery of nicotine.”

#4 Dr. Lynn Kozlowski – “Many people believe that vaping could not be as satisfying as cigarettes, and this lack of satisfaction could encourage switching to the more satisfying product. But our findings indicate that that the non-cigalike vaping products can be very satisfying.”

#5 Dr. Lynn T. Kozlowski, a Professor of the University of Buffalo School of Public Health, has made some groundbreaking statements and produced meaningful data in his most recent study on whether or not U.S. Military soldiers found vaping or smoking more satisfying. The results are published in the online journal Preventative Medicine Reports.

Due to these groundbreaking findings, it is noteworthy to highlight Dr, Kozlowski in a majority of the comments since the significance of the study is not only popular, but even more so how much this study is essentially the first of it’s kind and will be a central focal point for advocates to use in their arsenal of factual evidence.

Kozlowski’s data could very well be repeated and recited by pro-vapor Political officials,which is extremely influential to the advocacy movement. After all, advocating for vapor was birthed out of the desire for communicating amongst each other with honesty, rationality and truth.

No to mention, there have been a number of other landmark studies throughout 2017 at Cancer Research UK – subscribing to their newsletter would be advantageous 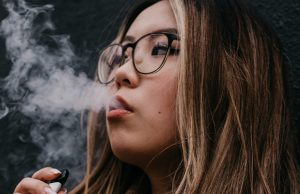