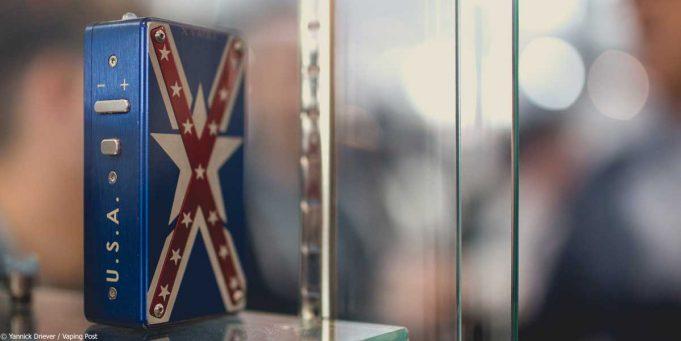 The town of Aspen, Colorado pushed through an increase in the purchase age for tobacco last Monday – and added vapour products to the new law. From 1 January 2018 Aspen will be the first city in Colorado where vapers have to be 21, rather than 18, to legally buy e-liquid.

Pitkin County medical officer Kimberly Levin was the driving force behind the new restriction, assisted by national campaign group Tobacco 21. Levin now plans to push for similar laws at county and state level. However supporters of the plan admit that most young tobacco users get the products from a proxy buyer; school official Tharyn Mulberry claimed the Tobacco 21 law was needed to “send a message” that proxy purchases are not acceptable.

Oddly, as 18- to 20-year-olds can still legally vape in Aspen, proxy purchasing is now the only way they can obtain products.

Despite strong opposition from local businesses, who say it has the potential to shut them down, San Francisco’s Board of Supervisors have vowed to press on with their controversial proposal to ban all flavoured tobacco products – and to keep e-liquid within the scope of the law.

Proposed by supervisor Malia Cohen in April, the proposal was approved by the “Public Safety and Neighbourhood Committee” last week and will be voted on by the full board this Tuesday. If approved, which seems likely, the ban will come into effect on 1 January 2018.

What makes this especially threatening for San Francisco vapers is that most other councils surrounding the Bay are contemplating similar bans. If they all pass, it will be virtually impossible to buy e-liquid in the Bay Area without going online. Businesses have also warned that the law is likely to create a thriving black market in banned products.

A coalition of pressure groups led by the American Cancer Society is trying to force New York’s state government to add e-cigarettes to existing anti-smoking laws. Groups including Tobacco Free Kids plan to bombard legislators with phone calls, social media and petitions demanding they “pick a side” between health and “big tobacco”.

If passed, the law will ban vaping anywhere that smoking is already prohibited, which means most public places. It’s already been approved by the Democrat-controlled state senate, but Republicans are reluctant to pass it and have previously forced similar proposals to be removed from the annual spending bill.

Now the ACS, Tobacco Free Kids and others plan to present this as a fight between health advocates and “big tobacco”, although most of the businesses affected by it have no relation to the tobacco industry. Democratic Party supporters like Assemblywoman Linda Rosenthal are using the same attack lines, and it’s likely that opponents of the law – and New York vapers – will have to put up with a lot of harassment over the next few weeks.

US teen tobacco use falls again

The latest data from the Centers for Disease Control shows that, yet again, tobacco use among school students in the USA continues to fall – and this time vaping has dropped, too.

This study is based on the National Youth Tobacco Survey, which collects data on middle and high school pupils across the USA. In previous years groups like CDC have conflated vaping with smoking and used the growing popularity of vapour products to mask the long-term decline in teen smoking. Now they’ve acknowledged that overall tobacco use in high schools is down from 24.2% in 2011 to 20.2% in 2016 – and for cigarettes, the most dangerous product, the drop is from 15.8% to 8.0%.

The main focus of the event was on harm reduction; topics covered included the growth of new nicotine technologies, the impact of regulations like the EU TPD and the current state of science on vapour products and health.