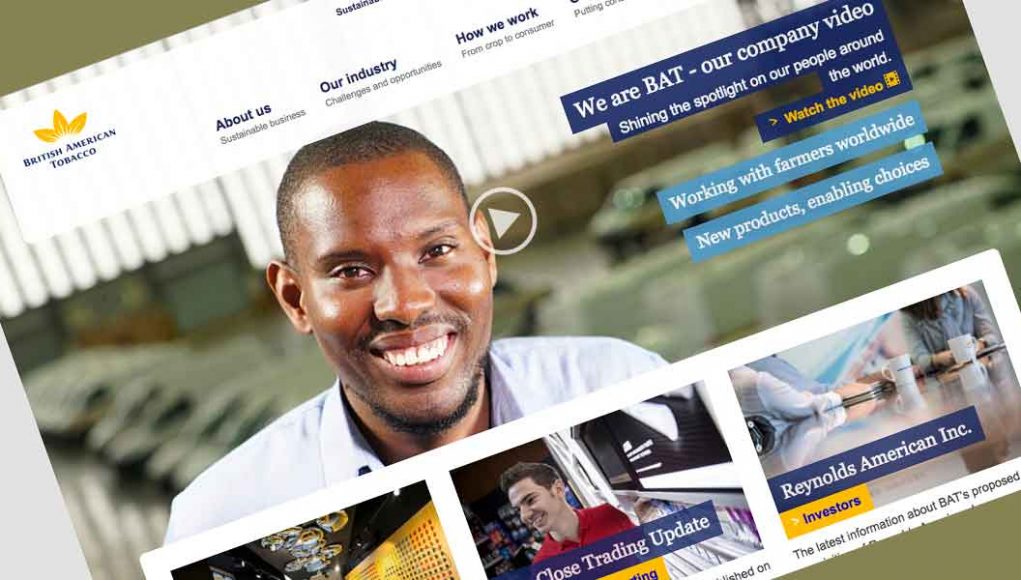 A few big tobacco companies, amongst which BAT “have threatened governments in at least eight countries in Africa demanding they axe or dilute the kind of protections that have saved millions of lives in the West.” read an article published by the Guardian last week. The article goes on to explain that BAT, has been doing its utmost to block local governments from implementing such regulations by trying to influence local courts .

“[A proposal for a new 2% tax on the industry in Kenya] … is arbitrary, capricious and inaccessible … it will have a significant effect on cigarette manufacturers and importers putting at risk further investment and direct and indirect employment opportunities in Kenya.” read one of the court documents that The Guardian got hold of. BAT Kenya has already lost its case in the High Court and the Appeal Court, hence the case is currently with the Supreme Court.

On the other hand, a petition sent by BAT to the to Constitutional Court of Uganda said, “Your Petitioner alleges and shall demonstrate that the Tobacco Control Act, read as a whole, has the effect of unjustifiably singling out the tobacco industry for discriminative treatment.”

Accusations of corruption and delaying regulations

Back in November 2015, BAT was accused of illegally paying politicians and civil servants in East African countries to boost cigarette sales. Details about the illicit payments surfaced when a whistleblower shared hundreds of secret documents. At the time, BAT had naturally denied any involvement, saying “The truth is that we do not and will not tolerate corruption, no matter where it takes place.”

“BAT has done as much as they can to block us.”Professor Peter Odhiambo, Tobacco Control Board, Kenya

Former heart surgeon and current head of the government’s Tobacco Control Board in Kenya, Professor Peter Odhiambo, told the Guardian: “BAT has done as much as they can to block us.” The newspaper pointed out that at it stands, BAT has successfully managed to delay the implementation of any cigarette regulations for the last 15 years.