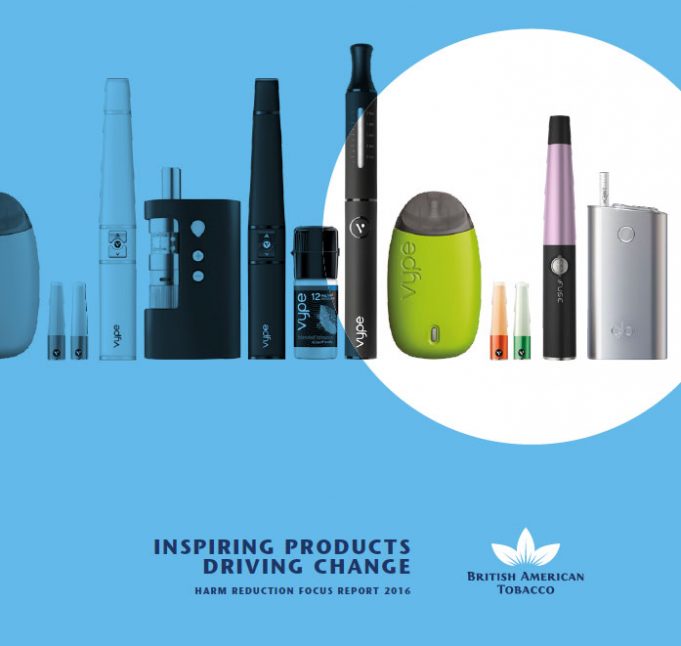 British American Tobacco’s annual report for the year 2016 highlights significant progress Next Generation Products, a category called by the company “outstanding next generation tobacco and nicotine products” which includes the Cigalike Vype, the starter kit Vype Pebble and the HNB cigarette Glo.

The largest vapor business in the world outside of the US

The report comes back on the success of vaping products with a retail share that has reached nearly 40% thanks to the success of Vype and the recent acquisition of Ten Motives. The UK based e-cigarette business with particular strength in traditional grocery and convenience channels was completely acquired by BAT on 20 April 2016.

January 17, 2017, the Group also announced the agreed terms of a recommended offer for the acquisition of the remaining 57.8% of Reynolds American Inc. not already owned by the Group, a transaction that is expected to close during the third quarter of 2017. The acquisition of RAI is expected to offer to BAT its entry on the American market and turn the British company into “a truly global tobacco and Next Generation Products company, delivering sustained long-term profit growth and returns”, according to Nicandro Durante, Chief Executive.

The Vype Pebble, launched by the Group as a new vaping concept in Europe, is believed to enhance the overall category and increase consumer penetration in the near future. After Apple and Microsoft, the flagship store concept has been introduced in the tobacco world by PMI for its HNB cigarette iQOS, and now by BAT for Vype Pebble with a brand new store recently opened in Milan.

HNB cigarettes are not left behind

The consumer penetration of another product is followed closely since its introduction on the Japanese market, last December. The HNB cigarette Glo has gained 5.4% of volume share in a leading convenience store chain in Sendai after only ten weeks. The Group announces further roll-out and product upgrades are scheduled for 2017 and beyond.

As these results demonstrate, our combustible tobacco business continues to perform extremely well and I am very pleased with the progress we are making in Next Generation Products.Nicandro Durante, BAT's Chief Executive