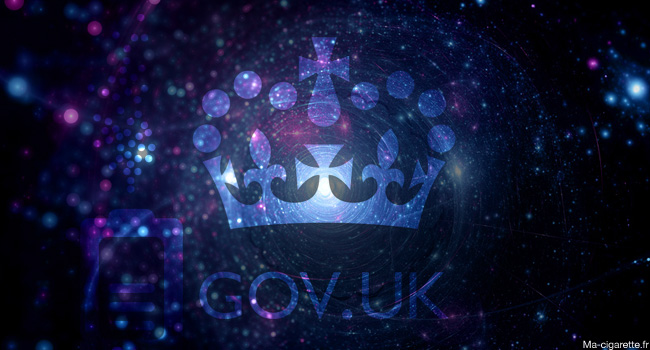 Stoptober, is organized by National Health Service (NHS) UK and is a campaign that encourages smokers to quit cigarettes for the month of October, with the hope that this will encourage them to stop smoking for good. The campaign offers a number of suggestions to smokers wishing to quit, and highly recommends the combination of behavioral support and the use of Nicotine Replacement Therapies (NRTs).

Preliminary figures seem to suggest that this year’s campaign was a success in encouraging many smokers to transition to vaping. A number of studies have indicated that besides being significantly safer than regular cigarettes, e-cigarettes are smokers’ preferred smoking cessation tools. This is due to the fact that the hand to mouth motion required to vape, closely imitates the action of smoking, making the transition from smoking to not-smoking a smoother one for addicts.

“The positive public health message regarding vaping has up to now been failing to get across to the UK’s remaining 7.6 million smokers. The Public Health England campaign was a welcome change and has had an obvious effect, but it needs to be sustained, not just a one off.” Mark Pawsey MP, Chairman of the APPG

Hence, tomorrow on Wednesday the 1st of November, Vice-Chair of the APPG, Gareth Johnson, is leading a debate pertaining to the topic in the House of Commons, urging lawmakers to take advantage of the success of Stoptober and launch a year round campaign to keep promoting vaping as a smoking cessation or harm reduction tool.

Below is the official statement by the APPG:

A group of MPs and Peers have today (Wednesday 1st November) urged the government to build upon Public Health England’s (PHE) Stoptober anti-smoking campaign, which was the first of its kind to encourage the use of vaping as a means to quit smoking.

In its report “The State of the Vaping Nation” the All Party Parliamentary Group (APPG) on E-Cigarettes has called upon the government and public health bodies to sustain and capitalise on the level of public engagement with vaping seen during Stoptober by launching a continuous programme to keep promoting and accurately communicating the positive public health evidence for vaping.

Following the PHE campaign, which emerged from the government’s commitment in its recently published Tobacco Control Plan to back the promotion of the positive public health opportunity of vaping, the UK Vaping Industry Association (UKVIA), the largest trade body representing the sector, has reported that its members have experienced significant increase in sales during Stoptober.

In particular, the APPG has seen evidence from the UKVIA that there has been a considerable rise in starter-kit sales this Stoptober, suggesting a significant increase in those smokers trying vaping for the first time.

Edinburgh based Vaporized, the UK’s largest vape retail chain, added 3 more stores to its now 106 store portfolio and experienced a 40% year on year rise in sales this October.

Mark Pawsey MP, Chairman of the APPG on E-Cigarettes, said: “The positive public health message regarding vaping has up to now been failing to get across to the UK’s remaining 7.6 million smokers. The Public Health England campaign was a welcome change and has had an obvious effect, but it needs to be sustained, not just a one off.

“That’s why today we are calling upon the government to ensure such campaigns become the norm, not an exception, so that the UK can fully exploit the public health potential of vaping.

“Without these campaigns the current mixed messages surrounding vaping will continue and create a confusing picture.”

Doug Mutter, a board member at the UKVIA, added: “when our own esteemed health bodies already recognise vaping as being at least 95% less harmful than smoking, why are we preventing people from making the switch by banning most advertising? Why does the industry have more strict packaging guidelines than bleach?”

The report also highlights a worrying trend in the public perception of vaping as an alternative to smoking, with only 20% of people correctly identifying that vaping is “a lot less harmful” than smoking, compared to 31% in 2015.

In addition, the number of adults who believe that vaping products are “as harmful”, or “more harmful” than smoking has nearly quadrupled from 2013 to 2017 from 7% to 26%.

Louise Ross, Stop Smoking Service Manager for Leicester City Council, the first Stop Smoking Service to go e-cigarette friendly, said: “we are concerned that aspects of the Tobacco Products Directive work against helping people to stop smoking, by making life for vapers more difficult…and by preventing positive messages being shared among those who have been frightened off vaping by a hostile propaganda war.”