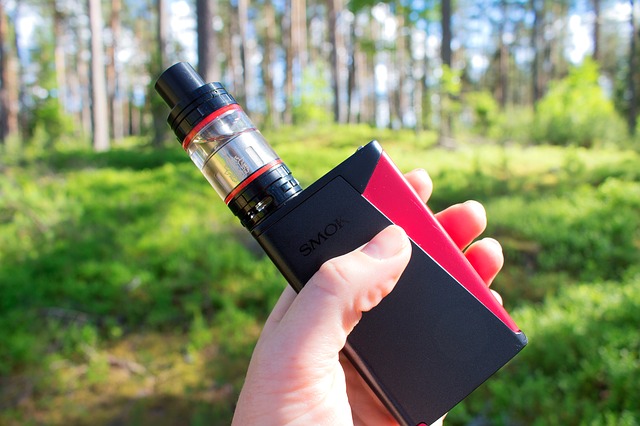 Last Wednesday, a Capital Regional District committee gave its preliminary approval to a proposal that would extend the existing clean air bylaw to include e-cigarettes and a number of tobacco products including cannabis. If this proposal is approved, vaping would be banned in parks, and within seven metres of public buildings such as school establishments. The ban proposal is passed for consideration by the full Capital Regional District board of directors on April 11.

The health officer is referring to a study by researchers at John Hopkins University, suggesting the presence of toxic metal levels in e-liquids. Sadly, a number of health experts pointed out that this study was “fraught with methodological flaws.”
The ban would also be extended to places of entertainment which serve food and drinks, such as restaurants. Chief medical health officer for Island Health, Dr. Richard Stanwick, said that the purpose of this expanded bylaw is to ensure consistency with provincial regulations, adding that both e-cigarettes and cannabis generate “fine particulate matter which are not good for health.”

“Each one of them are associated with significant hazards; for example heavy metals with some vaping products,” said Stanwick. When mentioning metals, the health officer is referring to a study by researchers at John Hopkins University, suggesting the presence of toxic metal levels in e-liquids, which made headlines last month and was quoted by numerous articles. Sadly, a number of health experts pointed out that this is once again a case of misinterpreted data.

Dr. David Dawit, the Chief Scientific Officer at Eosscientific, an e-liquid manufacturer, wrote a detailed article explaining how this “study is fraught with methodological flaws.” He added that the researchers at John Hopkins “used environmental safety limits for metals in air that cannot be applied to real vaping conditions at all.” Yet, despite this, this study is still being quoted and informing policy, in what is a clear example of how misinformation can be detrimental to public health.

Additionally, Public Health experts have long been pointing out that regulating e-cigarettes in the same way as their combustible counterparts sends the wrong message to the public and could therefore cost millions their lives.

In the meantime, also in February, Public Health England (PHE), released findings from an e-cigarette review that was conducted by leading independent tobacco experts, and updated the organization’s 2015 vaping report, confirming that vaping is at least 95% safer than smoking.