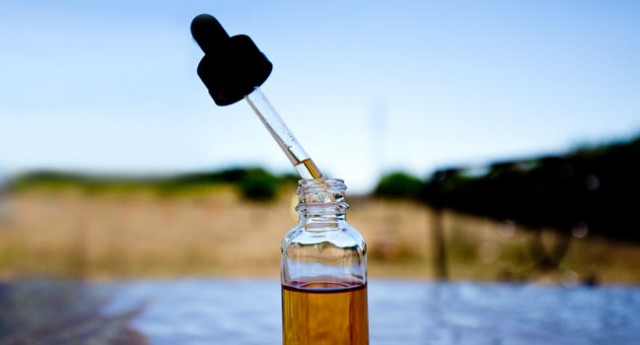 A study published in late December 2015 in the The Journal of the American Association for Aerosol Research, Aerosol Science and Technology, by researchers from the University of California in Irvine, aims at evaluating the quality of the emissions of e-cigarettes and compared their figures to combusted reference products.

To achieve this goal, they develop a novel analytical approach based on real-time measurements of volatile organic compound (VOC) concentrations and their size spectrum. The machine, a proton transfer reaction time-of-flight mass spectrometer (PTR-MS), is being used to measure concentrations of VOC by NOAA in atmospheric and stratospheric studies, and has also been tested by Imperial, a British Tobacco company, in the framework of a comparative study of their products with concurrent ones. Size spectra were obtained from another analysis but on the same sample.

The US study by S. Blair and her co-authors received the support of the National Cancer Institute of the National Institutes of Health and the Family Smoking Prevention and Tobacco Control Act, and was funded by the National Science Foundation. It confirms an increase of VOC emissions with increasing tar content and the success of charcoals filter to retain those compounds. The presence of menthol in e-cigarette brands also seems to increase the VOC content compared to their non-menthol equivalent, as the likely result of the addition of this flavor in the formula. It also confirms that e-cigarettes emit particles in similar amounts as “light” tobacco cigarette (probably the lightest “light” cigarette available).

In brief, the researchers sampled the air emitted from normalized puffs of e-cigarettes and tobacco cigarettes and analyzed particles and VOC contents. VOCs and particles were screened by their instruments and compared for two types of e-cigarettes and 9 types of classical ones among which tar levels ranged from 1.67 mg/cig (light) to 25.0 mg/cig (unfiltered) and nicotine content from 0.16 mg/cig to 1.7 mg/cig. Nicotine content of the two e-cigarettes remained around 0.55 mg/cig and the only difference between the two types were that one contained e-liquid made from propylene glycol (e-cigarette 1) while the other one was vegetal glycerin (e-cigarette 2). No indication is given with respect to the brands used but the authors mention “Kentucky Reference cigarettes” since most of them were employed in other standardization by the University of Kentucky in Lexington.

Among the emission products, acetaldehyde, acetone, acrolein, methanol and acetonitrile concentrations were investigated. The latter only occurs in tobacco cigarettes, in relation with the nitrogen present in tobacco (pigments and proteins). Methanol is mainly associated to the pyrolysis of the pectin present in tobacco leaves during smoking and should be a minor constituent of the VOC emissions of e-cigarettes. Acetaldehyde, acetone, and acrolein may result from the oxydation or the thermal decomposition of sugars, cellulose, pectin, triglycerides, and glycerol and ere found in all the samples in various concentrations. More specifically, acetaldehyde, acrolein, and acetone were also found in the e-cigarette studied, supporting the evidence of the electrochemical oxidation of vegetable glycerin.

Is it better vaping PG, VG or a mix ?

The authors notice that e-cigarette 2 had ~10 times more acrolein than e-cigarette 1 in the chamber experiments and hypothesize that the cartridges of e-cigarette-1 and -2 were from different brands which might have contributed to this difference. They alternatively suggest a loss because of the permeability of the Teflon tube for this compound. In the graphs, only the data of the e-cigarette 2 are compared to the other cigarettes. However, the two e-liquids also differ from their composition: PG for -1 and VG for -2. It is noticeable that any puff of a tobacco cigarette emits more VOCs than an e-cigarette, even if the e-liquid employed during the test contains 100%VG.

No conclusion with regard to toxicity

Since the toxicity is dose-dependant for each constituent, the authors have not been able to infer any potential toxicity of any of the different cigarettes tested and suggest further investigation in this domain.

The authors showed that amount of VOCs and particle concentration increase with puff number for conventional cigarettes but not for the e-cigarette 2, which had no puff number dependence over less than 10 puffs (at 1 puff/min).

Their figure 8, showing the integration of data from a continuous vaping experiment however raises a few comments with regard to the reproducibility of emission results with e-cigarettes. The authors noticed that that volatiles were not emitted with a consistent delivery rate and link the decrease to either the depletion of the battery or the depletion of the cartridge.

It is regrettable that no information was provided with respect to the type of e-cigarette used by the team. The technical properties of the device may provide insights for the interpretation of the results:

The experiment that appears on figure 8 most likely reflects the use of an e-cigarette by a vaper. Two ways remain to be explored when looking at the evolution of the concentrations. They address the evolution of the quality of the coil and its impact on the emission of potentially harmful VOCs.