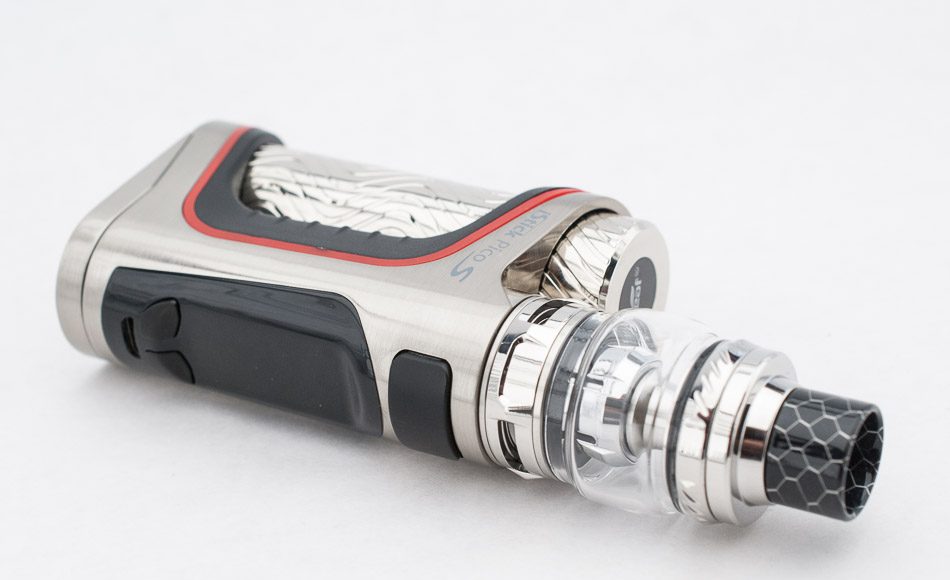 Note: This article has been partially translated from French with an automated software. Please excuse us for any mistakes that it might have caused. Leave us your comments at the bottom of this page to help us improve this translation. Thank you. 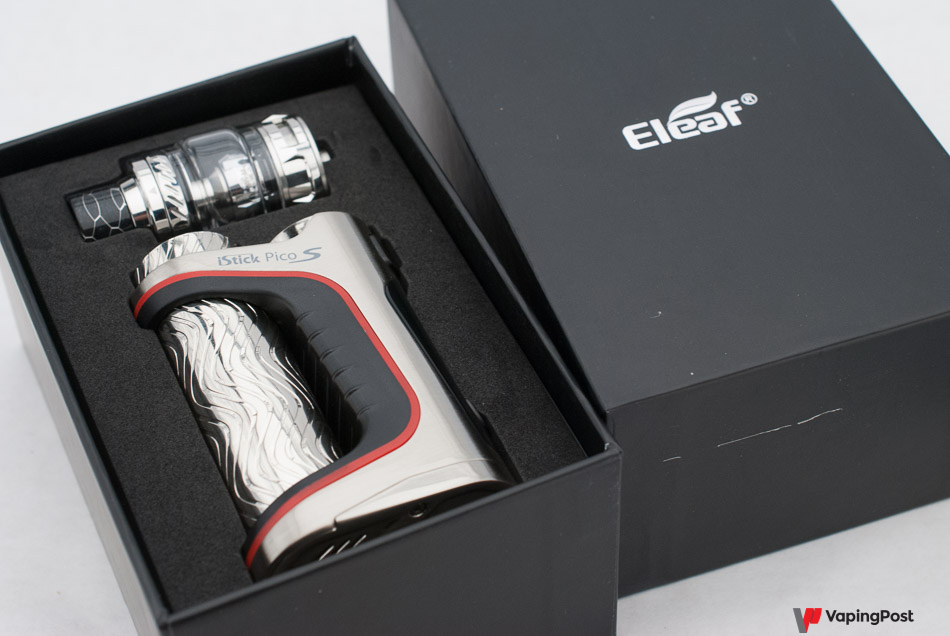 The iStick boxes are part of the legend, or at least the history of vaping. In 2015, Eleaf released the first iStick, a small box with variable power and internal batteries, a revolution at the time. Many vapers, beginners or not, adopted it : it was the beginnings of a variable wattage vaping for all, at an affordable cost.

So much so that this box is still produced today, even if it now has bigger, more energetic sisters, like the 60 W version.

One year later, Eleaf designed the iStick Pico, a box with a smaller interchangeable battery than the others, thanks to a trick that all the manufacturers then took back: to make the battery of the box exceed a little bit thanks to the cap of the compartment. I have two copies, a 22 mm and a 25 mm, more adapted to the current atomizers of diameters higher than 22 mm. They follow me wherever I need a discreet setup.

In short, these iStick and iStick Pico boxes are among the best-selling and not for nothing: they are robust, simple and discreet. It is also a difficulty for Eleaf: how to conceive a succession worthy of the legend?

Pico S: ready for the future 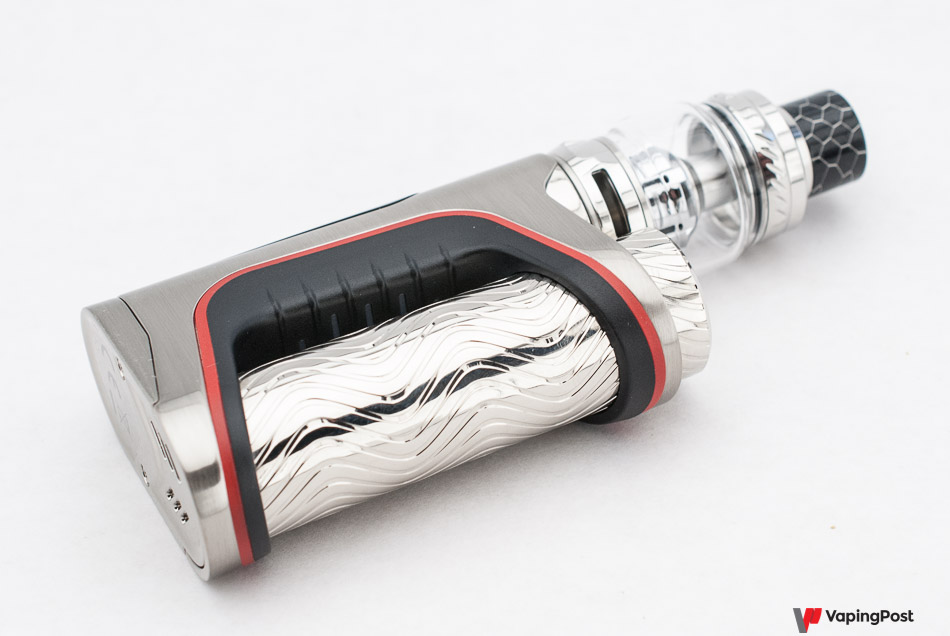 Whether in terms of design or chipset, the Pico S is not just an evolution of the Pico line. If it takes up the idea of the battery compartment which protrudes from the box, its design is more worked, it is larger, and its chipset is new, more complete.

The screen is always monochrome, but it is bigger, more readable. The menus are simple and well organized in two parts:

– 5 clicks on the firing buttons display the available modes, from power mode to TCR mode via memories, bypass mode and temperature modes for different wires.
– A long simultaneous click on the firing button and the + button accesses the advanced settings: brightness, intensity display instead of the number of puffs (thanks Eleaf for proposing this important display), preheat, for example.

The battery 21700 is inserted into a tube which is unscrewed from the base and completely removed. The interest of the 21700 batteries is to offer a larger capacity, in a still reasonable format. The tube is decorated with waves and illuminated, when one goes, by a series of LEDs on the black part. In general, I don’t particularly like boxes that light up, but if it stays discreet and nicely done, it’s fine. This is the case here, and these LEDs can be disabled, so everyone can choose between light and shadow.

In short, the design is less sober, the lines are tight and it is rather successful. The box is more massive and gives a feeling of robustness to all tests. All adjustments are impeccable and the details are neat, more than on previous Pico. 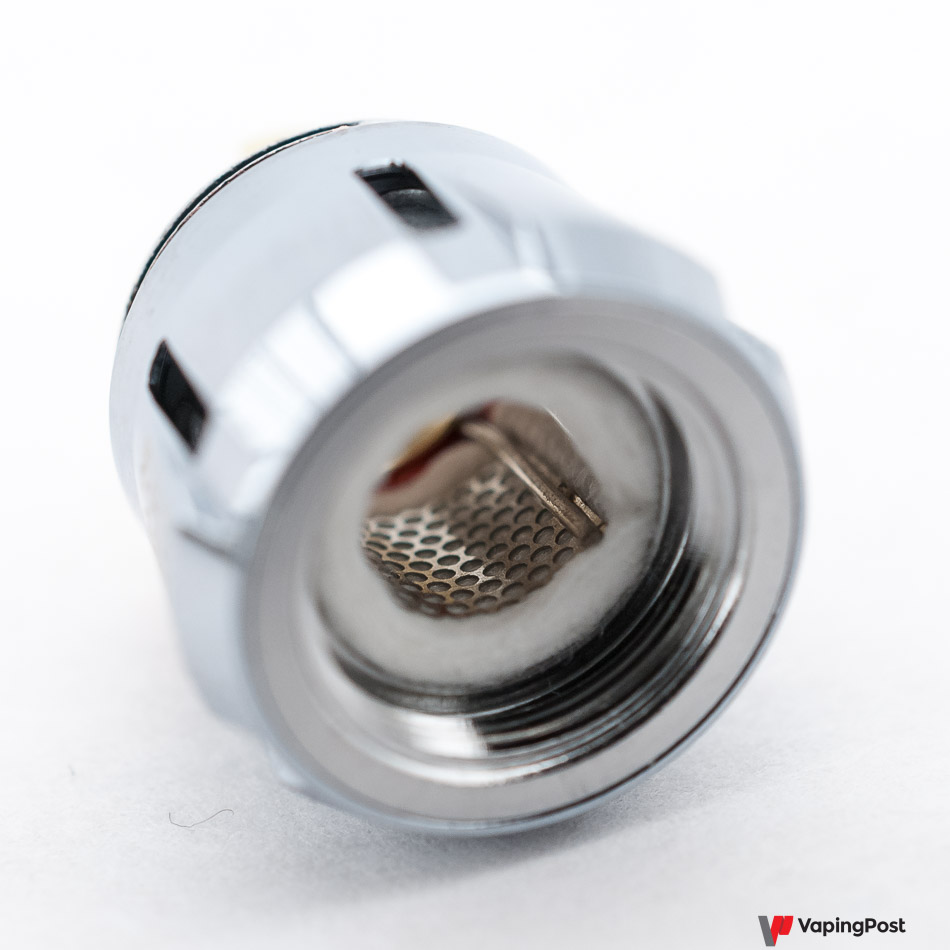 In this kit, the iStick Pico S comes with an evolution of the Ello clearomiseur, the Ello Vate.

It’s a good big subohm that goes between 45 and 100 W. It strongly resembles the Ello Duro, tested previously on our french site, and shares the same interchangeable coil heads, named HW-Net and HW-Mutilehole.

To be clearer, the first is a kanthal mesh, and the second is a thin kanthal sheet pierced with holes (photo). All manufacturers are currently adopting these alternative materials to traditional wires, to surf on the idea that mesh would produce better flavors, which is not only false, but not automatic either.

Its construction is traditional: a curved pyrex tank that clips onto the top cap that also houses a honeycomb resin drip tip, and a base that houses both coil head and air flow control.

Filling is done from the top after sliding the top cap to the side.
The drip tip is almost standard 810, but not quite, and the seals are on the drip tip instead of being in the top cap. In fact, Eleaf has adopted the same format as Smok’s TFVs, so it will be possible to find replacements if needed.

The vapor of this atomizer is powerful, the vapor is dense, and we must admit that the flavors are not destroyed on the altar of the giant cloud. Without reaching the level of a good rebuildable atomizer, these coils work well. We also find the characteristics of this type of atomizer: a significant consumption of liquid and energy, and the impossibility of vaping under 45 watts. 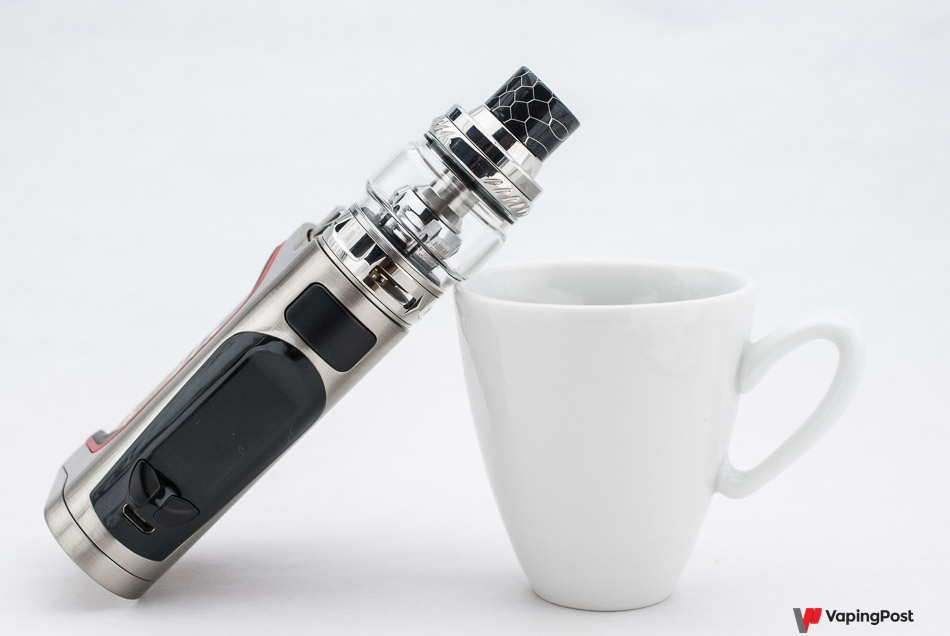 Heiress of course, of the Pico line, it takes the general form, a measured price, the relevance and simplicity of the chipset, even if it has evolved and has been enriched with more modern functions. But it is also very different: it is bigger, more massive, more powerful and more “luxurious”. It is not sold in kit with the traditional Melo, but with an Ello, cloud chasers. It is also more “technical”: when you have it in hand, you feel the construction in two bodies.

As a daily user of the old pico, my first reaction was to say “no, this is not a “real” Pico”! But in use, whatever, it is a very good box, reliable and ergonomic, we can even say that it is better built than its little sisters (arghh, I really said that?).

A well thought kit for the subohm

Overall, the kit is consistent and of very good quality for lovers of powerful and open vape without sacrificing taste. The autonomy remains for the moment a little bit close with only one battery, even if it is in 21700 format: its capacity is, for the moment, only 25 % more important than that of a battery 18650 of 3000 mAh. But patience, Eleaf does well to bet on this format, in little time, we will have batteries 21700 of greater capacity.

The kit is delivered in a black box and contains many seals, pyrex and spare resistors, as well as a usb cable. Some kits also include a 21700 battery, but not the one I received. The instructions for use are brief but clear, and in French.

The essential features of the Eleaf iStick Pico S 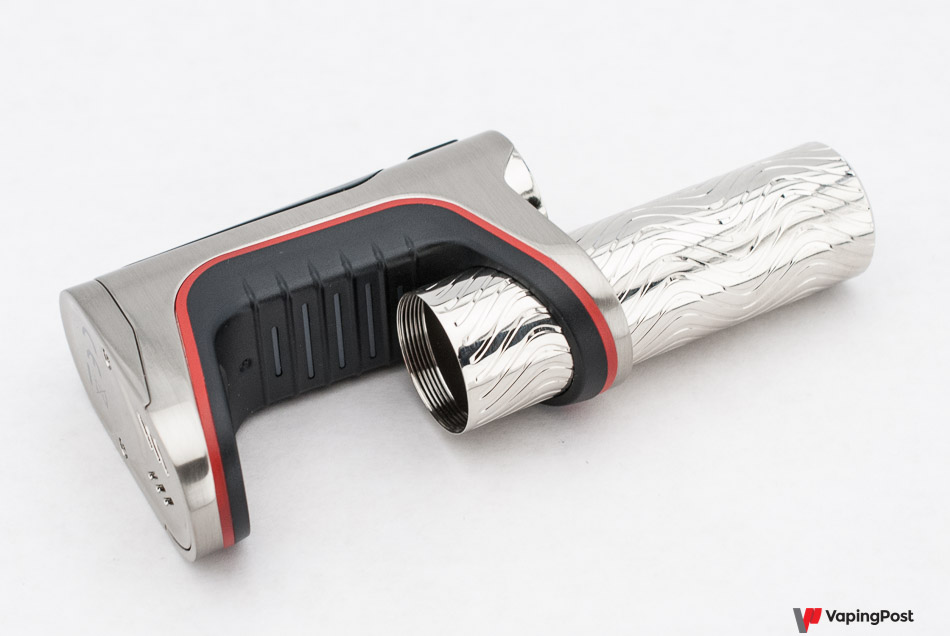 The first thing I did when I received this kit was to unscrew the tube to fit an 18650 battery. The adapter works perfectly, but the tube, by unscrewing itself, produced a shrill creaking, amplified by the sound box that the empty tube constitutes. It was a bad start.

Worse, at the time of screwing, impossible, the tube was rotating and did not hook the thread. In fact, the positive stud at the bottom is spring-loaded to ensure good contact, and needs to be compressed a little to screw the tube back on. It is thus necessary to press on the top of the tube while screwing it. The ugly creaking is lower when there is a battery in the tube, it disappears with a little grease, oil or even liquid on the screw thread.

A tip: do not overtighten the tube, it is useless, and it would then be more difficult to unscrew. This tube is the only real reproach I could make to this box: it has a mouth, but it is not the most practical system to change a battery quickly and easily. 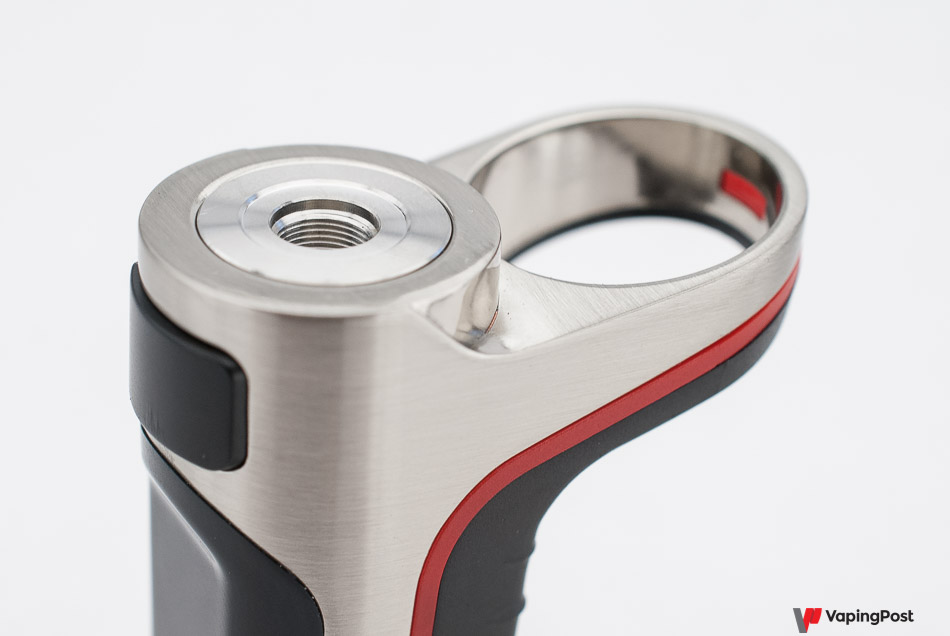 It’s this design that deviates from the tradition of the previous Pico, but it must be admitted that its curves are beautiful. The ignition button is wide and soft, it does not click in a sound way and falls spontaneously under the fingers used, thumb or index finger.

On the whole kit, the design is worked, just before the limit of too much. Even the drip tip is nice, it’s not just a basic black Delrin drip tip. The grip is pleasant, to my taste rather with the front screen of oneself and firing with the thumb. In short, if it is not in my eyes a true historical “Pico”, it is a successful box.

At Eleaf’s, consistency is the order of the day when it comes to atomizers names. Their flagship clearomizer has long been the Melo. His rebuildable brother was then called Lemo, um… When they wanted to make a more muscular clearomizer, big cloud trend, they called him… Ello. Isn’t that amazing? They also have other names, but there is a dominant one, and I would be curious to know the origin of this consistency of sound. You know, you? 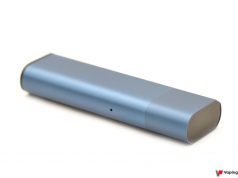 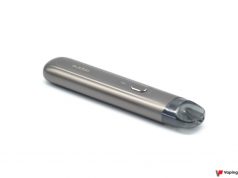 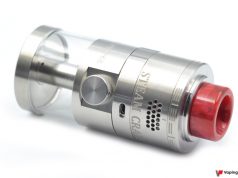