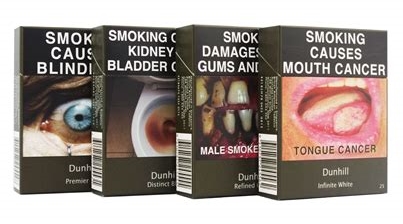 There was bad news from the UK last week, as the Office of National Statistics revealed that the country’s smoking rate has risen for the first time in six years. While the rise isn’t significant yet, it raises serious questions about the influence of tobacco control activists in making policy.

The latest data on UK smoking prevalence show a worrying reversal in the long-term downward trend. Since vaping became mainstream in around 2012 to 2013, Britain’s smoking rate has been falling steeply. From 20.4% in 2012, by 2016 it was down to 16.1%. While it’s very hard to prove a connection, there’s a mass of anecdotal evidence – and some more formal studies – to suggest that the availability of a popular, safer alternative has been driving the fall in smoking.

However, the Smoking Toolkit Study data from 2017 shows that the smoking rate has turned upwards again, hitting 16.8% last year. It isn’t a huge increase, but it was unexpected – at least by tobacco control activists.

Economics expert Christopher Snowdon of the IEA believes that the most likely cause of the rise is misguided policies introduced as a result of tobacco control lobbying. Two major laws came into effect in the UK last year, and Snowdon argues convincingly that, despite the claims of their supporters, they’re both likely to encourage people to smoke.

The EU’s Tobacco Products Directive is a notoriously bad piece of law, especially for its restrictions on vapour products. Criminalising the high-strength liquids smokers need to switch, restricting tank sizes and burdening the industry with unnecessary paperwork and fees, it has driven many products off the market and made vaping a less attractive option. However, by banning packs of ten cigarettes and small packets of rolling tobacco, it has also forced many smokers to buy more tobacco than previously.

Meanwhile, plain packaging (a flagship policy which activists claimed would radically cut smoking) has changed the economics of the cigarette market. Many smokers now buy cigarettes on price not branding, making the cheapest brands more prominent – and smoking more affordable. So far, three countries – Australia, France and the UK – have introduced plain packaging. All have seen an immediate rise in the smoking rate. Nevertheless, tobacco control continues to push for more of these misguided and dangerous policies.

The Dutch ministry of agriculture has just released details of its latest assault on tobacco harm reduction. The new Tobacco Act brings in sweeping new restrictions on a vapour product market already crippled by EU law, and threatens to wipe out whole product categories – as well as pushing already struggling vape shops to the edge of collapse.

Among the most controversial moves are a ban on shortfill liquids, a solution adopted by many vapers to reduce inconvenience and packaging waste. The waste problem will be made even worse by new requirements to include information leaflets with every product, warning about hypothetical risks. A typical purchase of a 100ml shortfill bottle and two nicotine shots will now be replaced by ten TPD-compliant bottles with mandatory packaging and leaflets.

It will also become illegal to sell extension kits for tanks. Many manufacturers have countered the TPD limit on tank size by selling kits that contain a larger glass tube and extended chimney. These are legal under the TPD because they don’t qualify as a vape device – but they allow consumers to assemble an atomiser with a more practical tank capacity.

Because the Netherlands hasn’t followed some other EU states in banning cross-border purchases of vapour products – although these bans are almost impossible to police – many Dutch vapers will simply move their custom from brick and mortar vape shops to online vendors in neighbouring Germany. As vape shops make most of their income from liquid sales this is likely to be catastrophic for many small businesses.

The USA’s Consumer Advocates for Smokefree Alternatives association has strongly criticised the recent trend of including e-cigarettes in so-called “Tobacco 21” laws. The Tobacco 21 movement is a campaign by anti-nicotine activists to raise the minimum age for purchasing tobacco products from the federally mandated 18. Unfortunately, extremists frequently push to have reduced-harm products included in the new laws – and all too often they succeed.

According to CASAA, pushing up the age at which people can buy safer alternatives to smoking spreads a misleading message that vapour products are as dangerous as smoking. Too many Americans already hold this false belief; if politicians keep adding e-cigarettes to T21 laws, say CASA, that number is only going to increase.