Vaping Post
Home Press Progress in Australia at last, but FDA tightens the screw on US... 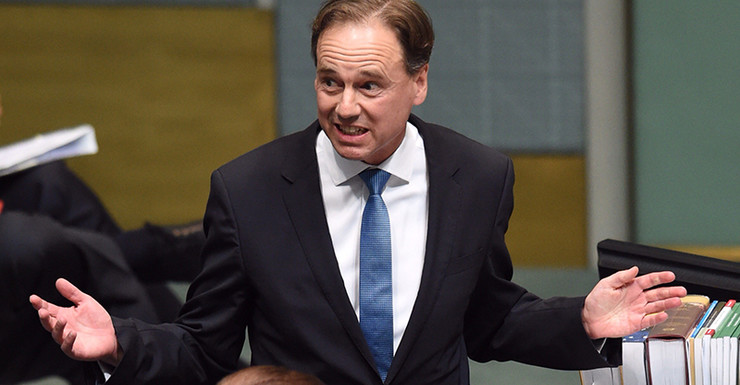 In a surprise move on Tuesday, Australian health minister Greg Hunt agreed to an independent inquiry into the public health impact of nicotine-containing e-cigarettes. Hunt, a previously implacable opponent of harm reduction, has been facing growing opposition from the ranks of his governing coalition. Now that opposition has built up enough that, it seems, the country’s anti-vaping stance is finally under real pressure.

The last straw in this case was New South Wales MP Trent Zimmerman, a member of the ruling Liberal Party and chairman of a recent parliamentary inquiry into vaping. While the inquiry supported the old prohibitionist approach while waiting for more evidence, Zimmerman took the unusual step of issuing a dissenting opinion. In his own report, co-authored by fellow Liberal MP Tim Wilson, he argued that there was already clear evidence vaping is safer than smoking and a valuable harm reduction tool. Now he’s pushed the same arguments inside the governing coalition, and done it hard and persuasively enough that Hunt is being force to give ground.

Hunt initially continued to oppose any change in policy, but faced with increasing dissent from within his own party he has now agreed to a compromise. The government will establish an independent inquiry into the actual scientific evidence, which overwhelmingly shows that vaping eliminates almost all the risks of smoking and is not associated with any kind of “gateway” effect or significant uptake by never-smokers. While the inquiry will still have to deal with opposition from vested interests like the Australian Medical Association, it’s the first time the Australian government has agreed to actually look at the evidence – and that’s a huge step forwards.

FDA doubles down on threat to vaping

Following his astonishing outburst the week before last, when he threatened to ban most vapour products unless manufacturers take responsibility for the actions of thousands of independent retailers, FDA commissioner Scott Gottlieb issued a new string of threats last Tuesday.

In his latest tirade against harm reduction, Gottlieb hinted that the FDA could deny Premarket Tobacco Authorization to companies that make “the e-cigarette products that are now being widely used by kids”. The FDA seems to be using the PMTA requirement that manufacturers demonstrate a public health gain from their products to force them to take responsibility for retail sales. In fact existing laws already ban sales of these products to under-18s, and if the government can’t enforce its own laws it’s hard to see why private companies should do it for them.

To justify the latest attack on vaping, Gottlieb is claiming that the FDA has evidence showing a spike in teen vaping over the last year and will make it public “very soon”. He also says that teens who vape are more likely to smoke, a common source of concern among those who don’t understand the difference between correlation and causation.

The local health department in Tacoma-Pierce County, Washington, was defeated last week by the county’s highest court after attempting to impose harsh restrictions on vapers. Now officials are appealing the ruling, claiming that they have the right to grab powers from the state.

Problems began when the health department decided to limit the number of people who could sample products at any one time in a vape shop, as well as insisting that vendors obtain a license to sell e-liquid and hardware. Vape shops and advocates immediately challenged the regulations, claiming that they were unreasonable and violated state law – and Judge Edmund Murphy of the county’s Superior Court agreed. In a crushing ruling, Murphy announced that the sampling regulations also required shops to install expensive air handling equipment; meanwhile, the power to license or regulate vapour products is held exclusively by the state’s Liquor and Cannabis Board. Murphy ruled that this violates state law and exceeds the powers held by the county, and issued a permanent injunction to block the regulations.

County officials are refusing to accept the verdict, however, and have vowed to appeal. Health director Anthony Chen claims that vaping is creating a new generation of child tobacco users, and says the new laws are needed to deal with this menace – even though children are already banned from buying anything in vape shops by both federal and state law.