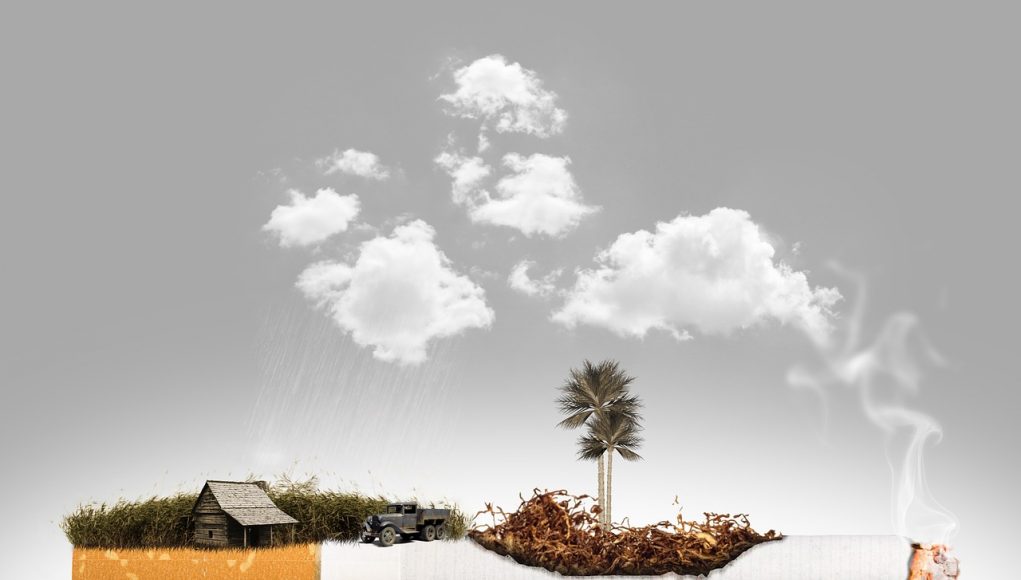 The economies of a number of poor countries, namely some Asian and African countries, are dependent on tobacco farming. Due to the advent of technologies such as e-cigarettes, and the fact that more people are becoming conscious about the dangers of smoking, cigarette sales are thankfully on the decline, and this spells disaster for tobacco farmers.

The piece went on to explain that with the current world population expected to reach 9 billion by 2050, out of which 2.2 billion will live in Africa, the world is not going to be able to meet the future food demand. For this to be met, about 50% more food, feed, and biofuel will need to be produced, which would need an investment of $265 billion per year. Therefore, if former tobacco farmers were to be trained, equipped and supported to switch to farming food, rather than tobacco, it would be a win win situation for everyone.

Big Tobacco is not loosening its grip

In the meantime, tobacco companies are naturally doing their best to hang onto the tobacco trade happening in such countries. According to a 2017 report by SEATCA’s Tobacco Industry Interference Index, a system which assesses how countries are adhering to the WHO’s tobacco policies, the tobacco industry has been using lobby groups to kill any efforts by policymakers to implement tobacco regulations in Asia. The index pointed out that the situation is especially precarious in Indonesia, Vietnam and Myanmar.

Indonesia is the only WHO member in Southeast Asia which has not endorsed the Framework Convention on Tobacco Control (FCTC). More than half of the male population in the country smoke, making it the highest rate globally and equating to the country being Asia’s second-largest cigarette market after China.

“A number of policies in Indonesia were influenced by the tobacco industry. Indonesia is easily controlled by Big Tobacco because we haven’t ratified the FCTC,” said Prijo Sidipratomo, chairman of the National Commission on Tobacco Control.

To add insult to injury, last year the Trade Minister of Indonesia made it clear that he had no intention of implementing any laws that would disrupt the local tobacco farming industry. On announcing a set of new e-cigarettes imports’ restrictions, the Minister allegedly said that he is fully aware that these new regulations would make it close to impossible for importers to obtain their vaping products, and that this was precisely the intention.

He had added that these imports do not provide any benefits to the country’s tobacco farming industry. “Yes, we’ll catch them (if they’re still importing), so that electric smokers will be changed into regular smokers,” said Minister of Trade Enggartiasto Lukita, as quoted by a local news site.