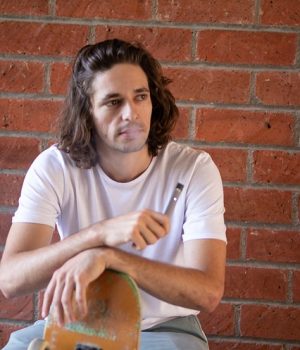 In this last year, the Juul brand has become synonymous with teen vaping, as we have been incessantly bombarded with alarming media headlines about how vaping amongst adolescents is apparently out of control because of the sleek device, and how it is addicting a whole new generation to nicotine.

In response to this, FDA Commissioner Scott Gottlieb had released a statement announcing a series of new enforcement and regulatory steps. “First, we’re announcing that the FDA has been conducting a large-scale, undercover nationwide blitz to crack down on the sale of e-cigarettes – specifically JUUL products”, said Gottlieb earlier this year.

In turn the e-cig manufacturer had announced that it would start selling lowered-nicotine pods that should help vapers reduce their nicotine levels. Juul had explained that while a single Juul Pod currently contained about 5% nicotine, the new reduced-nicotine pods would contain roughly 3%, which amounts to a 40% reduction. “We hope the availability of different nicotine strengths will continue to allow adult smokers the ability to explore what is best for them,” said company CEO Kevin Burns at the time.

A recent article on the New York Times, has now added that a variety of models are under development for different markets, as the manufacturer seeks to expand overseas. Juul Labs aims to sell pods that not only contain less nicotine, but also emit more vapour, in order to maximise one’s sensory experience despite the reduced amount of nicotine.

Complying with the Tobacco Products Directive

In the European Union, the Tobacco Products Directive (TPD) sets the nicotine limit for e-cigarettes at 20 milligrams per milliliter of fluid, which equates to about a third of the amount contained in US Juul pods.

On the other hand, associate professor of public health and law at The Ohio State University, Micah Berman, said that the amount of nicotine in a pod can be deceptive, and that what matters is how much the body actually absorbs. “If it’s a change that reduces test levels of nicotine — the amount you would identify as being in the pod itself — but doesn’t actually change the biological level, then that’s certainly problematic. It’s more like cheating the test,” said Berman.

On the other hand, Neal Benowitz, a professor of medicine at the University of California, San Francisco, said that increasing the amount of vapour may be helpful to smokers seeking to quit.

“For smoking cessation, you need to have a satisfying delivery system with a good amount of nicotine with a small amount of aerosol,” said Dr. Benowitz. “But if you are vaping because you like the sensory aspects of it, then you want more aerosol. Right now, Juul is a good nicotine delivery device but the quality is not the same as a cigarette. I could see why some people might like a product that generates more aerosol and is more cigarette-like.”