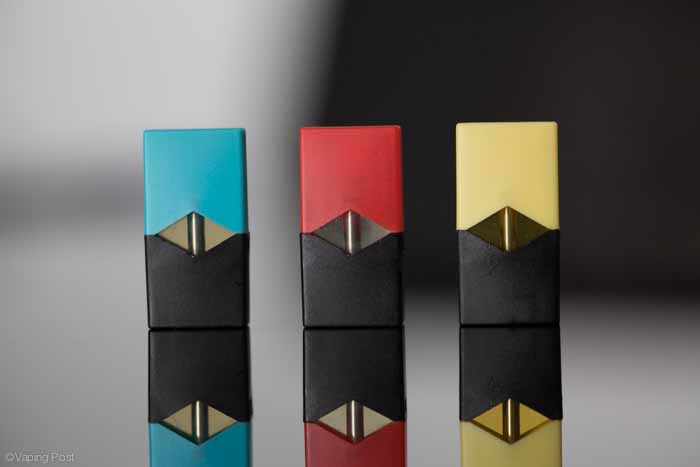 “Better Smoke 19 Cigarettes than Vape One Juul Pod,” is basically the message that America’s adolescents are receiving. In fact, in response to the Truth Campaign’s statement, twitter was flooded with comments such as the following:
“This JUUL thing is so Dumb I wanna smoke 19 Cigarettes.”
“Hey guys.. time to smoke 19 cigarettes instead of a juul pod cause it’s better for you!!!!”

The Juul pod containing the highest level of nicotine would give you the same amount of nicotine as 3 cigarettes, not 20

Tragically, even if we had to tackle the topic of nicotine alone, this “fact” is not even close to the truth, clarified Dr. Siegel. “It doesn’t take an advanced math degree to fact-check this claim. We just need two pieces of information:
1. The most highly concentrated Juul pod (there are two concentrations) contains 40 mg of nicotine.
2. An average cigarette contains about 12 mg of nicotine.
Thus, a Juul pod contains the amount of nicotine equivalent to that in about 3 cigarettes (not 20 cigarettes).”

“The message that it is sending to kids is that you are better off smoking 19 cigarettes than vaping one Juul pod. This comparison certainly makes it sound like Juuling is a lot worse than smoking.”
Sadly, joining the “truth” campaign in spreading this misinformation, is the Centers for Disease Control and Prevention (CDC), whose website currently also states that: “a single JUUL pod contains as much nicotine as a pack of 20 regular cigarettes.”

What’s even more tragic, is that this “fact” is spreading like wildfire. For example, a parenting article in a news magazine wrote, “Each JUUL pod contains the approximate equivalent to 1 pack of cigarettes, or 200 puffs. So, if a user goes through one JUUL pod a day, that is the nicotine equivalent of smoking a pack of cigarettes a day.”

In his blog, Dr.Siegel went on to name countless media sources which are sadly spreading this inaccurate information. However more importantly, he points out why this is so detrimental to public health

“The message that it is sending to kids is that you are better off smoking 19 cigarettes than vaping one Juul pod. This comparison certainly makes it sound like Juuling is a lot worse than smoking,” he said.

Even if Juul users were inhaling the same amount of nicotine, they would still be avoiding countless other toxins

One must take into account that even if by using Juul, vapers were taking in the same amount of nicotine as by smoking, they would still be avoiding countless other toxins that are present in cigarettes, and absent or found at insignificant levels in Juul and other e-cigarettes. Additionally, the manufacturer has recently released pods that contain lower levels of nicotine.

Professor Siegel concluded by pointing out that his intention is not to discount the fact that Juul, like other nicotine products, is addictive, but to differentiate between fact and fiction. ”This commentary is not to minimize the addictive potential of Juul…..It is just to highlight that there are a lot of exaggerated claims out there and in addition to just being incorrect, some of these claims could actually do public health harm.”