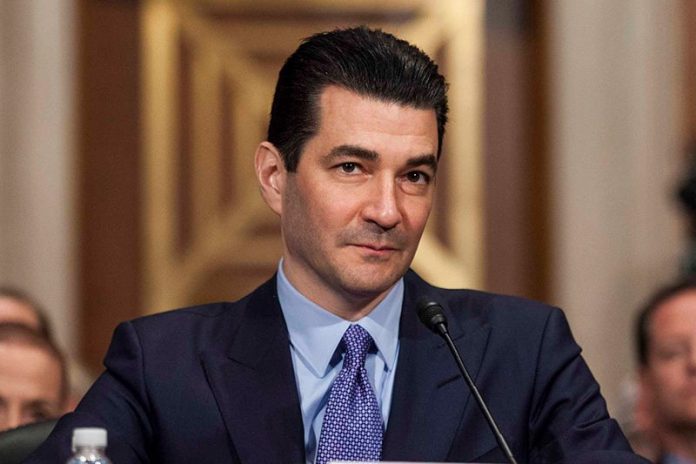 FDA makes most blatant threats yet

The Food and Drug Administration has dialled up its anti-vaping rhetoric yet again, with commissioner Scott Gottlieb warning of an “existential threat” to e-cig manufacturers if they don’t obey the agency’s increasingly draconian demands. Behind his words is the danger that the FDA could take products off the market completely, and force manufacturers to jump through expensive regulatory hoops to sell them again.

The focus of Gottlieb’s rant was JUUL Labs, who’ve become the main hate figure for anti-harm reduction activists. Although the company doesn’t sell the infamous “candy flavours” and operates a strict over-21 policy on sales, Gottlieb continues to accuse JUUL of irresponsible marketing and pushing their products at young people.

Gottlieb’s threat is that if manufacturers don’t obey the FDA’s “voluntary” demands, he’ll use the Deeming Regulations to ban them from selling any products that haven’t been granted a Pre-Market Tobacco Authorization. Obtaining a PMTA involves thousands of pages of paperwork and costs of up to several million dollars. Requiring this for all products already on the market would devastate vaping in the USA.

Despite the harshness of the FDA’s demands, some extremists want them to go even further. Groups like the American Lung Association and Tobacco-Free Kids want a total ban on flavoured liquids and online sales.

A new bill introduced to the Vermont House of Representatives would ban online sales of vapour products – and it’s likely to be the first of many new laws in an anti-harm reduction campaign launched by a local legislator.

House bill H.26 would put new restrictions on wholesalers of e-cigarettes, forcing them to get a state license before they were allowed to sell to retailers. The main effect of the bill, though, is a ban on online sales – and, for many vapers in small towns, that’s the only way they can get a decent choice of products.

While the bill would only apply to Vermont if it became law, it also prohibits shipping e-cigarettes or liquids to anyone in Vermont other than a licensed wholesaler or retailer. That would make it an offence under state law to ship directly to a vaper, and in theory at least means the state’s vapers would have no way to buy online.

The sponsor of the bill, State Representative George Till, says its aim is to prevent young people buying safer nicotine products. He also wants to raise the minimum purchase age to 21, and says he’ll be proposing another bill that would tax vapour products at the same rate as cigarettes.

Researchers at a Greek medical centre say vaping is a major reason why smoking rates in the country – the highest in Europe – have been dropping for the last few years. A study released last week found that e-cigarettes are the most popular way for smokers to quit, in yet another demonstration of how effective they are.

The study was led by Dr Konstantinos Farsalinos, a senior cardiologist at the Onassis Cardiac Surgery Centre in Athens. Dr Farsalinos is one of the world’s leading researchers on the health effects of e-cigarettes, and also has carried out several studies into their effectiveness as a quit aid. Now he’s  surveyed over 2,500 former smokers in Greece, asking them how they managed to give up. He found that, since 2014, 40% of all ex-smokers had quit using e-cigarettes. The study also found that e-cigarette users are up to eleven times more likely to successfully quit smoking, compared to non-vapers.

According to the report, 36.2 percent of Greek vapers are dual users of cigarettes, while 62.2 percent are former smokers. Only 0.2 percent are never-smokers, yet more evidence that vaping is not “creating a new generation of nicotine addicts”.

A new bill in North Dakota aims to completely ban flavoured e-liquids – apparently because its proposer doesn’t know what she’s talking about. The legislation would ban the sale of any liquid that has “any sort of flavour or aroma”, with supporters claiming this is aimed at fruit, candy or spice flavours. It seems state senator Judy Lee, of West Fargo, isn’t aware that all e-liquids have flavours added, even tobacco-flavoured ones. The bill would also effectively ban the manufacture of e-liquid anywhere in the state.