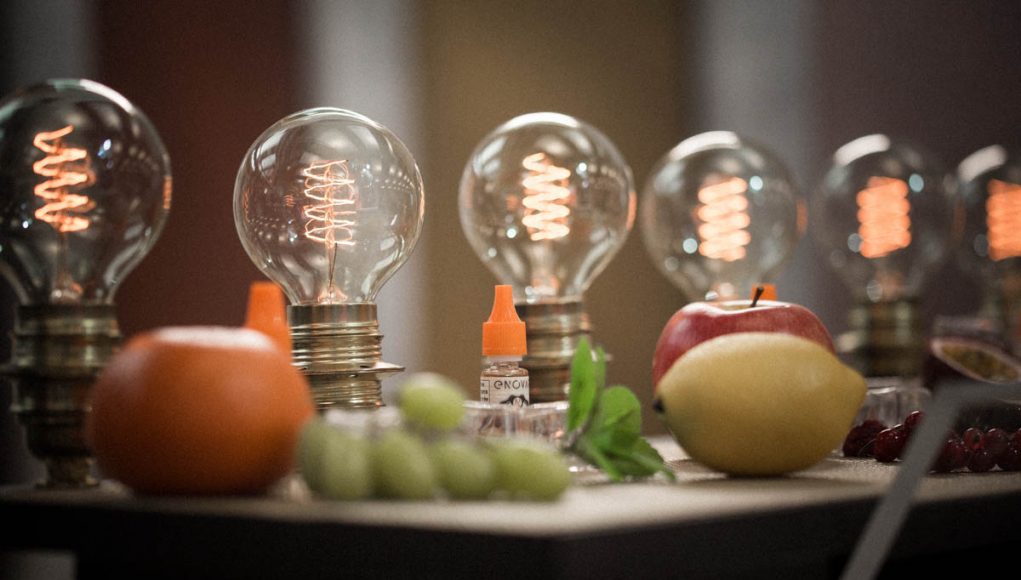 Food and Drug Administration (FDA) commissioner Scott Gottlieb announced the long-anticipated proposed guidance on flavored e-cigarettes and e-juice products earlier this week. Considered the most aggressive policy stance taken by the Trump-era FDA to date, the latest proposal for fighting underage vaping is now open for comment before the agency makes them official.

Gottlieb, who announced his resignation earlier this month, says that this draft guideline is a crucial step in fighting the “epidemic-level rise in youth e-cigarette use.” He adds, via a prepared statement: “We’re proposing to prioritize enforcement of flavored ENDS products (other than tobacco-, mint-, and menthol-flavored) that are offered for sale in ways that pose a greater risk for minors to access the products.”

Vaping industry and tobacco harm reduction advocates responded to the proposal by accurately highlighting what I’ve identified as two significant flaws. The first flaw focuses on the long-argued sentiment that these new regulations are results of an overblown cultural reaction to methodically flawed data surrounding prevalence and use. The second covers concerns regarding access to flavored products for legal consumers. To begin my analysis, allow me to be one of the many to tell you that this proposal is glaringly unbalanced. Upon further examination of the proposed guidance, it is entirely clear that the consideration of critical components that make e-cigarettes and vapes legitimate non-medicinal approaches for smoking cessation are missing.

Before Gottlieb released the proposed guidelines, the FDA started to manufacture the idea that there is a public health epidemic surrounding minors ingesting liquid nicotine through e-cigarettes and vaping products. The buzz word that resulted was “JUULing” (a slang word describing the act of vaping on a JUUL device). After national substance abuse surveys revealed increases in vaping’s popularity among minors, alarming headlines started appearing creating panic among parents.

Some of these headlines include frantic calls to action:

“Are your kids JUULing?”

“Here’s What Parents Need To Know Right Now About JUULing.”

Reports and columns like these, many from reputable news outlets of considerable reputation and several from sites for parental outrage groups, solidified the idea that youth vaping is very widespread and deadly. Rest assured, the reality of the matter is that much of the survey data reports like these reference are statistically flawed for several reasons. For example, the CDC’s National Youth Tobacco Survey only found 5.8 percent (about 845,000) of all high school going youth (15.1 million individuals, grades 9-12) in the United States reporting that they have used e-cigarettes for 20 or more days in any given month. The statistic does not indicate actual daily use or account for whether the e-juice in use contains nicotine or is nicotine-free. Nonetheless, the statistic counteracts the assumption that millions of teens and preteens are vaping in troves like media, tobacco control advocates, even Gottlieb’s regulators would let on. By consequence, this brought forth the immediate proposal.

According to the proposed regulations, only tobacco, menthol, and mint flavored e-cigarette and vaping products will be left for sale in mixed retail locations. Mixed retail locations are establishments like gas stations or grocery stores. Citing enforcement data and the assumption that sweet flavored products directly appeal to minors, the proposed regulation would restrict “non-tobacco” flavors to vape shops, tobacconists, and other specialty smoke shops.

For some, this proposed measure may not seem like an issue. It does make sense that if you want to buy a sweet-flavored e-liquid, you will go to a vape shop that mixes their own. That logic is similar to buying a craft beer at a liquor store. However, this type of mindset can carry negative impacts. One of the fundamental principles to tobacco harm reduction is the support of broad access to safer and lower-risk nicotine products. This policy would noticeably limit the access of these products to legal consumers who rely on non-tobacco flavors to quit combustibles. This point leads directly to how sweetly flavored e-cigarettes have been proven to help legacy smokers switch to a less-harmful alternative. However, this approach does additional harm to retailers. From a purely economic perspective, this measure would add a burden on carrying such products in stores because some independent retailers and retail chains may find it as a growing liability. If this were the case, a company could drop such products altogether. Ultimately, this measure adds more FDA scrutiny over private enterprise based on some flawed assumptions.

“Only a tiny fraction of American teens who have used e-cigarettes bought them on their own,” Rodu writes, citing data from the FDA’s Population Assessment of Tobacco and Health (PATH) survey. Rodu justifies this claim by attributing calculations from the most recent PATH results, datasets from 2013 and 2014. Less than 10 percent of youth report that they purchased their own e-cigarette at a retail location without a third party. Out of 771,000, that is around 75,700 individuals. From here, I argue that the regulation is proposed to, more or less, inconvenience retailers.

Researchers led by Konstantinos E. Farsalinos, affiliated with the Onassis Cardiac Surgery Center in Greece at the time, argue that a wide variety of flavors are important for smokers utilizing e-cigarettes and vaping as a cessation method. The 2013 research, published in the International Journal of Environmental Research and Public Health, found that “regulatory restrictions to [flavors] could cause harm to current vapers.”

Do note that this study was conducted among former smokers and current vapers using e-cigarettes and sweet flavors. Konstantinos et al. note: “The results of this survey of dedicated users indicate that [flavors] are marketed in order to satisfy vapers’ demand. They appear to contribute to both perceived pleasure and the effort to reduce cigarette consumption or quit smoking.”

Based on the findings of this study, the conclusion can be made that the proposed access restrictions on flavors, as noted before, could cause unintended occurrences. For example, think of a former legal smoker who quit combustibles by using a vape pen that she purchased at a gas station one day. There are no vape shops or tobacconists for over fifty miles because she lives in a rural community. Eventually, this individual was able to ingest nicotine exclusively through a vape pen and got to the point of only vaping low nicotine content or nicotine-free sweetened e-juices. The only challenge she has left is the occasional craving for nicotine that she begins satisfying by puffing a disposable non-tobacco flavored vape pen (e.g., vanilla) until the desire is gone. Other than that, she doesn’t consume any other nicotine.

If the current version of the proposed retail restrictions are implemented and she suddenly gets a craving, she may run the risk of relapse to cigarettes because the flavors accessible are only tobacco flavors. This occurrence, though a hypothetical, could be a classic case for thousands of vapers. Though a causal assumption based on the anecdote presented, this could lead to cigarette use over e-cigarette use.

As a result, I further argue that these regulations do present potentially harmful scenarios. Limiting widespread access to the products that help smokers quit will do direct harm to population-level public health. Additionally, there is the case of harm minimization to consider. Reason Foundation’s director of consumer freedom Guy Bentley agrees: “Most adults switching from cigarettes to vaping opt to switch with a non-tobacco flavor.” This further justifies the public health application of non-tobacco flavors for smoking cessation, despite concerns over youth use.

Indeed, it is true that the vast majority of minors whom vape opt for fruity flavors over menthol or mint. The proposed regulations posit this argument, as noted. Assuming that fruity e-juices are directly targeted at children is a self-defeating line of reasoning, though.

In the end, all of these proposed rules for e-cigarettes and vaping products are indications of flawed rule-making. Let it be known that much of the vaping industry supports responsible regulation to protect public health and curtail underaged use. Many of the industry’s trade groups subject their members to standards for marketing, product safety, and innovation. While these self-regulatory methods are in place and working, proposals from agencies like the immediate draft guidelines presented by the FDA suggest that input from industry is not worth a regulator’s time. A complacent mindset like that is harmful, but as I’ve revealed in my previous reporting on the Bootlegger-Baptist phenomenon, the complacency of the regulator is supposedly morally justifiable.