Last October, a Hong Kong Official had announced a complete ban on e-cigarettes and other innovative tobacco products, in an unexpected U-turn by the government. In June 2018, Hong Kong’s lawmakers had proposed more sensible regulations that would have banned the sales of e-cigarettes, heat-not-burn products and herbal cigarettes to minors, place health warnings on the packaging of these products, and also ban any advertising. Essentially these rules would have regulated these products in the same way as combustible cigarettes.

However, the following month, the Committee on Home-School Co-operation and the Federations of Parent-Teacher Associations had distributed questionnaires to parents of students in kindergartens, primary and secondary schools, in order to gauge their opinion about vaping. And the results had indicated that most parents wanted the products to be banned.

In response to this, the government had decided on a harsher ban, under which it would still be legal to use vaping products, though doing so in a non-smoking area would be subject to a fixed fine of HK$1,500 or a court-imposed fine of HK$5,000.

Forcing former smokers to turn back to cigarettes

“Applying a ban on possession of products which have a successful track record of diverting smokers away from combustible tobacco is crazy.”

On the other hand the import, production, distribution and promotion of vaping products would be banned and anyone who fails to comply could face a maximum penalty of six months’ imprisonment and a fine of HK$50,000 if convicted. Distribution in the form of a prize or gift would also be prohibited, and only cargo and people in transit will be exempted.

The NNA pointed out that up to 35,000 British vapers visit Hong Kong each year. These former smokers who in the UK have been encouraged to switch to safer alternatives in order to quit smoking, would be forced to get their nicotine from legally available cigarettes or not visit at all as bringing their devices into the country would be illegal.

Banning instead of supporting harm reduction

“E-cigarettes are a proven safer alternative to smoking and the UK boasts 1.7 million former smokers who have converted from smoking to exclusively vaping instead. Applying a ban on possession of products which have a successful track record of diverting smokers away from combustible tobacco is crazy.” said NNA Trustee Sarah Jakes.

“Health groups in the UK rightly support tobacco harm reduction, as endorsed by the Behavioural Insights Team set up by government. Public Heath England also backs vaping and the Royal College of Physicians urges wide promotion of e-cigarettes to reassure and encourage smokers to use them, as does the government’s own Tobacco Control Plan.”

“Vaping is at least 95% lower risk than smoking – why would Hong Kong ban vaping but protect smoking?”

Last year, Hong Kong welcomed approximately 570,000 visitors from the UK and current statistics say that around 6 per cent of those will be vapers. That is around 35,000 who could be at risk of being jailed simply for following advice to switch to e-cigarettes on the advice of public health authorities in this country,” added Jakes.

“Under these plans, UK vapers would visit Hong Kong at their peril with their e-cigarette and risk imprisonment or leave their device at home and get their nicotine from conventional cigarettes, which will still be available everywhere, and perfectly legal to smoke.”

“The Legislative Council may well believe that they are doing the right thing with their proposals, but criminalising possession of products designed to help smokers quit tobacco is in direct contrast to their stated aim to ‘discourage smoking’. The NNA advises that British vapers should make themselves aware of this proposed new law to avoid inadvertently facing prison, or just not visit Hong Kong at all.”

Renowned anti-smoking campaigner Clive Bates concurs. “I just can’t believe they are thinking of banning e-cigarettes in Hong Kong. If a country wanted to destroy its hard-won reputation for innovation, technology and hospitality, it would prohibit new and better ways of quitting smoking and drive away visitors who have embraced this alternative to smoking. Vaping is at least 95% lower risk than smoking – why would Hong Kong ban vaping but protect smoking?” 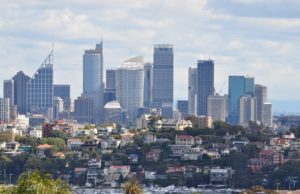 US Smoking Rates Decrease Among Adults With Depression And Substance Use...