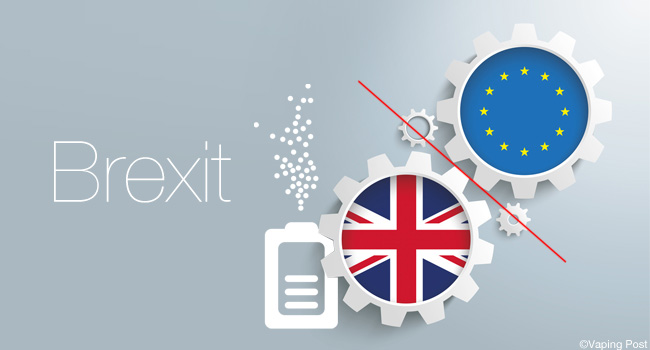 In 2017, health experts in the UK grew concerned, as the rapid growth in the numbers of people switching from smoking to vaping started dropping significantly. Despite the fact that Public Health England has openly endorsed the safer alternatives as smoking cessation tools, the number of smokers switching per year has dropped from 800,000 to 100,000.

“The rapid growth in e-cigarette use has come to an end while over a third of smokers have still never tried e-cigarettes, saying the main reasons are concerns about the safety and addictiveness of e-cigarettes. It’s very important smokers realise that vaping is much, much less harmful than smoking.” said ASH ( Action on Smoking and Health) in a press release at the time.

TPD regulations are stopping smokers from switching to e-cigs

Besides the bad publicity that e-cigarettes are still subjected to, the TPD regulation banning sales of nicotine containing e-liquids above 20 mg/ml, has been making it hard for many smokers to switch to e-cigarettes.

Vapers are compensating for lower-concentration nicotine e-liquids by vaping more.

It is a known fact that when smokers first turn to vaping,they first start with higher doses of nicotine to match the hit they were getting from their cigarettes, and then proceed to wean themselves slowly in order to curb their addiction. Therefore the ban on nicotine doses over 20mg/ml, is putting a stumbling block in that first step of a smoker’s journey to a smoke free life.

In 2018, leading nicotine researcher Dr Lynne Dawkins from the Centre for Addictive Behaviours Research, had explained that data she has personally compiled, has indicated that vapers are compensating for lower-concentration liquids by vaping more. She added that she fails to see any rationale behind the Tobacco Products Directive (TPD) restrictions.

“There is no rationale for that cap – it seems arbitrary to me. There’s no evidence for increased harms of nicotine for levels above 20mg/ml. In light of research by our group, if you reduce the strength you compensate – that’s costly financially, and comes with a health cost,” said Dawkins.

Also last year, the Science and Technology Committee (STC) had released a report containing several evidence-based policy proposals for e-cigarettes. These proposals were aimed at tackling the current misconceptions about the devices, and positively transform the way vaping is viewed by businesses, institutions and the public alike.

The regulatory dog’s dinner that we seem to have now blights the lives of about 3 million vapers in the U.K. and harms smokers who might otherwise decide to switch to safer products,

The report also recommended a review of tobacco legislation last year, to create a “more risk-proportionate regulatory environment.” The government’s Department of Health and Social Care had agreed, saying it would look to “sensibly deregulate without harming public health” after Brexit.

With Brexit still pending, the Department of Health and Social Care has highlighted that the existing EU rules are currently still applicable. “There are strict rules in place to prevent tobacco companies from promoting their products — including e-cigarettes,” said a spokesperson in a statement. “We take the unlawful promotion of tobacco and other nicotine inhaling products very seriously and expect any organization found to be flouting the rules to be investigated.”

Last year, chair of the New Nicotine Alliance (NNA) Sarah Jakes, had pointed out that the current TPD regulations are hurting public health. “The regulatory dog’s dinner that we seem to have now blights the lives of about 3 million vapers in the U.K. and harms smokers who might otherwise decide to switch to safer products,” said Sarah Jakes, chair of the New Nicotine Alliance, during a parliamentary hearing last year. “This country can do better in harm reduction, and Brexit is probably the perfect opportunity to do so.”

Thankfully, the U.K. government seems to concur and first mentioned the idea of reassessing the TPD, “including as it applies to e-cigarettes,” two years ago. “The U.K.’s exit provides opportunity to alter the legislative provisions to provide for improved health outcomes within the U.K. context,” the Department of Health said in its July 2017 Tobacco Control Plan, “Towards a Smokefree Generation.”