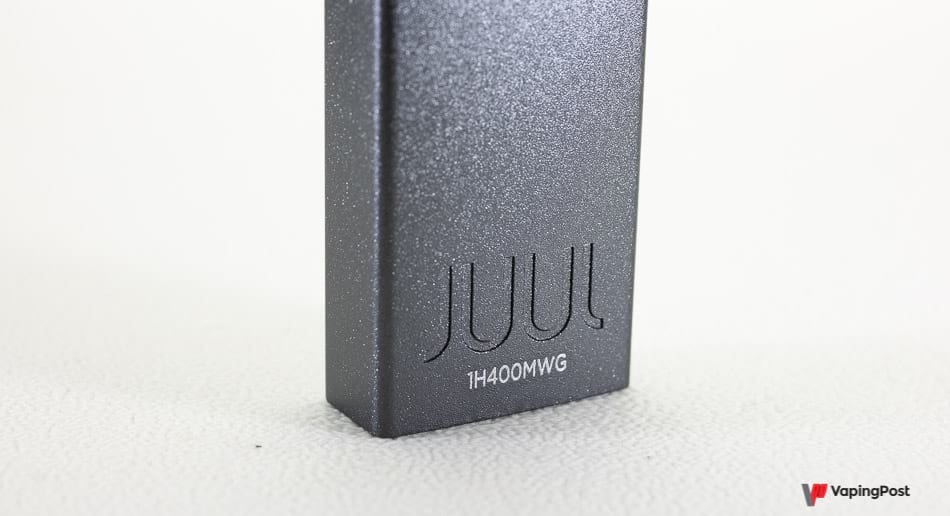 The Today Show began its coverage of this story by referring to a recent Yale study titled, “Flavorant–Solvent Reaction Products and Menthol in JUUL E-Cigarettes and Aerosol,” which took a closer look at Juul pods saying that they contain a different mixture of solvents than many other brands of e-liquid.

A report by the US Substance Abuse and Mental Health Services Administration, Confirms that actually e-cigs may be contributing to the downward trend in smoking amongst teens.

The authors of this study said that acetals could potentially form in these products, which may lead to irritation and inflammation in the respiratory system. Lead author Hanno Erythropel, said that little is known about the effects of aldehydes and acetals when inhaled this way. Unlike the amount of acetals consumed through food, said Erythropel, with vaping, “you are breathing this in. We didn’t imagine people would be inhaling flavor compounds at the level they are now. We have very little information.”

Moving on to Tong’s interview, the Attorney General said that given the toxic compounds that the devices carry, “…we’re not waiting on the Federal Government; Connecticut is taking action today.”

Tong went on to discuss the alleged teen vaping “epidemic”. “[The epidemic] is really bad. We know that in every school, including our Middle Schools, we are talking about, you know, 10, 11, 12, 13-year-olds, that vaping is widespread, is pervasive, it happens in school. And we’ve seen, I think, in High School students it’s shot up 80% nationwide – for Middle School students, 60% – one in five High Schoolers, one in 20 Middle Schoolers, and rising,” he said.

Talking about the investigation he is launching, the attorney general said that rather than looking at the product, they will be investigating the smoking cessation claims made by the manufacturer, “We want to know about JUUL’s claim that it is a smoking cessation tool, that you can use JUUL to stop smoking. Because if they’re making that claim, they are not approved by the FDA to make that claim. And if they’re saying something they’re not approved to say by the Federal Government, that on its face is unlawful.”

“But we think that’s pretty misleading and deceptive too because it’s not been proven that JUULing, as they call it, helps you quit smoking. Erm, but it’s their main excuse, their rationale. Whenever anybody says ‘Well JUUL, you’re targeting kids’, and, erm, ‘You’re targeting other communities’, and, erm, ‘You’re using marketing and flavours to convince people to use JUUL and to promote addiction and dependency’, JUUL’s response is ‘No! We’re helping people stop smoking’, well, err, we’re trying to get to the bottom of whether that’s true,” added Tong.

Wrongly stating that vaping is not decreasing smoking rates

Despite the scientific data indicating the contrary, the attorney general then added that it is not true that teens are vaping instead of smoking. “And, you know, we know because we hear about it, we see it in school suspensions and expulsions have increased exponentially here in Connecticut, from 300 or so suspensions and expulsions to now more than 2000 suspensions…and expulsions. Kids are going to rehab for their JUUL addiction because, err, one JUUL or one JUUL session, I don’t know what you call it, you know, has more, err, than a whole pack of cigarettes.”

However, a report by the US Substance Abuse and Mental Health Services Administration (SAMHSA) on the 2018 National Survey on Drug Use and Health (NSDUH), points out that actually e-cigarettes may be contributing to the downward trend in smoking. “Fewer than 1 in 6 people aged 12 or older in 2018 were past month cigarette smokers,” notes the report. “Cigarette use generally declined between 2002 and 2018 across all age groups. Some of this decline may reflect the use of electronic vaporizing devices (‘vaping’), such as e-cigarettes, as a substitute for delivering nicotine.”

Meanwhile, recent research published in Duke Health, has indicated that efforts by the FDA and some cities to limit the availability of e-cigarettes and/or flavoured e-liquids, could drive some existing users back to smoking cigarettes.

The online survey of 240 young U.S. adults aged between 18 and 29, asked the participants to predict their use of two products they already used, e-cigarettes and regular cigarettes, in response to hypothetical restrictions such as e-liquid flavour bans and nicotine limits.

About 47% of respondents said that in response to nicotine restrictions in e-cigarettes they would increase their use of traditional cigarettes. About 22% said that if regulations limited the customizability of devices, such as features allowing users to adjust nicotine dose or vapor temperature, they would vape less and smoke more tobacco cigarettes.

Similarly, about 17% percent said that if e-liquid flavours were to be limited to tobacco and menthol flavors, they would vape less and smoke more traditional cigarettes. The study’s lead author and an assistant professor in psychiatry and behavioral sciences at Duke, Lauren Pacek, Ph.D., said that although the survey was small and not designed to predict e-cigarette use across the U.S., the data suggest that when considering changes to e-cig regulations, lawmakers must consider their potential downstream effects.

Read Further: Planet of the Vapes