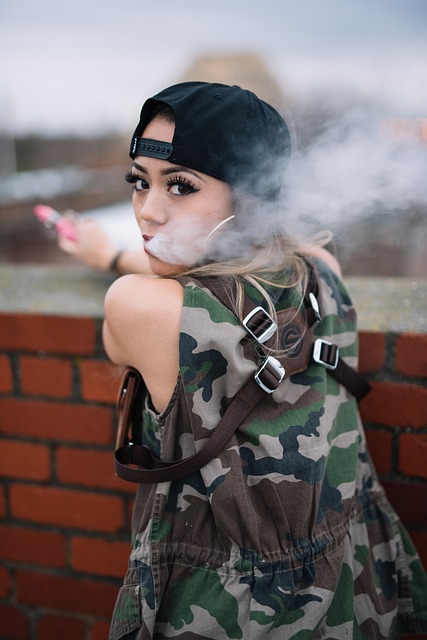 “Adolescents have a brain that’s still changing and developing,” said Dr. Nicholas Chadi, the lead author on the study, who conducted the research as a fellow in pediatric addiction medicine at Boston Children’s Hospital and Harvard Medical School.

Such results could easily be attributed to the fact that people who have a tendency to experiment in general, are more likely to experiment with a variety of substances rather than just one.

Chadi admitted that the study indicated a correlation between vaping and marijuana use, not a causation. However, he added, since he fails to identify another reason as to why these two behaviors could be correlated, “A reasonable hypothesis is that e-cigarette use might cause at least a part of that increased risk of using marijuana.”

That link suggests that “e-cigarettes really need to be considered in the broad category of addictive and harmful substances,” said Chadi, who is now an assistant professor at the University of Montreal.

“We can’t think of e-cigarettes as a less-harmful alternative to cigarettes with adolescents,” he added, in part because “just like cigarettes, e-cigarettes increase your risk of using marijuana, and marijuana, we know, has several implications and negative health consequences in adolescents.”

Missing out an important detail

Public health experts who have harm reduction at heart will certainly be squirming in their seats on hearing such statements, based only on assumptions. As anti-smoking researchers have previously pointed out in relation to similar findings, the participants’ personality should be taken in consideration as a variable. Such results could easily be attributed to the fact that people who have a tendency to experiment in general, are more likely to experiment with a variety of substances rather than just one. Additionally, ever use or experimentation does not equate and necessarily lead to addiction.