Vaping Post
Home Press Flavours to be banned across the USA as CNN bans vape ads... 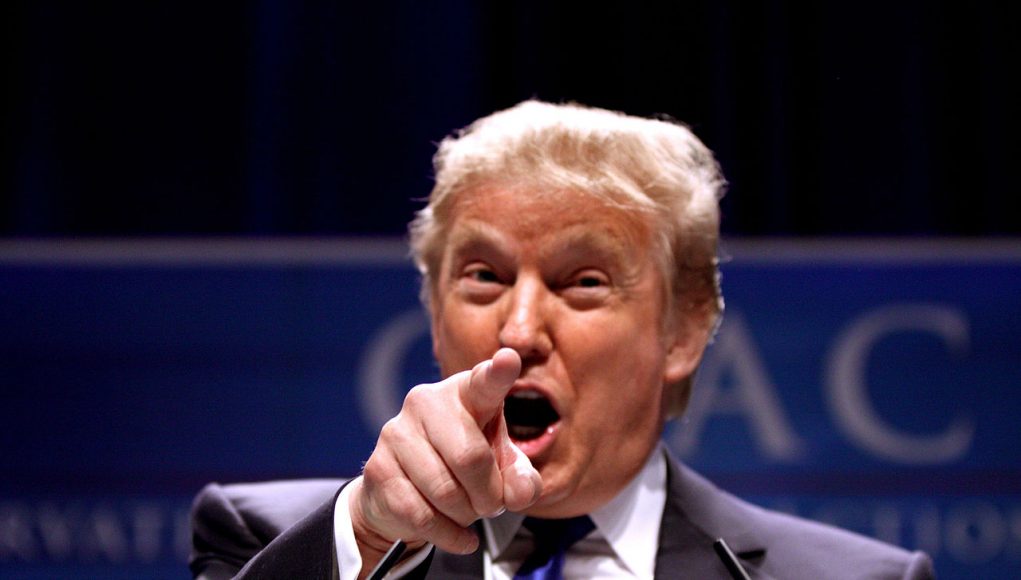 Death blow for US vaping? Trump calls for flavour ban

The future looks dire for vapers in the USA, as President Trump said he plans to ban sales of most flavoured liquids. Speaking from the Oval Office on Wednesday, Trump said his administration as looking closely at electronic cigarettes because “people are dying with vaping”. In fact the current outbreak of lung disease across the USA is linked to black market cannabis products and has nothing to do with flavoured e-cigs, but facts rarely get in the way when it comes to US vaping policy.

Health and human services secretary Alex Azar went on to say that the Food and Drug Administration is working on the details of the ban, but it’s likely to take several weeks to implement. So far only a broad outline has emerged. Azar says that all non-tobacco flavoured products will have to be taken off the market 30 days after the rule comes in; manufacturers will be able to seek FDA approval, but in the current climate they’re unlikely to get it. Tobacco-flavoured products can continue to be sold but will need FDA approval by May 2020.

It’s hard to overstate the impact of this ban. Research has shown that moving to non-tobacco flavours is an important part of the quit process for former smokers, and that’s going to be a lot harder now. It’s likely that many people will try to mix their own flavoured liquids, possibly using unsafe ingredients. A huge swathe of small businesses also face annihilation. Most vape shops depend on liquid sales, and the range they can offer is about to be reduced to a fraction of what it is now. Thousands of liquid manufacturers are also likely to go under.

In the latest hysterical over-reaction to the lung disease outbreak, CNN has announced that it won’t run advertisements for vapour products anymore. A spokesman said, “Given the recent news reports of serious illnesses and deaths linked to the product category and the subsequent warnings … CNN has revised its policies regarding e-cigarette advertising, and will not air ads in this category effective immediately.”

CNN did go on to say that they might lift the ban “if new facts come to light,” although the relevant facts have already come to light – the US disease cases are caused by contaminated liquids being sold on the black market.

Britain’s Chief Medical Officer has issued a vague warning about the safety of e-cigarettes. Dame Sally Davies, who’s due to step down later this month, made the comments in an interview with Civil Service World, but while they’ve been picked up by the media she didn’t actually say anything new.

Davies, a controversial figure best known for telling people to think about cancer every time they pour a glass of wine, called for vaping to be banned in public places, claiming it sets a bad example to children for e-cigarettes to be “smoked” publicly. The real story here is that someone with such a senior health position is ignorant enough to confuse vaping and smoking, but sadly this isn’t unusual.

In a rambling interview Davies trotted out a long line of old claims, including that people “may be upping their nicotine addiction by using (e-cigarettes) as well as smoking” – apparently unaware of the principle of self-titration, where people get as much nicotine as they want then stop – and asked “Is this a ticking time bomb?” If so it’s been ticking for 16 years now and shows no signs of exploding.

Vapers in New York state are facing a flavour ban whatever the federal government decides to do, after governor Andrew Cuomo used his executive powers to ram a new anti-vaping law through the state legislature. Talking to journalists last Sunday the Democratic Party politician, who has already pushed through an over-21 law for vapour products and ordered an investigation into manufacturers, announced that he was banning all flavours as part of an emergency executive action. The justification for calling it an emergency is the “teen vaping epidemic” that’s regularly trotted out to explain these laws. Cuomo also said the state police and health department will be carrying out undercover investigations to find retailers who sell to under-21s.