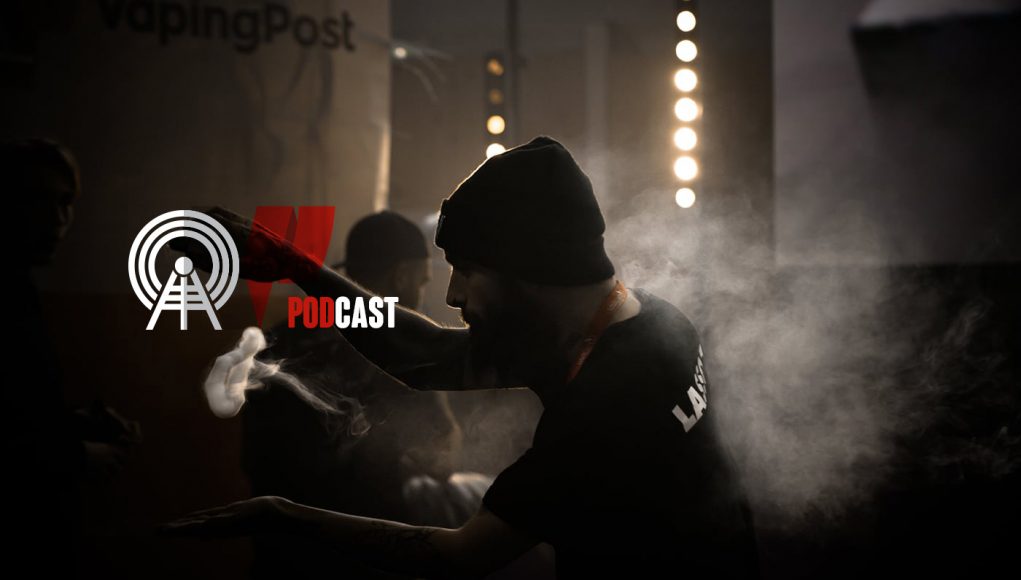 Thank you for tuning in. My name is Michael McGrady, and I am your host and the public policy columnist for the English edition of VapingPost.com. We are happy to present our first ever episode of Vaping Weekly Update.

In addition to our special reporting and a series of highly anticipated interviews in the next few weeks, we plan to produce weekly news updates that highlight the most important stories that impact the domestic and international vaping and tobacco harm reduction communities. Now that the ice is broken, here is the news that vapers, shop owners, and activists need to know for this week, ending on Dec. 7.

First, the U.S. state of Alaska announced earlier this week that public health authorities have identified their first case of the e-cigarette, or vaping, product use associated lung injury (EVALI) diagnosis. Alaska has long been one of the only U.S. states not to report any noteworthy case of a vaping-linked lung injury.

Current numbers on the EVALI epidemic show that there are over 2,000 diagnoses of EVALI, with the majority of cases tied to contaminated or illicit vapor products that contain THC or CBD. The Centers for Disease Control and Prevention report that most of the cases are not exclusively linked to one brand or type of product. CDC data also reports that nearly 50 deaths have been tied to EVALI at the time of recording.

On a similar note, the CDC released the most recent findings from the National Youth Tobacco Survey. According to the CDC, youth tobacco use is at a 19 year high. New data from the survey show that 6.2 million middle and high school students use tobacco. This data also shows that e-cigarettes and other risk-reduced tobacco products are tied to the trends of youth uptake. NYTS data also shows that e-cigarettes are the most common products used by youth for the sixth year in a row.

As we turn to the legislative branch, members of the U.S. Senate have advanced President Donald Trump’s new pick for commissioner of the Food and Drug Administration, named Dr. Stephen Hahn, the chief medical officer of the M.D. Anderson Cancer Center in Houston, Tx. The Senate Health, Education, Labor & Pensions Committee pressed Hahn on the topic of underaged vaping during a critical confirmation hearing.

Senators asked Hahn if he will take action against vaping and e-cigarettes, but he responded with very broad responses. At the end of the hearing, Hahn enjoyed bipartisan support with an 18-5 vote in favor of his nomination advancing to the Senate floor for a vote by the committee of the whole. Even Sen. Mitt Romney, R-Ut., voted in favor of Hahn, despite his long seated opposition to vaping.

In scientific news, Prof. Kirk Jones of the University of California, San Francisco, recently announced that a patient inflicted with an e-cigarette injury shares the same symptoms as industrial metal workers diagnosed with a rare lung injury. The findings for this study were published in the academic European Respiratory Journal, documenting the situation. According to the findings, the unnamed e-cigarette user in question is inflicted with a lung injury known as hard-metal pneumoconiosis despite not having been exposed to metals like cobalt or tungsten. This condition causes distinct scarring in the lung tissue.

“This patient did not have any known exposure to hard metal, so we identified the use of an e-cigarette as a possible cause,” Jones said in a statement. He added that this is the first known case of this lung injury, linked to the use of a vaping device.

Now, let’s take a short break. We will resume with international headlines after these messages.

On the international front, the global environment of vaping is also facing a series of new challenges as world governments continue to adopt overly aggressive policies against the behavior and tobacco harm reduction.

Notably, the Philippines is now the backdrop for controversial President Rodrigo Duterte and his hardline stance on e-cigarette use. International wire services have collectively reported that Duterte intends to arrest e-cigarette users while simultaneously working towards a national prohibition on the entire class of products. He characterized e-cigarettes as toxic, further claiming that his actions are to protect public health and young people.

Duterte’s position on vaping is noteworthy and certainly concerning due to his known track record of mass arrests and also carrying countless numbers of extrajudicial killings against drug users. Human rights groups have taken issue with the president’s drug control legacy. But, international health advocates have since cheered his nationwide ban on e-cigarettes.

Headlines out of the European Union also offer a depiction of the tobacco control environment across the Atlantic Ocean. A few weeks ago, public health authorities in Belgium reported that an 18-year-old man died after having used an e-cigarette he was given as a birthday gift. Medical professionals at the Saint-Luc University Hospital in Brussels indicate that the now passed, named Raphaël Pauwaert, used a legal CBD vaping product.

A hemp industry group indicates that the need for regulations in the European Union is underscored by the death in Belgium. The European Industrial Hemp Association called on E.U. regulators to finally formalize CBD regulations, which include moving forward the rules that prohibit the use of suspect additives like vitamin E acetate. We are still awaiting new developments on this topic.

This concludes the Vaping Weekly Update for Saturday, Dec. 7, 2019. Stay tuned for our upcoming special report on consumer innovations in the verticals of vaping and snus. Not to mention, don’t miss our first Vaping Weekly Unfiltered interview with the former Winston Man himself, David Goerlitz.

Listen to Vaping Weekly on Spotify, Apple Podcasts, Google Podcasts, PocketCasts, or where ever you get your podcasts. Click search, type in “vaping weekly,” and click subscribe.