This past year has been one of the toughest for the vaping industry. Despite the fact that the infamous EVALI outbreak affected mainly only the US, the fear and misinformation that arose as a consequence, is still reverberating across the globe.

Newest data from the US Centers for Disease Control and Prevention (CDC), have finally confirmed that the “vape related” lung disease, was caused by Vitamin E Acetate Oil, found in THC Vaping Cartridges, not regulated nicotine e-liquids. Despite this, vaping bans are still spreading like wildfire.

The most tragic part of all this, are the increasing reports of vapers turning back to smoking, after being brainwashed into believing that vaping is riskier. An annual vape predictions post on AshTray Blog, has gathered the opinions of scientists, consultants, lawyers, manufacturers, activists and analysts from around the world, in an attempt to paint a picture of what may await the industry in 2020.

“Vapers and public health have a common enemy, yet the anti-smoking health organisations think we are part of the enemy. We need to change that perception.”Ghyslain Armand, The Vaping Post

Former director of Action on Smoking and Health (ASH), Clive Bates, said that deciphering what is truth vs fiction from the panic spread by the media and what are considered by most, reliable health entities, will be the main challenge. “The challenge for 2020 and beyond is to get back to facts and reality, and keep the hype, lies and moral panic in check.”

“The challenge for 2020 and beyond is to get back to facts and reality, and keep the hype, lies and moral panic in check.”Clive Bates

Anti smoking crusader David Sweanor added that this misinformation will create a further lack of trust in governing bodies. “We will see malicious and ill-judged attacks on vaping reflected in diminished overall trust in government bodies and ‘experts’.”

Talking about the senseless vape ban recently implemented in India, Director of the Association of Vapers India (AVI) Samrat Chowdhery, said that this measure will prove counterproductive. “[An Indian vape] ban will create a black market for these products even as the current vendors exit or move to the Middle East.”

Renowned  Public health social scientist Professor Gerry Stimson thinks that hope lies in the hands of consumers. “I hope 2020 will see a rise in consumer activism, legal challenges to bans, and growing recognition of the right to choose and the right to use. Harm reduction is a human right, including the right to access safer alternatives to smoking.”

Unsurprisingly, E-Cig Intelligence Director Tim Phillips, thinks that the coming year will be not be a positive one. “Beyond 2020, I am still optimistic about this sector. The long term prospects are good… but I’m afraid I don’t have much optimism for next year, it’s going to be pretty tough.”

While medical director of Nicovape Dr. Atila Danko, thinks that lawmakers will realise that some form of sensible regulation is more ideal than prohibition. “Slowly but surely more people in Government and Public Health will see that some sort of regulated, legal access for consumers has to be allowed to reduce the problems of the black market.”

Meanwhile, the Vaping Post’s very own Ghyslain Armand, emphasized the importance of differentiating the vaping industry from the tobacco industry. “Vapers and public health have a common enemy, yet the anti-smoking health organisations think we are part of the enemy. We need to change that perception.” 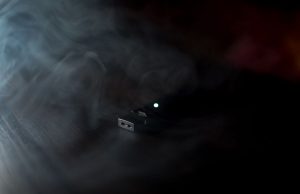