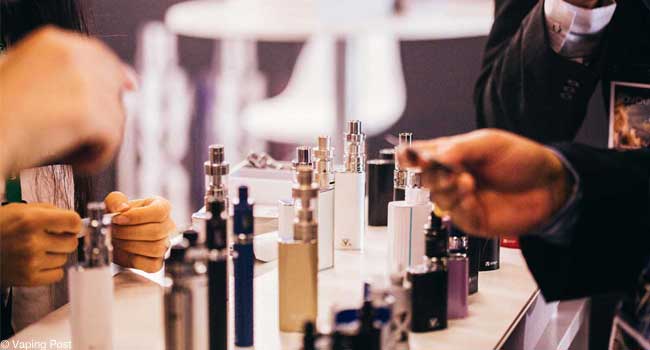 In a 2018 press release, the PHE had released findings from an e-cigarette review that was conducted by leading independent tobacco experts. This release updated the organization’s 2015 vaping report, indicating that vaping is at least 95% safer than smoking.

Additionally, the revised report had included data related to vaping rates amongst adults and adolescents, public attitudes towards e-cigarettes, the impact on smoking cessation attempts, the levels of risk of e-cigarettes and also a review on Heat not Burn (HnB) products.

Meanwhile, a recent study titled, “Invalidity of an Oft-Cited Estimate of the Relative Harms of Electronic Cigarettes,” claims to prove that these often cited figures pertaining to the relative safety of e-cigarettes, are not valid.

“At best, the authors try to show the absolute risk of vaping is not zero and that some harm is plausible. In doing so, they are refuting a claim that neither PHE or RCP make and an argument not used by anyone sensible in tobacco harm reduction.”Clive Bates

On analysing this critique, public health expert Clive Bates pointed out that in reality, the study points out that the risk from e-cigarettes is not zero, so basically they are just reaffirming the same argument that both the PHE and RCP make. “At best, the authors try to show the absolute risk of vaping is not zero and that some harm is plausible. In doing so, they are refuting a claim that neither PHE or RCP make and an argument not used by anyone sensible in tobacco harm reduction.”

Most interestingly, adds a stunned Bates, the paper does not even address the claim that it was written to address in the first place. “ ..not a single word of their paper addresses the supposed foundation of their critique – that PHE/RCP are wrong and the risks of vaping are likely to exceed five per cent of those of smoking.”

“As well as a number of baseless assertions that are not even relevant to the “at least 95 per cent lower” relative risk claim (gateway effects, smoking cessation efficacy and second-hand aerosol exposure), there is just nothing in the paper about the relative magnitude of smoking and vaping risks. No analysis, no data, no evidence – nothing that discusses relative risk and why PHE/RCP are supposedly wrong. Niente. Nada. Rien. Nichts. Nothing,” concluded Clive Bates.