As of last May, menthol cigarettes have been banned across the EU as per the European Union Revised Tobacco Products Directive (TPD). Despite Brexit, this ban also applies to the UK and includes capsule, click on, click & roll, crushball or dual menthol cigarettes, and excludes vaping and heated tobacco products. The measure has gone into effect on the 20th of May, and anyone caught selling the menthol products across the European Union (EU) could be fined up to €1,000.

“No person may produce or supply a cigarette or hand rolling tobacco with a filter, paper, package, capsule or other component containing flavourings; a filter, paper or capsule containing tobacco or nicotine; or a technical feature allowing the consumer to modify the smell, taste, or smoke intensity of the product,” explained Action on Smoking and Health (ASH).

An opportunity not a threat to big tobacco

PMI is expected to capitalise on the ban, and has gone as far as referring to it as a “huge opportunity” for its business.
Taking advantage of the ban, PMI UK has allegedly hired sales reps to promote its menthol heated tobacco products directly to newsagents. It has also been reported that the tobacco company has also offered promotional menthol kits and trials for new customers, with heet sticks in any of its four menthol flavours at half-price.

In response to the global decline of smoking rates, tobacco companies have been investing heavily in alternative products such as HnBs (Heat not Burn) like iQOS and Glo. As the first company to introduce a heated tobacco product in the UK which also comes with menthol refills, PMI is expected to capitalise on the ban, and has gone as far as referring to it as a “huge opportunity” for its business.

An article on Bureau, disclosed that not only is iQOS being marketed by PMI as “the closest alternative to a menthol cigarette”, but also that in an email to his staff, the managing director of Philip Morris, Peter Nixon, referred to the menthol ban as a significant opportunity. “…2020 is the most important year in history … The momentum of Iqos coupled with the menthol ban give us a huge opportunity. At the end of the year, I want all of us to look back and say, we gave it everything.”

The perfect time for menthol smokers to quit

John Britton, a professor of epidemiology and director at the UK Centre for Tobacco & Alcohol Studies at the University of Nottingham, said that while the ban is an excellent opportunity in helping smokers quit, tobacco companies will be doing utmost to convert their customers to their other products.

“The menthol ban is going to be bad news for a lot of smokers, who are going to find smoking less appealing, so it is a big opportunity for smokers to quit.” Tobacco companies will “want to minimise the numbers who quit and maximise the numbers who continue to buy products from them,” added Britton. 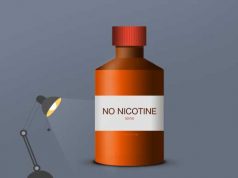 Differences in Nicotine Intake From Smoking Vs Vaping in Dual Users 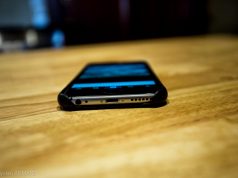