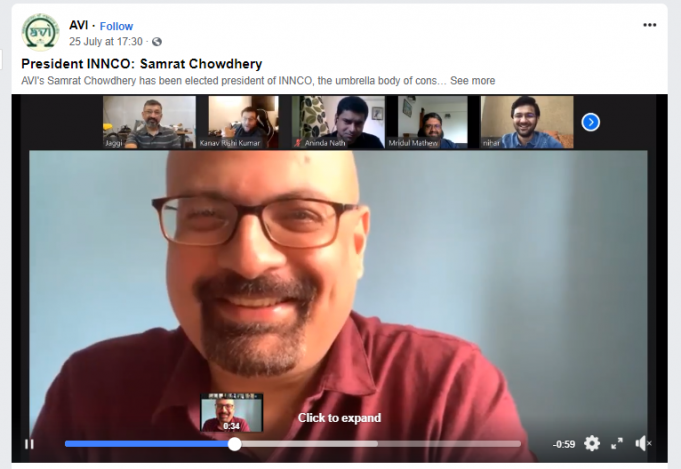 INNCO has been recognized with UN observer status and strives to promote tobacco harm reduction (THR) on a global level. The organization actively seeks to engage consumers in THR discussions, whilst working towards developing and strengthening its member organizations in the process.

Samrat Chowdery is a former journalist and a leader in THR advocacy in India. He is the founder of the Council for Harm Reduced Alternatives (CHRA) and also the founder-director of Association of Vapers India (AVI), the largest harm reduction advocacy group in India. In 2018 he was awarded the Advocate of the Year award at the Global Forum for Nicotine (GFN) in Poland.

“While harm reduction is a well-accepted intervention strategy in many fields, from addiction treatment to pandemic response, it is finding uncharacteristic opposition in tobacco use, which kills 8 million people every year.”Samrat Chowdery, President, INNCO

“While harm reduction is a well-accepted intervention strategy in many fields, from addiction treatment to pandemic response, it is finding uncharacteristic opposition in tobacco use, which kills 8 million people every year. Our goal is to ensure consumers have a say in the framing of global tobacco policies as they are affected the most by them,” said Chowdery when talking about his new position.

The other appointments made by INNCO include Ángeles Muntadas-Prim Lafita of Spain as Vice President, Rob de Lange of Netherlands as Secretary and Ingmar Kurg of Estonia as Treasurer. Apart from the office bearers, Asa Saligupta from Thailand, Tomas O’Gorman from Mexico and Claude Bramberger from France have been added to the governing body.

Meanwhile, whilst under Chowdery’s direction the AVI has been doing its utmost to fight unreasonable measures in India, such as a harsh e-cig ban in the state of Tamil Nadu, pushed by the State’s Health Ministry. Tamil Nadu has a population of around 72 million and the second largest state economy in India, so encouraging harm reduction would have a significant impact. However, politicians seem determined to follow the example of several other Indian states and ban the safer alternatives to cigarettes.