Facebook
Twitter
Pinterest
WhatsApp
“During the course of the investigation, detectives were able to identify that the Vape Shop employees were selling cocaine, crystal methamphetamine, LSD, and THC oil.”
The two people have been charged with selling narcotics, after the Louisa County Sheriff’s Office and Virginia State Police Narcotics and Gang Task Force, executed a search warrant on Lake Anna Vapes on the 10th of August. The investigation on the retail outlet started in January 2020, and the officers assigned to the case were allegedly able to complete multiple undercover purchases of narcotics from the retail outlet.

“During the course of the investigation, detectives were able to identify that the Vape Shop employees were selling cocaine, crystal methamphetamine, LSD, and THC oil,” read a press release. The Louisa County Sheriff’s Office is urging anyone with any related information to call heir office on 540-967-1234, or Crime Solvers at 800-346-1466.

Many vape business owners will no doubt be angered by such news, as the industry is already heavily scrutinized when operating within legal constraints, and struggles to prove that it has smoking cessation and harm reduction at heart. During the COVID-19 lockdown many public health experts had appealed to authorities to allow vape shops to remain open, in order to safeguard members of the public who use e-cigarettes to help them quit smoking.

The importance of vape shops

In Italy, renowned respiratory system expert, award winning Dr. Riccardo Polosa had explained that keep tobacconists open whilst closing outlets that sell safer alternatives (as originally planned), would be ridiculous . “I got a little bit cross. And the next morning I launched a number of declarative statements,” said Polosa.

The professor pointed out that in this particular situation of high anxiety and stress, people will smoke a lot more at home where they are confined hence exposing not only themselves, but also their families to the risks of tobacco smoke, particularly their kids. The professor added that there are thousands of vapers who are former smokers across the country. In the event that vaping products are no longer available for purchase, it is very highly likely that these would resort back to smoking.

“I called the National Association for Electronic Smoking (ANAFE)  which is the most important organization of producers of electronic cigarettes and e-liquids in the country, and they have political links and connections with the government, and through them I signaled these problems. And the fact that it was extremely unfair for smokers to not be able to have the chance to switch to reduced-risk products,” said Polosa at the time. 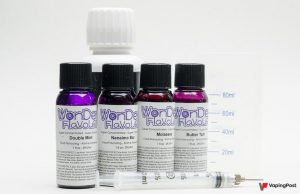 Diane Caruana - September 28, 2021 0
In December 2020, Health Canada proposed a nicotine limit of 20 milligrams per milliliter (mg/ml) for all vaping products. This proposal came in response...