So what happens when a vape company does a poor job manufacturing their e-juice and cuts corners that shouldn’t be cut to produce e-liquid for cheap? The possibility that their e-juice is contaminated may very well increase, leaving some vapers almost surely wondering why they ever considered buying and vaping cheap e-juice in the first place.

One study, which was published in the Medical Journal of Australia, tested various e-liquids sold online and over-the-counter and found some of the e-liquids to contain by-products of animal or human bodily functions and ingredients commonly used in the manufacturing of flavorings, detergents, solvents, and soaps.

Another study, carried about by researchers from Harvard University, found some e-juices to be contaminated by harmful bacterial and fungal toxins, giving vapers with a very good reason to carefully consider the quality of the e-juice that they’re vaping.

Vaper Empire, one of Australia’s leading vape brands, takes the quality of their e-juice very serious. Which is why all of the company’s vape juices, from their Caramel Tobacco to their Sweet Menthol, are made to EU standards inside of state-of-the-art cleanrooms. Only pharmaceutical-grade nicotine and high-quality ingredients are used in the production of Vaper Empire’s TPD-tested e-juice.

The complete line of Vaper Empire e-liquids can be found at Vaper Empire’s online vape store. Vaper Empire vape juice is available in many different flavors, multiple nicotine strengths, and can be purchased in different sized bottles as well as in prefilled vape pods and e-cigarette cartomizers. 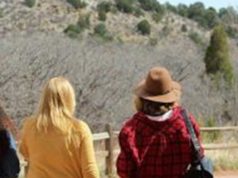 US: New CDC Data Confirm Decline in “Tobacco” Use

Study Looks Into Long-Term Effects of Vaping on Minors

Hi, this article helped me a lot. thanks a lot

Science Diane Caruana - January 15, 2021 0
Since vaping is only suggested as a safer alternative to smoking and/or as a quitting tool, it would have been ideal if the researchers...

Community Diane Caruana - January 14, 2021 0
The Nevada Department of Health and Human Services and Division of Public and Behavioral Health is hosting the Public Health Cannabis and Vaping 3-Day...

America Diane Caruana - January 14, 2021 0
The proposed rules include a ban on the sale of nicotine products in pharmacies, and within five miles of schools, and a ban on...