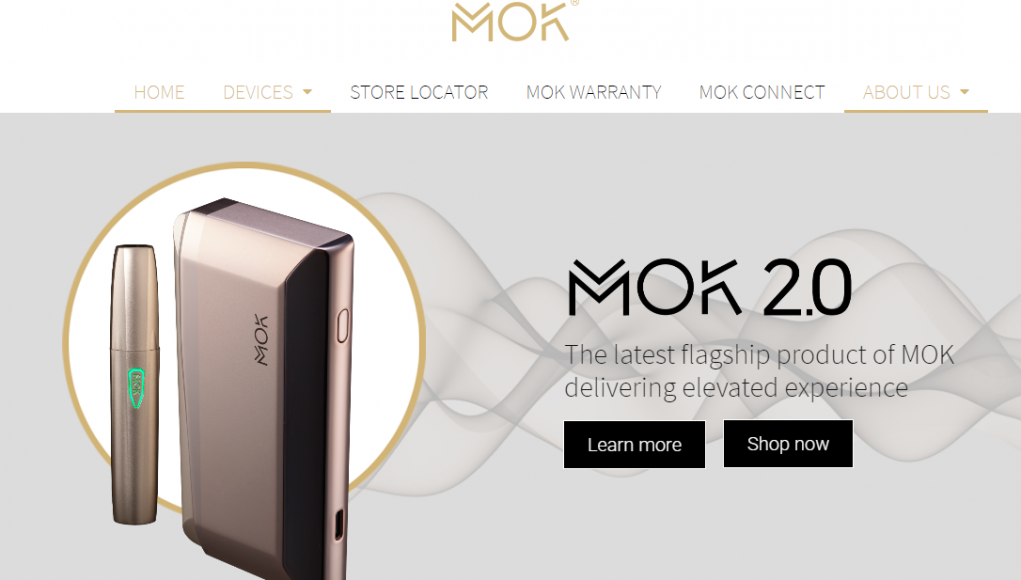 Facebook
Twitter
Pinterest
WhatsApp
“Just like iQOS, MOK works by the insertion and heating ot tobacco sticks, which in this case are called “COO” instead of “HEETS.”
“The MOK experience is as close to smoking one can get, without actually setting fire to tobacco. All MOK devices uses ‘heat-not-burn’ technology, which significantly reduces the production and exposure to chemicals found in a conventional cigarette. Using the MOK HeatMaster system, tobacco leaves are heated and in process emits slightly visible vapor and tobacco flavor without the hassle of conventional smoking. No more ashes, no more smelly odors, and most of all, no more cancer-causing chemicals,” said MOK marketing manager in the Philippines Cax Mayuga, as quoted by the Manila Standard.

“We understand the needs and wants of millions of cigarette smokers who are looking for better and more satisfying cigarettes. MOK gives smokers, a much better choice of cigarettes with the elegant union of technology and tobacco that promises a satisfying experience that make it easier for people to transition to a better and more responsible alternative,” he added. Just like iQOS, MOK works by the insertion and heating ot tobacco sticks, which in this case are called “COO” instead of “HEETS.”

Meanwhile, PMFTC, a joint-venture company between Philip Morris Philippines Manufacturing, Inc. (PMPMI) and Fortune Tobacco Corporation (FTC), has now opened four IQOS stores in the Philippines. Found in the following locations: Eastwood Mall in Libis, Quezon City; SM Mall of Asia in Pasay City; SM Southmall in Las Piñas City; and Estancia Mall in Pasig City, the stores will be selling the IQOS devices, heat sticks and a range of related accessories, strictly to anyone who is 21 years or older.

These products have been made available following the recent approval of a bill regulating the manufacture, sale, and distribution of vaping products and other electronic nicotine and non-nicotine delivery systems.

Known as the “Non Combustible Nicotine Delivery System Regulation Act of 2020”, the bill has been voted for by a total of 88 congressmen. “Recognizing the need for a viable alternative to combustible cigarettes, governments around the world and leading public health institutions have explored the concept of harm reduction as a public health strategy to combat the smoking epidemic,” said Deputy House Speaker Deogracias Victor Savellano.

The Philippines is known to follow US regulations very closely, and last July the FDA had authorized the marketing of IQOS as a modified risk tobacco product (MRTP) with a reduced exposure claim.